The Toronto AutoShow (officially called the 2010 Canadian International AutoShow) brings the best of what's to come in the automotive industry to the Metro Toronto Convention Centre for the next week or so.

I was invited to a preview of the AutoShow on Thursday, where they were revving up for the show, displaying the latest model cars (and cars with fashion models). Why cars can't be shown off on their own merits in 2010 remains a mystery. 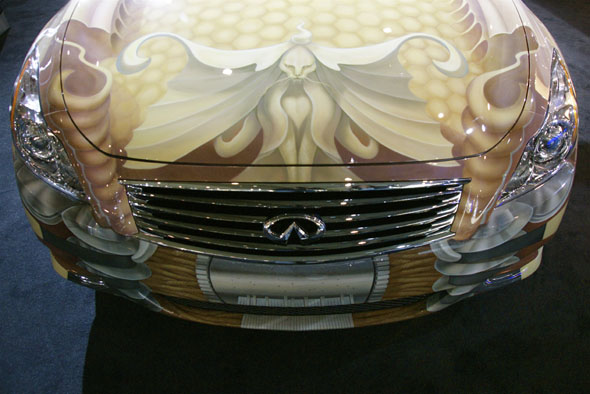 After being subjected to rail-thin mannequin-like models (more on that further below) unveiling the latest models of cars by Honda and Lexus, it was refreshing to see a real person showing off a beautiful, complex machine made of metal, and in this case, paint.

The most breathtaking car in the entire show was this one-off Infiniti Art Car, designed by Montreal's Heidi Taillefer (pictured in lead photo and below). 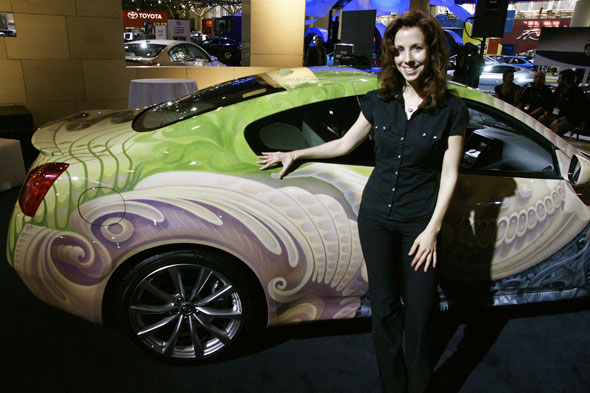 Named Ligozzi after Jiacopo Ligozzi, the Florentine renaissance artist, the work is a custom-painted Infiniti G37, commissioned through Cirque du Soleil in celebration of both company's anniversaries. It's to be auctioned off for Canadian Art and the One Drop Foundation, the charity of Cirque's Guy LaLiberte.

At first blush, the Infinity Art Car appeared to be one of those Pimp My Ride style jobs, but on closer inspection, real talent went into the detailing of the design that made this beautiful car really stand out. It kind of reminded me of how Apple turned the computer industry on its head with their wacky designs (remember their Flower Power iMac?), moving away from the bland beige of last century's personal computers.

"It took me 300 hours to paint it," says Taillefer. "They gave the car to me sanded. It's washed with a grease and silicone remover. I put a gesso primer on it that's specific for metal surfaces. Then I got an acrylic UV- and weather-resistant paint, which came in all these cool colours designed for metal surfaces."

Perhaps there is a future where automotive and art intersect? 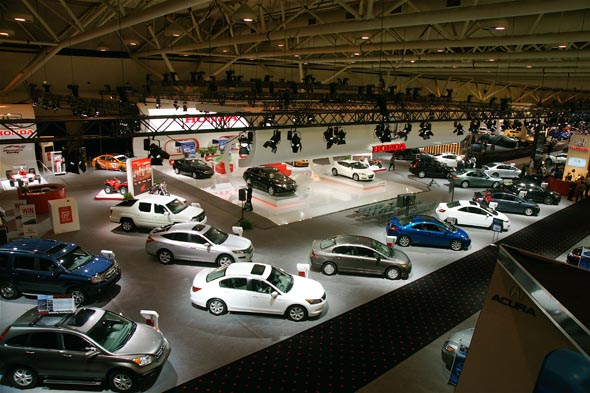 The rest of the show left little to get excited about this year. 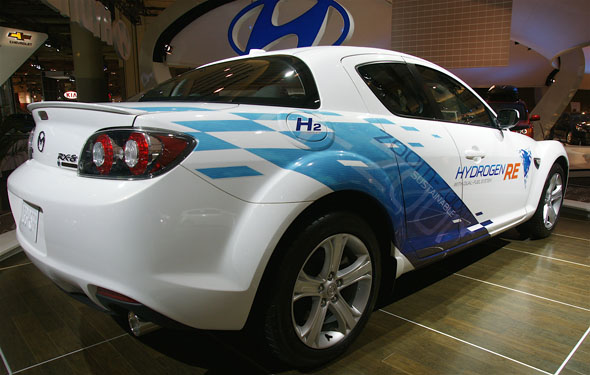 There is an assortment of green vehicles, such as Mazda's RX-8 Hydrogen RE, currently being driven on public roads in Japan and Norway. 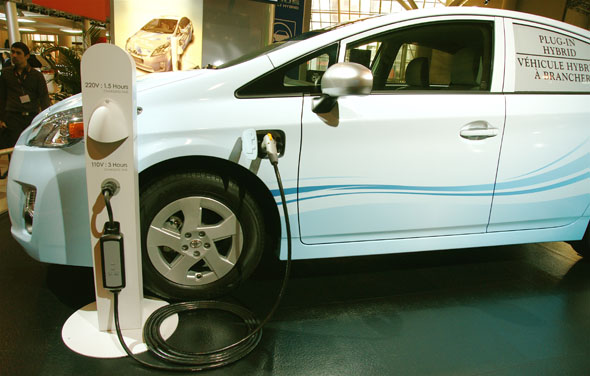 Other green initiatives on display include: Ford's Escape Hybrid and Fusion Hybrid, the Chevrolet Volt, the all-new 2011 Honda CR-Z Hybrid sports car, as well as the Honda Insight and Honda Civic Hybrid. Toyota also now have hybrid models in their Prius, Camry and Highlander lines, but I'm not so sure they've won back consumers' confidence after the recent massive recalls. 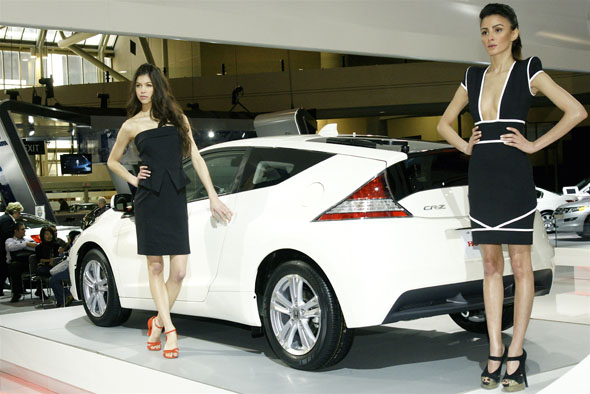 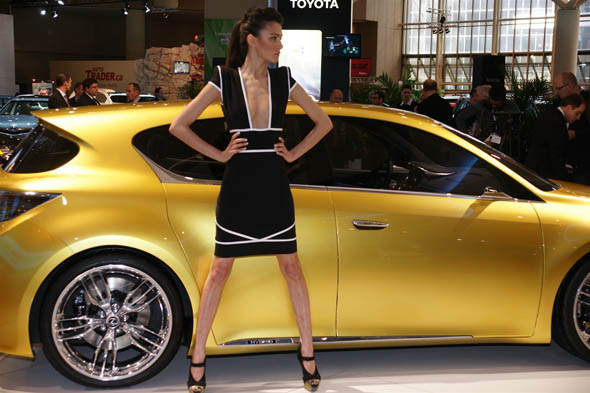 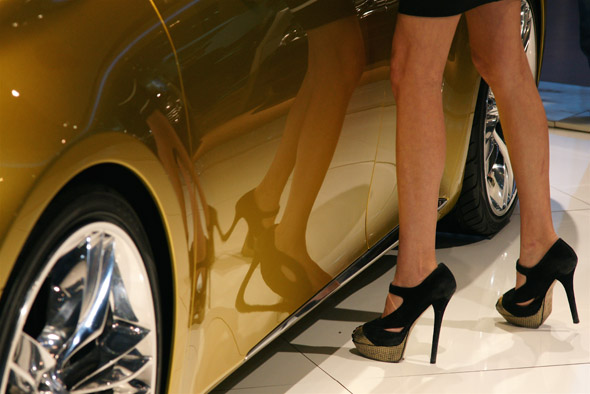 If thin models and Japanese import cars aren't your thing, there's still lots of other stuff worth checking out at the AutoShow in Toronto. 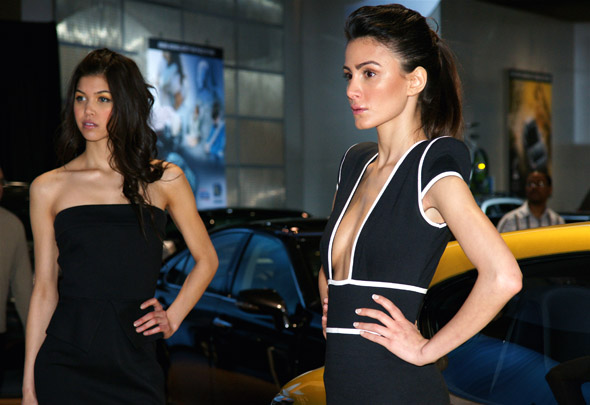 There's the Shelby Showcase, Cruise Nationals, a slick Lamborghini, a handful of classic cars (to be auctioned off this coming April) and even some fancy Harleys. 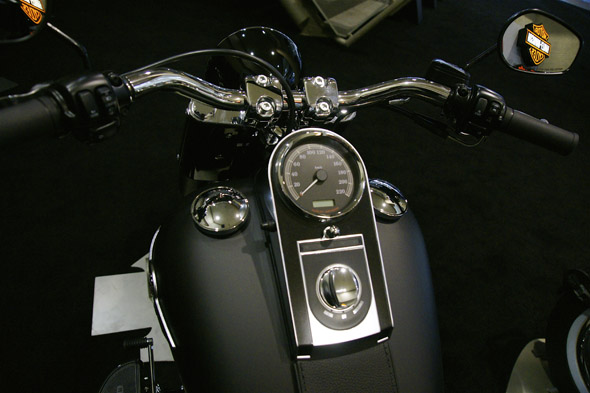 The AutoShow runs until February 21. Tickets are $20 for adults and $7 for children, or $40 for a family pass.

More photos of the latest fast cars in this slideshow: