Quite early one morning we decided to pay the site a visit, a friend having spotted it some weeks beforehand while passing nearby. The neighbourhood, housing mostly active trades, was vacant this early in the day. The thick gray clouds above us contrasted sharply with the industrial relic we sought, relegated now to the obscure obsession of a curious few. 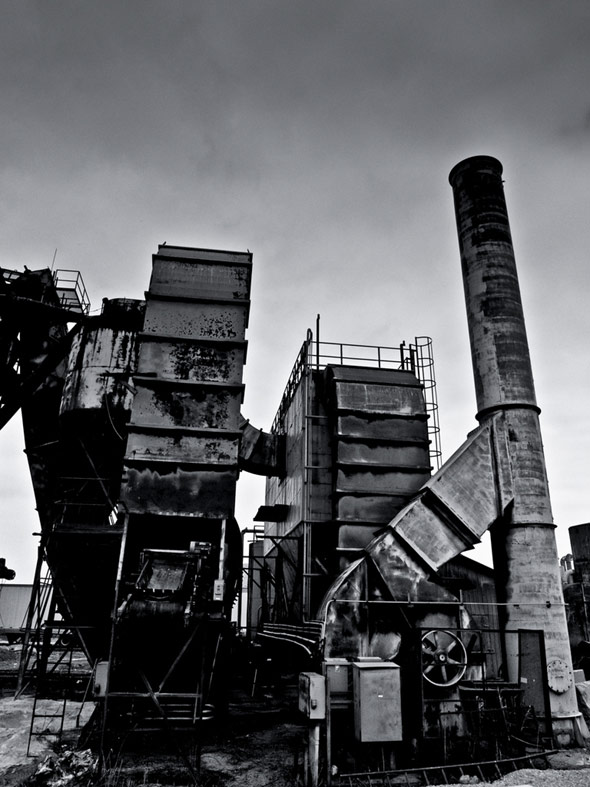 I subsequently found some old city meeting minutes (2005) detailing the land use of an adjacent property. Sadly, it only makes reference to the grain elevators in question tangentially. 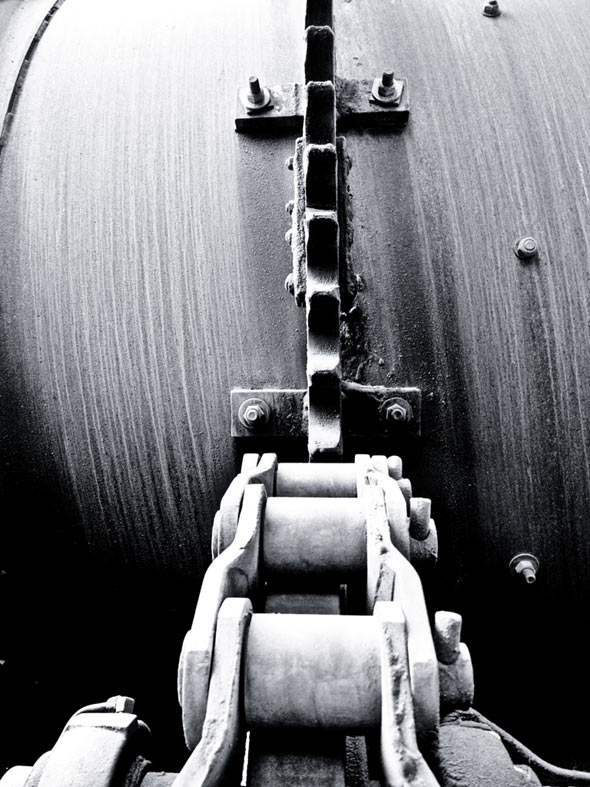 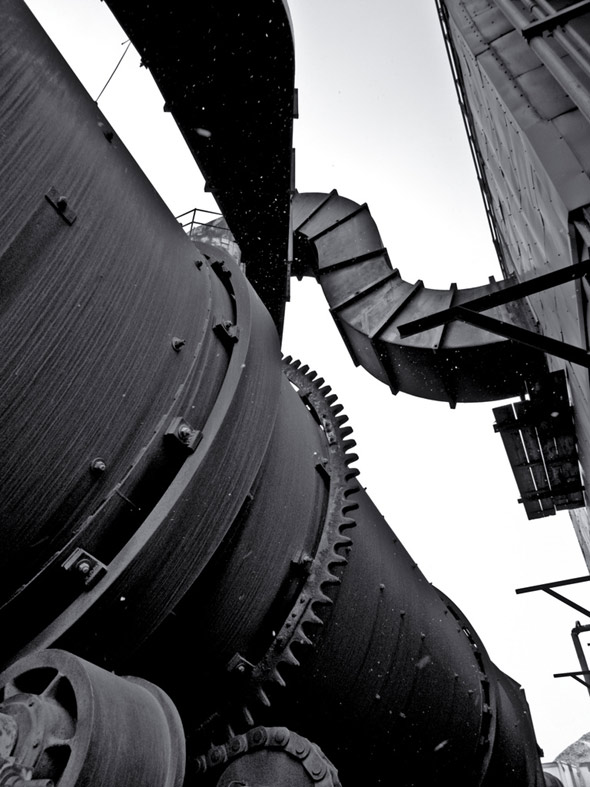 (a mom-and-pop company) wished to create an additional driveway to its property, and were to remove the foundations of the building that once adjoined our tall steel friend to do so. According to the minutes, the 3-storey grain elevator section would be kept 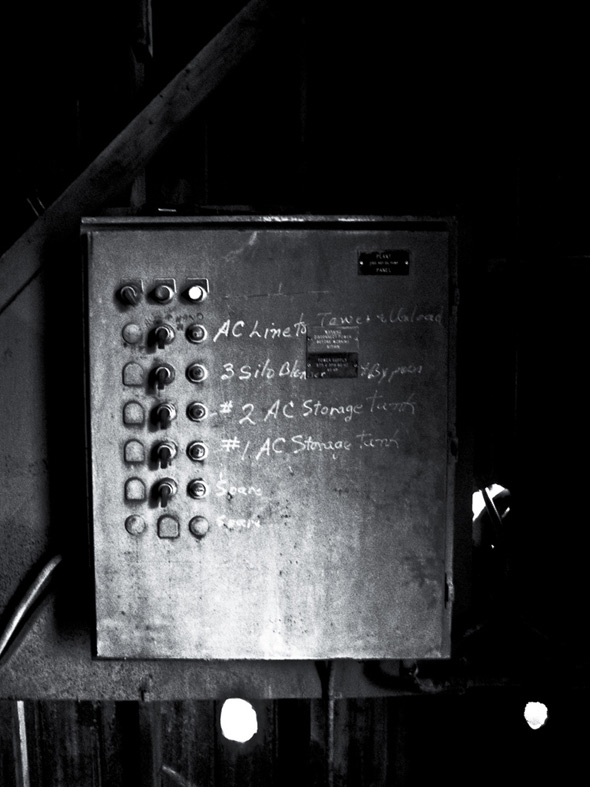 "in its present location, in a non-operational state."
For a maze of metal which at first seemed so cold and sterile, the curvature of many of the mechanical components revealed themselves quite beautiful and flowing in parts. I wonder how it must have sounded while alive...
Many of the sheds and stalls still contained artifacts, which although small and sparse, gave us some hints as to the work that went on at the site while active... 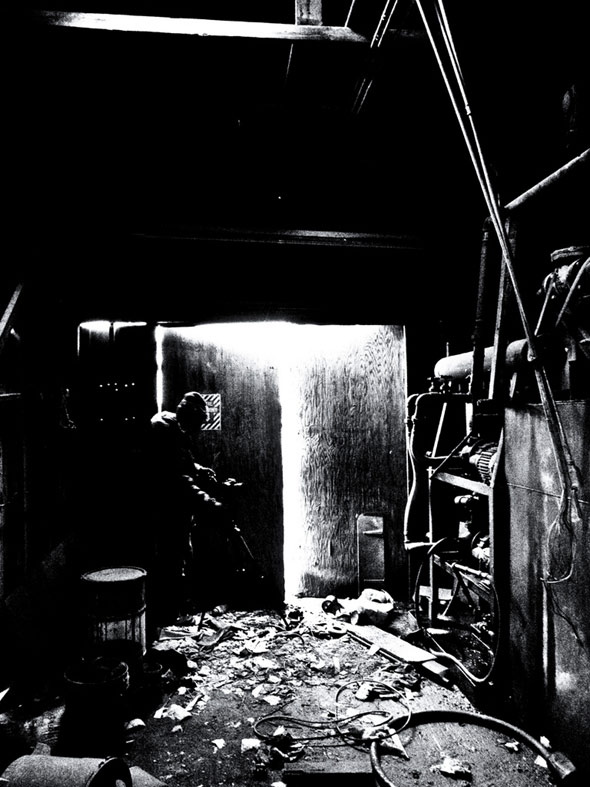 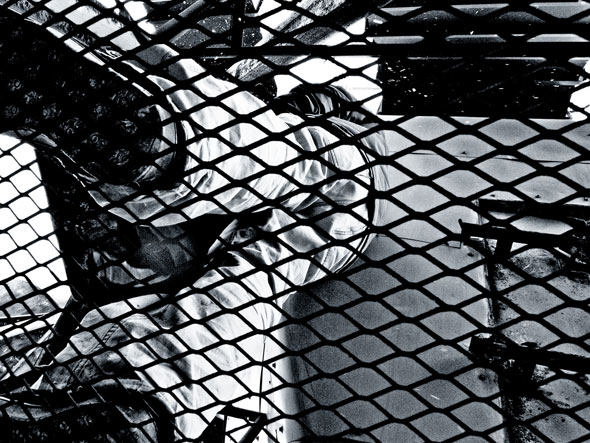 One small office still had its original floor tiles and other such aesthetic details, not to mention a wall festooned with faded Sunshine Girls dating to the early 80s (judging by the hairstyles)... 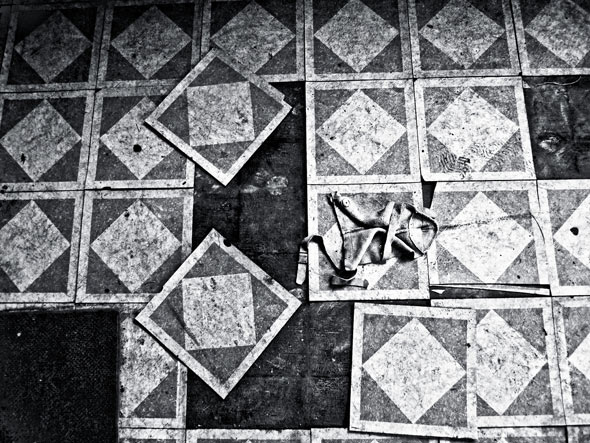 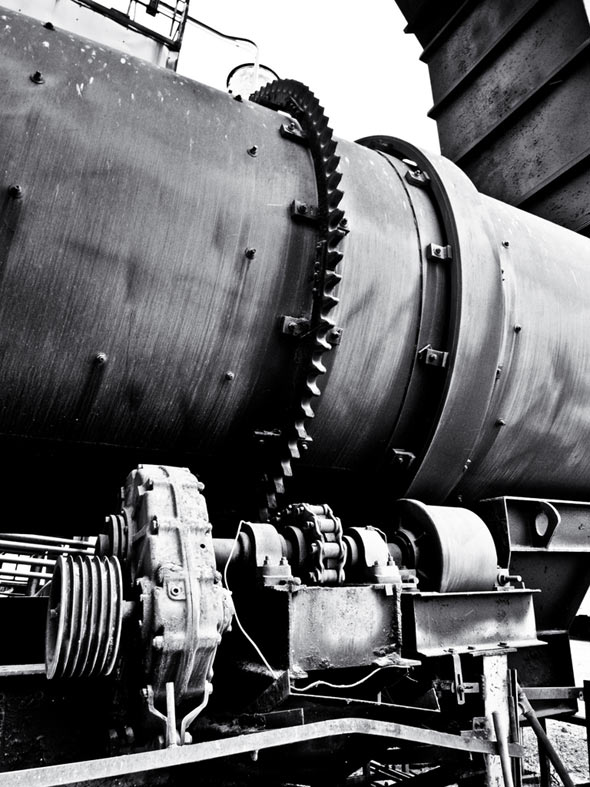 I was asked recently why I take photos of these dark places. They asked why I see them (or use them) as dark playgrounds. 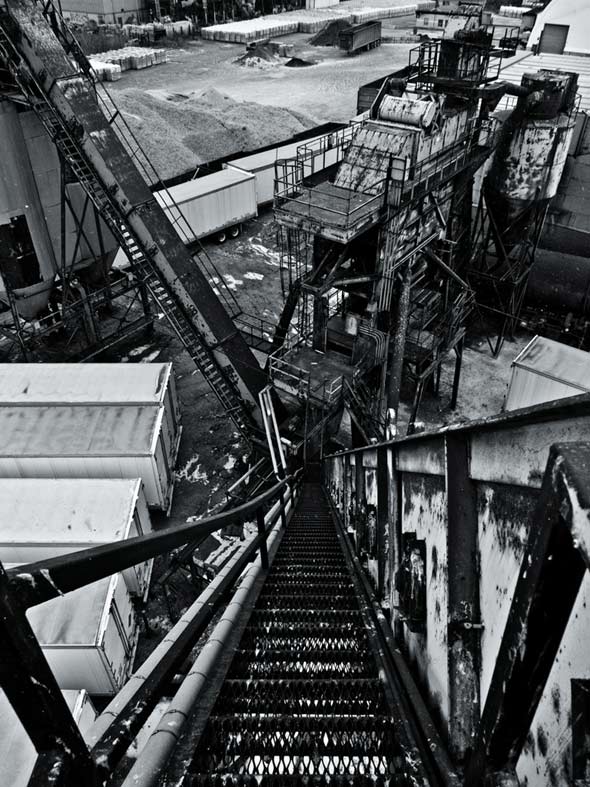 I do not recall exactly how I replied, but my response most likely took the general tone of justification, sadly. I probably mentioned their expressions of silence, their ode to a world not remembered by most -- in short, a lot of bullshit dancing around the fundamental question.

To be honest, I am looking for something, a question most likely. I have the answer, and it is decay in our surroundings, unrest within the built environment. On a more fundamental level, it is that underlying pain that makes our days uneasy, and makes restless our nights. Like these buildings, it is something we live with, but too often do not question.

The existence of these places makes very little sense to most -- which is precisely why they become places of intrigue. It is the questions that draw me to these places.

As I stood back looking upward at the sculpted metal, I was left with only one question, forever asked, and forever unanswered: "What was it that so darkened our world?" (Sebald, 'Austerlitz', 64).

(To see the rest of the snaps from this dark and beautiful place, as well as high-res. versions of those above, you can visit my flickr slide-show below.)