The building that currently houses the Fox and Fiddle pub at John and Adelaide will be taking a bit of a trip soon - up a foot or so, and then across the street for a short rest before it gets moved down the block a few dozen yards to its new home near the base of an as-yet-unbuilt 42-storey condo tower.

It's a rare instance where the city's heritage authorities have prevailed over developer convenience and set in motion the most dramatic of preservation actions, and Christopher Borgal has made it happen. 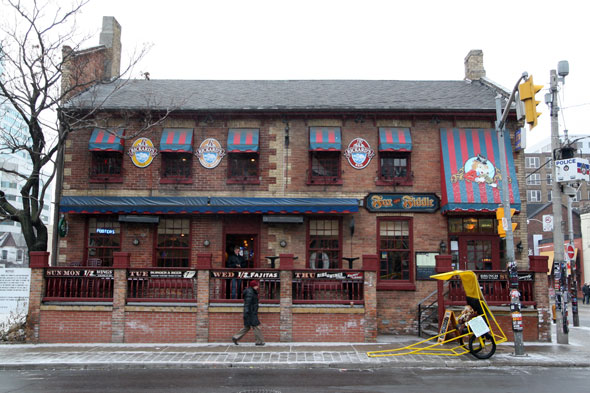 Borgal, a partner in Goldsmith Borgal & Company, is an architect with a conspicuous record of heritage projects, and a resume that includes memberships in Heritage Canada, the Association for Preservation Technology and the Society for the Study of Architecture in Canada, as well as a presidency of the Architectural Conservancy of Ontario. His firm recently oversaw the shifting of the James Cooper Mansion near Sherbourne and Bloor a few feet to make way for another tower, and he's been working with Hariri Pontarini Architects to give the onetime row houses at John and Adelaide a second life. 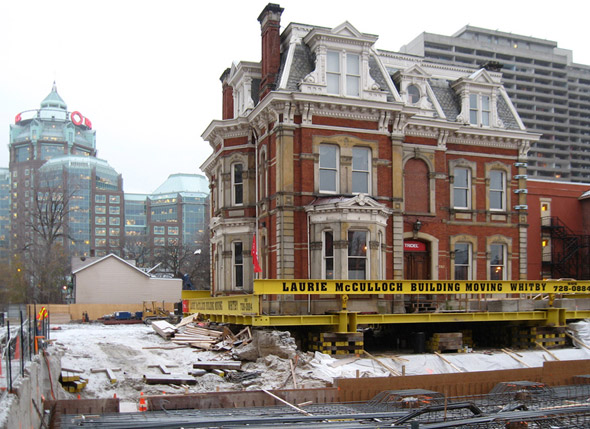 Still, the shifting of what the city's heritage inventory calls the Richard West Houses is, according to Borgal, not the most desirable option. "We typically try not to move the buildings, because we try to keep them in their original context, but the development pressures in some sites are that it's a better move to protect the building, both visually and historically. It's done as a last resort, rather than demolition, to move it to another location." 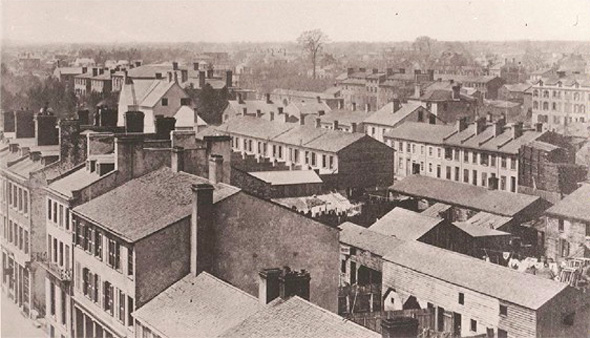 In old photos, the Richard West building is lost in a sea of similar row houses, built in 1869 in what was called "New Town" - 19th century urban sprawl, basically, radiating out from the city's historical centre on King Street East near Church and Parliament. Preserving them was obviously a city priority, as the background document published last year supporting Borgal's move details how Pinnacle, the site's developers, had come to the city in the spring of 2008 suggesting that the building be removed from the site. Heritage Preservation Services was adamant that it be retained somehow, which brought Borgal into the story.

"In this case, keep in mind that this building is not original - it's been completely gutted, and there's nothing left of the original interior," Borgal tells me. "All that's left is the shell, and over a period of years the thing has been completely renovated inside, so we don't have a lot to work with in terms of the conservation context. 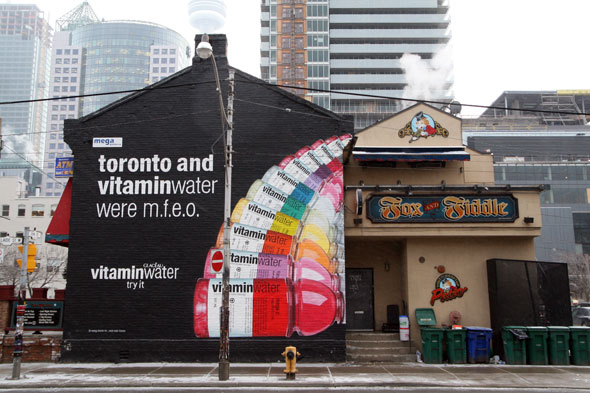 There are worse options, of course - demolition is obviously the worst of all, and Borgal is no fan of "facadomies," though his firm was behind the Bay Adelaide Centre, which incorporated the faรงade of Chapman and Oxley's 1926 National Building into its exterior. "At that point it becomes an issue of whether we can treat this as urban art rather than a building. It's basically not the building anymore - it's just the external fabric, and I'm not entirely enthused about the facadism notion, but in order to preserve the context, the developers have certain rights based on the zoning they have, and if they tear it all down we completely lose these buildings." 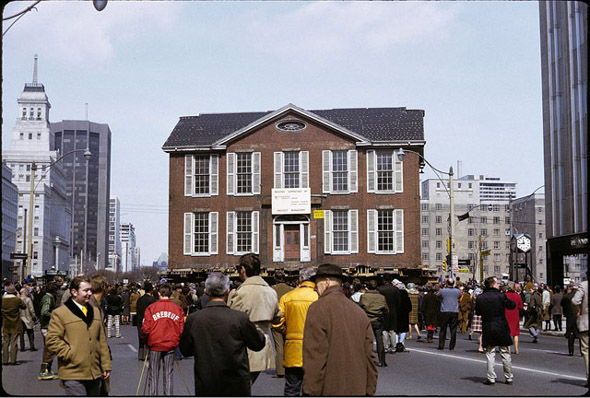 The history of moving buildings from one location to another is full of dramatic snapshots, none more so than the relocation of the temple of Abu Simbel in Egypt, which was threatened by inundation under the waters of the Aswan Dam in the mid-60s and moved 200 metres to higher ground. The most famous building relocation in Toronto history was Campbell House, the Georgian home that was moved across Yonge Street several blocks in 1972, from its original site near Adelaide and Frederick to the corner of Queen West and University Avenue. And Borgal points out that jacking up and moving homes from one community to another is a not uncommon sight in Newfoundland, especially in the remote outports. 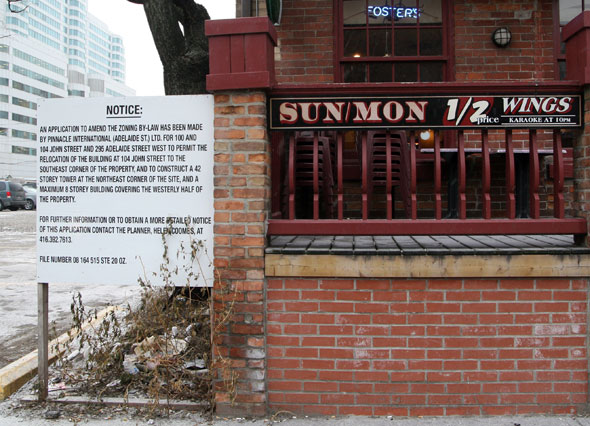 As for the Richard West Houses, they'll be making their journey sometime in the next couple of years, as Pinnacle has a completion date of 2012 on their condo project. There's an established science to building relocation, and the firms that specialize in this sort of thing will likely spend months jacking up and reinforcing it, but the move, Borgal insists, will probably take less than a day. "I would say it would be difficult to jack up a 50-storey office tower and move it, but technically it's possible, but you don't really want to get involved in something like that," he says. "There's no real limit - the only limit is cost."