The CN Tower was illuminated in gold last night (and all through the night), in celebration of Alexandre Bilodeau and his historic gold medal win in the men's freestyle moguls at the 2010 Olympics in Vancouver. His first place win was the first ever by a Canadian at an Olympic games hosted in Canada.

Although Toronto is well over 3000km away, his incredible winning moguls run was watched and cheered on by Canadian's the nation over. It was a truly tense, nail-biting and exciting experience to watch his winning run, and his main competition come after him but ultimately not overtake his score.

blogTO reader dasymetric took this great photo (above) of the CN Tower at 4:30am Toronto time this morning. 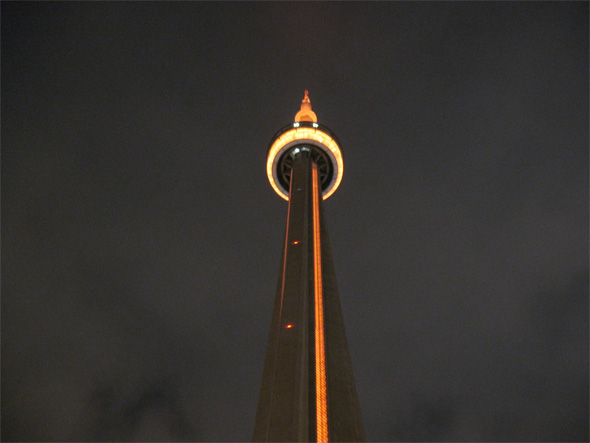 Canada now sits in 3rd in the medal count ranks with one gold, one silver, and one bronze.