7 Down, Only 48 Stories To Go For the New Toronto Four Seasons

While the plans for the new condominium at One Bloor East are becoming public, there is another major project nearby which is already climbing skyward: the Four Seasons Private Residences and Hotel. According to city documents, it will be 205 metres when completed. This is approximately the height of the Bay-Wellington Tower, currently the seventh tallest building in Toronto. The Four Seasons Private Residences will also be the tallest building north of Bloor, and will be one of the tallest residential buildings in the city. 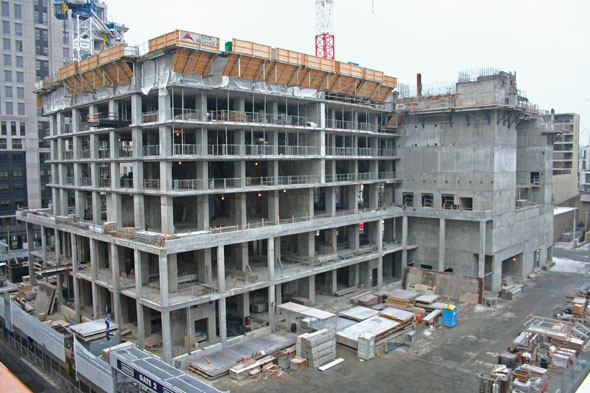 The project launched, literally, with a circus: Circus Orange performed at the groundbreaking ceremony, accompanied by fireworks. It is a fitting start to this flashy, ambitious project. The project will replace the aging Four Seasons Hotel on Avenue Road, and will also include 101 private residences above the hotel. The residences started at $1.9 million, and go all the way up to $30 million.

What will $30 million get you? It will get you a library, "galleria," theatre, study, several guest rooms, and a dining room that can sit fourteen. 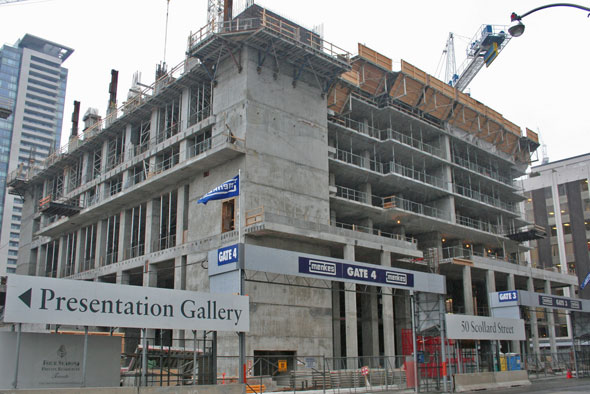 The project, despite its high price tag, has moved relatively quickly. Seventy percent of the residences were sold within a year of sales commencing. Ground was broken for the project in July 2008. By August of 2009 it had finished its foundations. And by early February 2010, the concrete frame for the seventh floor was completed. 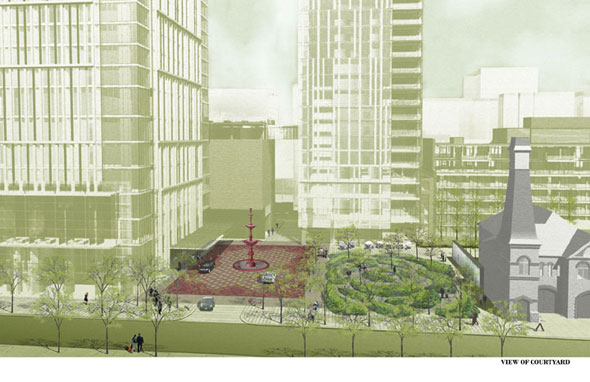 Although most Torontonians are unable to afford this level of opulence, the development will provide some public benefits. Aside from the simple fact that it replaces a parking lot and a car dealership with something a little more interesting, the project will also add some new parkland next to the Yorkville firehouse. And the building itself has been designed by Peter Clewes for architectsAlliance. Peter Clewes is one of the city's most acclaimed architects: he also designed the nearby 18 Yorkville, which won a Pug Award in 2006. 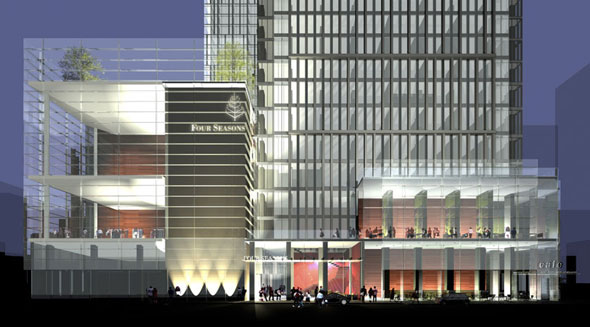 With 18 Yorkville and the Four Seasons bookending the block and new parkland in between, this will be one of the parts of Yorkville that has been most thoroughly altered from its original appearance.