In the wake of increasingly disturbing allegations leveled at the high-ranking staff and directors at the Toronto Humane Society, and counter-allegations that the charges were politically-motivated and the result of a decades-long fued between the OSPCA and the THS, Toronto animal lovers may be at a loss how to best direct their donation dollars and volunteer time, who to contact to adopt a domestic animal, or where to get help for strays or injured wildlife.

The official word from the OSPCA is that they urge continued support of "the animals in care at" the Toronto Humane Society. The THS still houses and cares for hundreds of animals but, according to the OSPCA, only a handful of these animals are healthy enough to be adopted at the moment.

To address public concern that dollars donated to help care for these animals might instead be used to fund the various legal battles that are brewing, a special fund has been set up with TD Canada Trust, with OSPCA and THS staff assurance that any money donated will be used exclusively for costs involved directly with helping animals. Contributions can be made by transferring funds to the following account: TD Canada Trust account number: 5224209; Transit number: 0307.

That said, (new) THS president Bob Hambley offers his assurance that should one continue to directly support the Toronto Humane Society, "... donation dollars are going to where they should - to the care and treatment of animals. Our books are subject to annual audits." I imagine their books will be under more external scrutiny now that charges have been laid and the case is being closely monitored by the media and watched by the public. 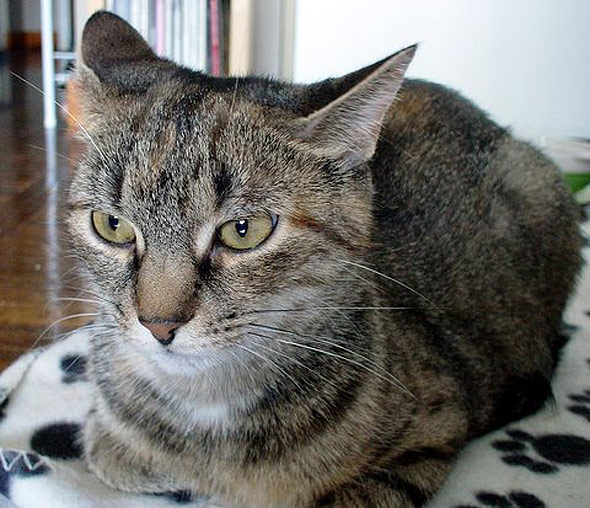 For those who are unconvinced, another option is to make a donation of food or supplies (a wish list of most-needed items can be found here) - most lawyers won't accept payment in the form of dog food or kitty litter. Donations of this nature can be dropped off at the THS 11 River Street location.

While the investigation is ongoing, the adoption centre at 11 River Street was temporarily closed. It officially reopened last week, and THS' Victoria Park adoption centre has remained open throughout to members of the public looking to adopt a pet.

Another official answer has been to contact Toronto Animal Services, a City of Toronto service that offers pet adoption, spay/neuter clinics, pet licensing and 24-hour emergency response to calls about strays and wildlife in the city. TAS is also the service responsible for enforcing by-laws of the City of Toronto related to animals (PDF) - this includes performing grim tasks like executing court-ordered euthanizations.

Ironically, TAS has been called out by THS in the past for their comparatively high euthanasia numbers. Given the recent implications of what dramatically low euthanasia numbers can reflect, perhaps that's not the travesty it may once have seemed.

Wherever one stands on the "when is it right to euthanize" debate, the TAS does house lots of deserving animals who need to be adopted into permanent, loving homes, and they also need volunteers to help out at their Animal Centres performing rewarding tasks like dog walking and "cat cuddling" (their words, not mine). 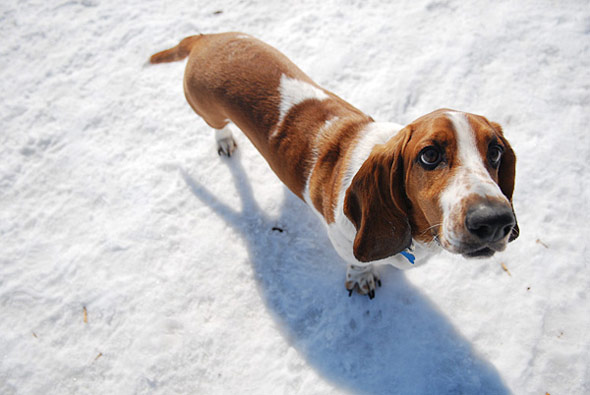 Another option is to volunteer with, donate to, or adopt a pet from one of Toronto's many grassroots animal rescue groups. These groups may well be the grey area that exists between the high-kill shelters that euthanize for space or "population control" versus no-kill shelters that will house "unadoptable" animals indefinitely... but can become too full to accept new animals.

Back in the fall, my household adopted two cats through one of these local groups, Toronto Cat Rescue. Like most of these smaller rescue groups, TCR doesn't have a shelter facility but instead relies on a network of volunteers who foster rescued cats until permanent homes can be found.

TCR, like most similar groups, posts profiles and photos of adoptable cats on petfinder.com (a site that looks not unlike an online dating/hook-up service... but can almost definitely boast a significantly higher success rate). For those of us who like to start with a little online research before hitting the streets, the profiles are a nice way to get a bit of background on an animal's personality, history and appearance.

When I was sucked in by the profile of a two-year old grey tabby, I phoned TCR and left a message inquiring about the adoption process. Within about a day, a volunteer returned my call and did a short screening interview (one thing most of these animal groups are adamant about is that adopters not plan to have their cats declawed, a practice that is widely decried as cruel and ultimately unnecessary). Once I was approved, the volunteer put me in touch with the people who were fostering the cat I'd selected and we arranged a time for me to stop by and meet "Dandelion".

The volunteers who foster TCR's cats have all the paperwork on hand to complete the adoption. This final stage of the process includes signing a basic contract (promising that you are adopting the animal as a companion and not to use for lab research, that you plan to care for the animal for the rest of its life and will not abandon it, etc.), receiving copies of the any medical documents available for the animal, and paying a nominal adoption fee (generally in the area of $100-200, which essentially covers the spaying/neutering and vaccinations the cat has received). 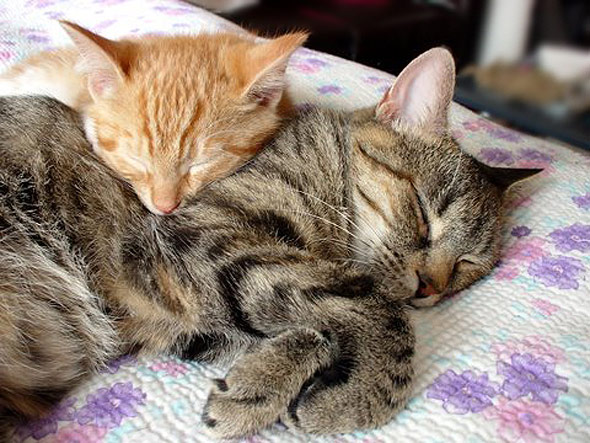 If the animal in question is too young to have been spayed or neutered, this is still included in the adoption fee - when the animal is old enough, the TCR puts the adopter in touch with a nearby vet who performs the surgery and settles the payment with TCR directly. Our six-month-old tortoiseshell kitten was spayed back in December and TCR sent us to the Queen West Animal Hospital, who provided excellent care that included a couple of post-surgery follow-ups (I don't imagine these are usually necessary, unless your kitten does something crazy like climb the Christmas tree rather than rest and heal immediately following surgery).

While the specifics vary from one organization to the next, most local rescue groups follow a similar protocol, with adoption fees generally being higher for younger animals than older ones, and higher for most dogs than they are for cats.

Donations (in the form of cash or supplies) are always needed, as are volunteers. Fostering an animal is perhaps the best way to help (there are always more homeless animals than there are spaces available... not to mention it's a great way to give some love to an animal without making the potentially 20+ years commitment), but these organizations also tend to need volunteers with vehicles to transport animals and supplies. Many also run fundraising events and adopt-a-thons that require volunteers in a variety of capacities. 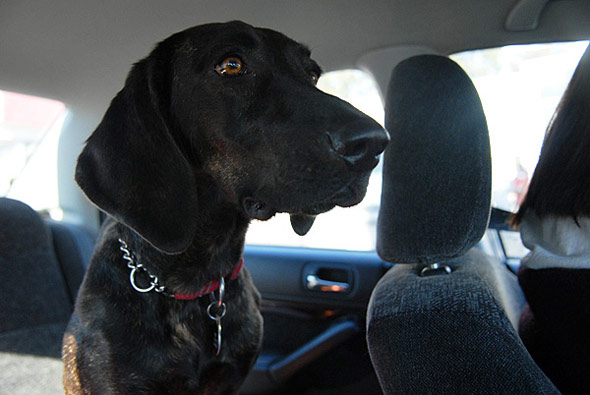 Another outcome of the OSPCA raid is that the THS' wildlife license has been revoked. The Toronto Wildlife Centre has taken on the wildlife formerly housed at 11 River Street in addition to their regular complement of ill and injured critters. Help them out with a cash donation, or volunteer as a wildlife foster care parent to orphaned baby animals (say what you will about their adult counterparts, there are few things on this planet cuter than a baby squirrel. And don't even get me started on ducklings...), a wildlife care volunteer at the centre, a volunteer driver transporting sick, injured or orphaned wild animals around the GTA, a TWC hotline operator, or a general support worker at the centre.