Surveying the Remains of the Bunge Plant

From a major industrial complex producing some flavourful (but fatty) foods, to its last skeletal remains, Bunge Canada will always remain in the minds and memories of the many people who worked there, lived in the area, or enjoyed its tasty products. And then, of course, there are people like me, who appreciated the aesthetics of its gradual decay.

I already had the opportunity to explore and photograph the remains of Bunge Canada, documenting its appearance post-abandonment -- from its intricate industrial detritus to its fire-damaged office space. I recently reflected on this neglected space after a sojourn to the area, and was amazed by just how little of it remained. 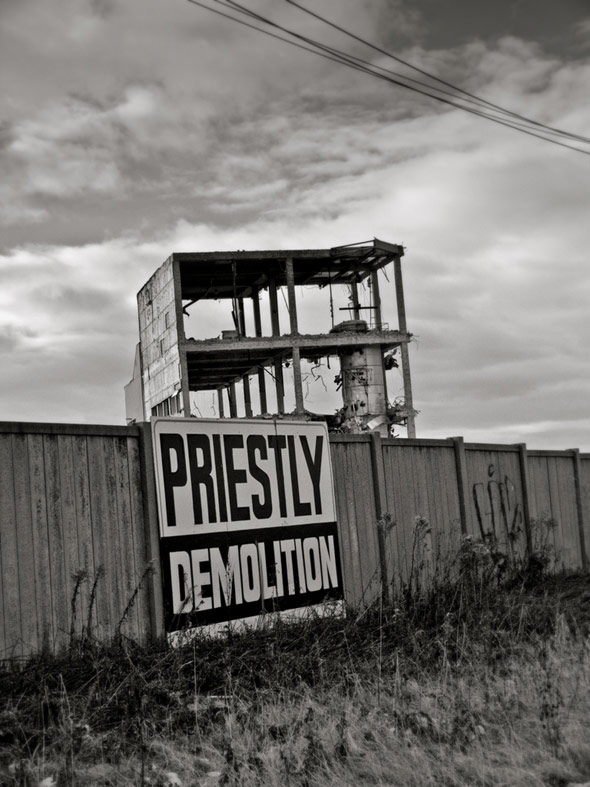 What remained of the factory -- which, as you can see, seemed to be mounted on enormous stilts -- was surrounded by stony rubbish. Walking through this wasteland reminded me of its once vast passages, now no more than "a heap of broken images" (Eliot) relegated to memory (and a few photographs). 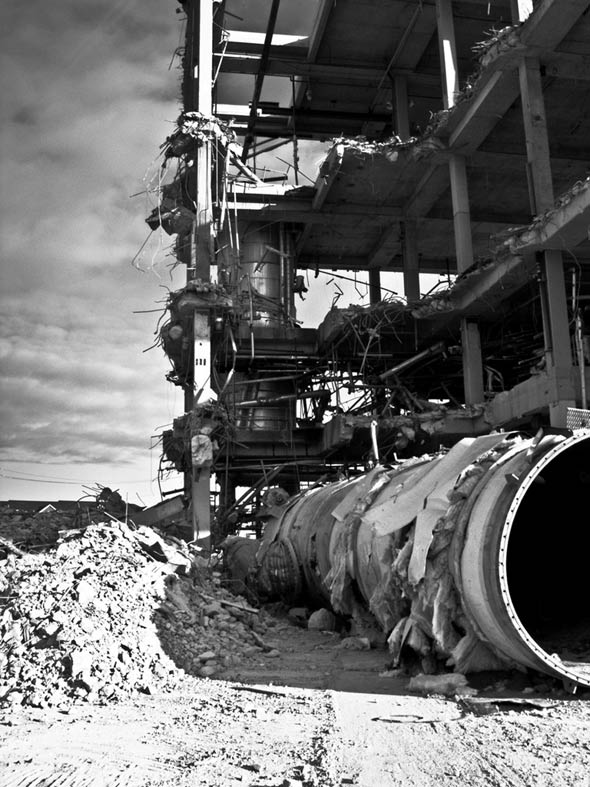 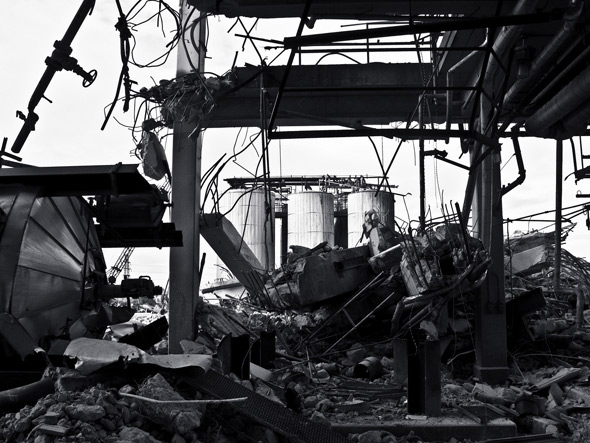 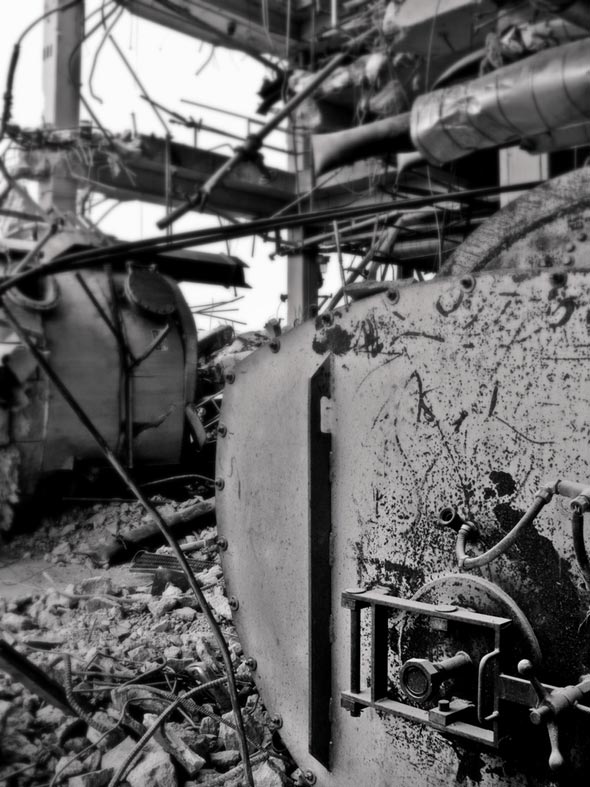 My fellow travellers also recalled the appearance of Bunge in the days of its derelict glory: its conduits, tunnels and pipes that stretched out seemingly endlessly, not to mention the domestic relics which remained in the rubble. 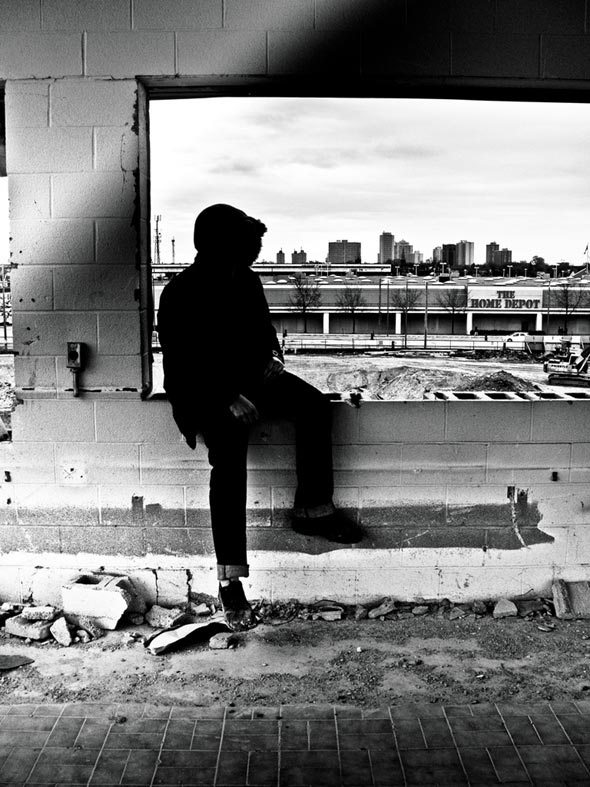 At the edge of the ruins, we stood gazing out across a sea of identical suburban housing developments -- a sea which will soon encroach upon the former site of the Bunge factory. 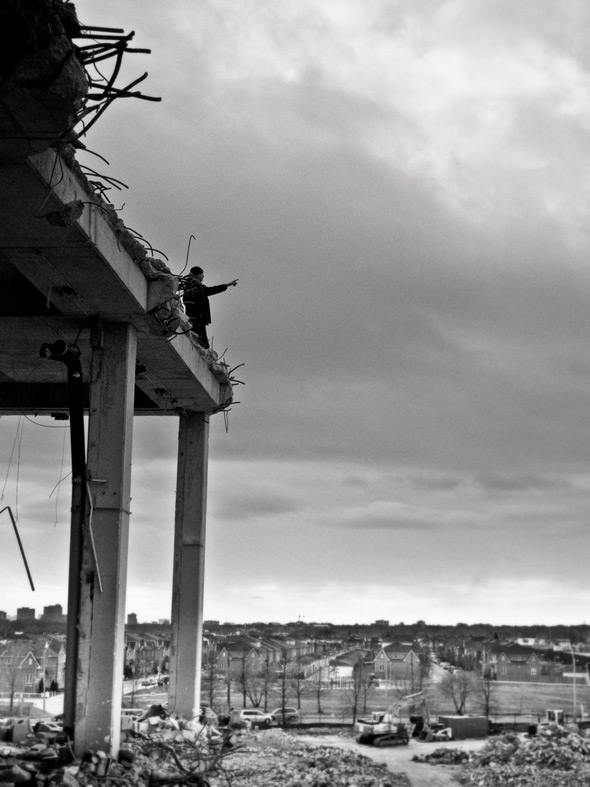 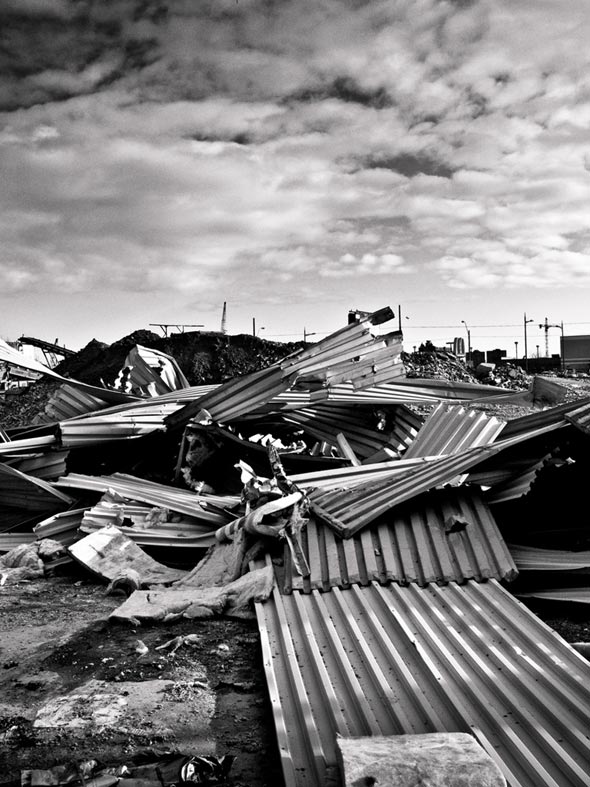 This glove was the only remaining object which gave a sure hint of the human element that once occupied this environment. 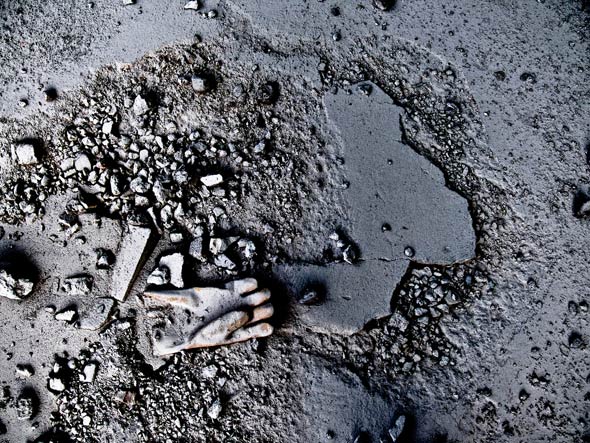 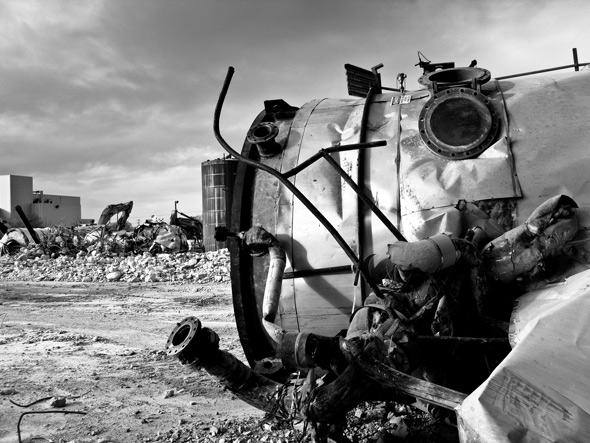 Under the brown fog of winter's dawn we returned, humbled by the disappearance of such a vast structure. 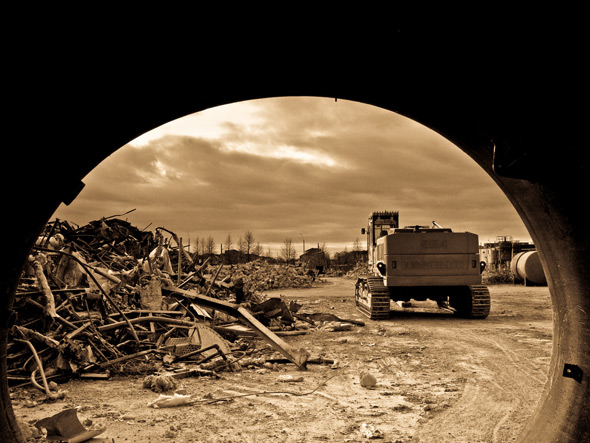 (To see the rest of the images from this final journey, as well as high-resolution versions of those pictured above, you can check out my flickr slide-show below.)