Ice-skating on Grenadier Pond has been a safe, cherished winter activity for decades. But a broad-sweeping city bylaw banning skating on all outdoor waters was introduced in 2007 - and is killing the fun today. Facing pressure from residents and the media, city council may be forced to revisit the law, but at bureaucratic pace the ice will likely melt away before the ban does.

A group representing 36 lawn care companies are attempting to bring forth a lawsuit against Ontario Environment Minister John Gerretsen because a chemical substance that is permitted in Ontario's laws is not approved for use in pesticides under federal laws. To me this sounds like a regulatory screw-up that needs to be fixed, rather than a reason for the courts to award the chemical-spraying industry cash.

The Toronto Port Authority is said to be allocating $660,000 towards building a three-walled noise-deflection setup that will strategically push engine noise out over the lake rather than allowing it to permeate towards the city and islands. A full-body scanner may also be on the way, as security is beefed up at airports across the country.

Investment banker Weizhen Tang (aka The delf-proclaimed "Chinese Warren Buffett") is back in Toronto and in police custody to face outstanding charges related to an alleged $30-million Ponzi scheme. Even though he was using new investor money to pay returns to previous investors (rather than from actual earning), some 42 of his investors want him to be able to continue to act on their behalf (likely fearing that if he's convicted, they'll stand even less chance of recouping their monies).

Left-leaning city councillor and deputy mayor Joe Pantalone has thrown in his hat to be Toronto's next mayor. Joining what's becoming a crowded field of candidates, Pantalone told reporters that he'd endorse the sale of Enwave, but stopped short of doing the same for Toronto Hydro.

Ontario's unionized college faculty and staff have voted in favour of pursuing a strike mandate, and could legally walk off the job at any time now (although that's not likely to happen, if at all, until mid-February). I don't know much about the numerous issues involved, but It's hard to feel sympathetic to their cause if the core of the labour dispute lies in the union seeking a wage increase of 7.5 per cent over three years and rejecting the colleges' offer of the same raise implemented over four years. Is the difference really worth jeopardizing the students' school year for?

And blogTO reader Kevin Quan gave us a heads up to let us know that he's made a handy Google map plotting the restaurants participating in the 2010 edition of Winterlicious. 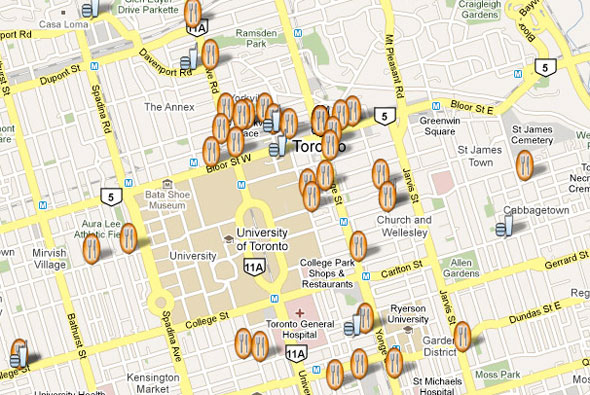