Fire broke out at Honest Ed's, the famed Toronto retail icon, when an electrical problem ignited in a street-side window display at around midnight last night. While the photos of the fire itself looked like it had the potential to cause a lot of damage, it turns out that minimal damage and loss were suffered.

General Manager Russell Lazar was on the scene before dawn, surveying the damage and overseeing the work of cleanup crews. "Over the years, we've made a lot of updates to the sprinkler and security systems," he explained. "The sprinklers and alarms worked exactly as they should and the fire was contained quickly." Devastation averted, mostly. 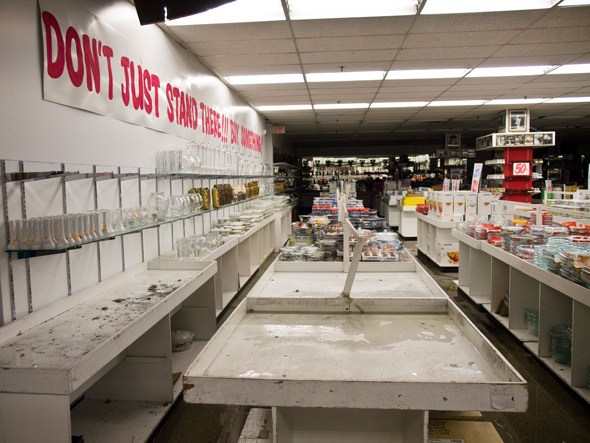 The quirky shop (and Toronto landmark), which is chock-full of discount merchandise and memorabilia (including signed photographs by celebrities and newspaper clippings), was spared because the right sprinklers went off (only those closest to the fire) and because the fire department responded swiftly and effectively. 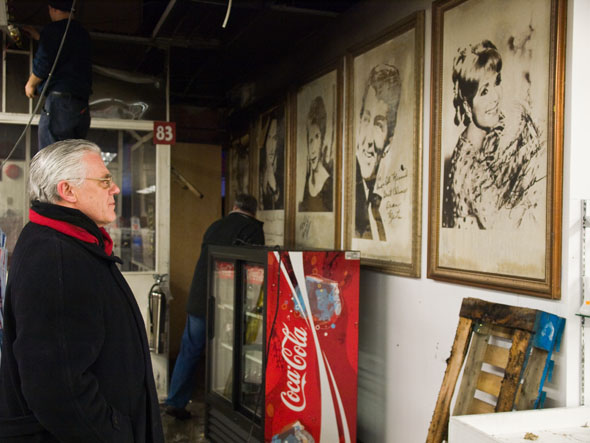 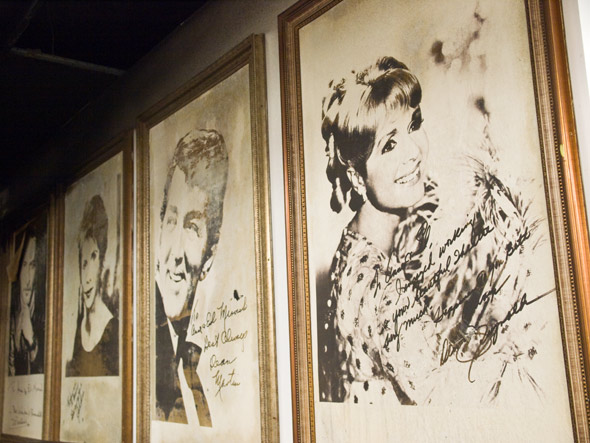 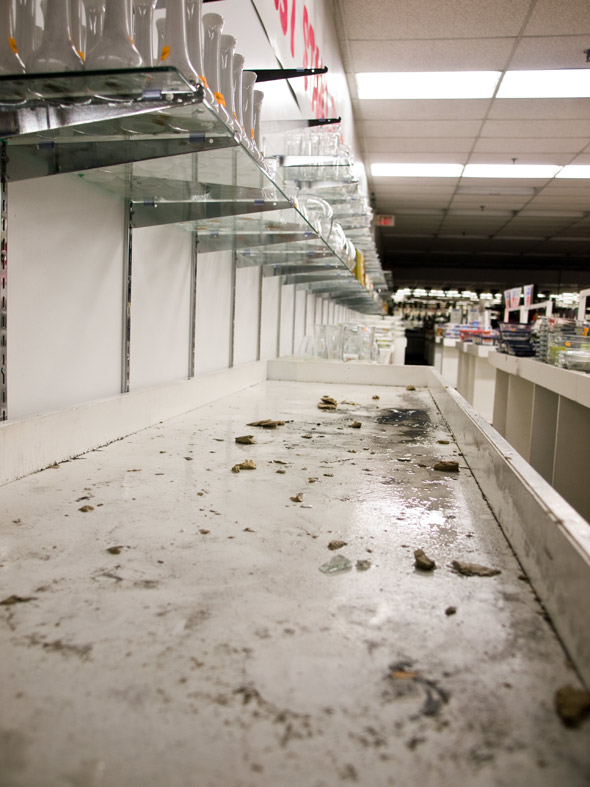 "The firefighters were amazing," says Lazar, "they even put blankets over merchandise to prevent damage."

By the time I arrived (just after 7am), work crews had nearly completed the task of tearing down the damaged dry wall an ceiling tiles, were already working on wiring, and were moving on to cleaning up the water-soaked floors. 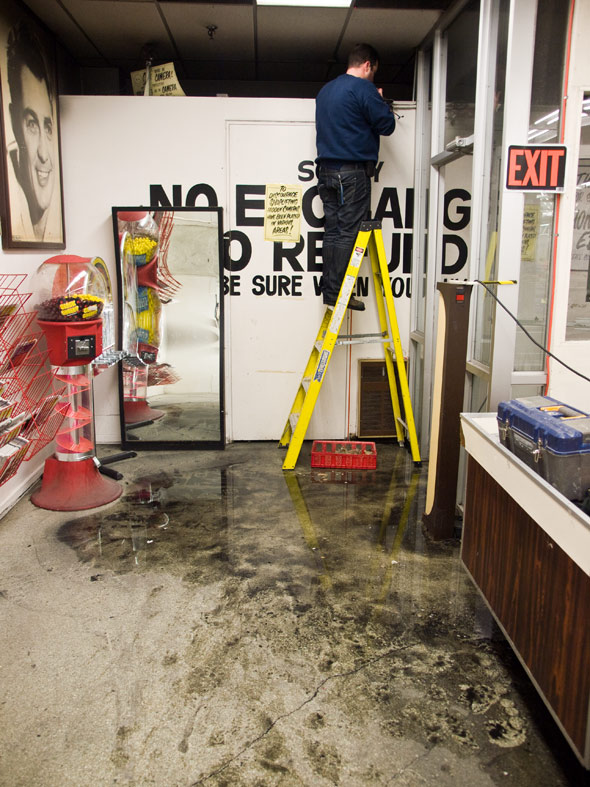 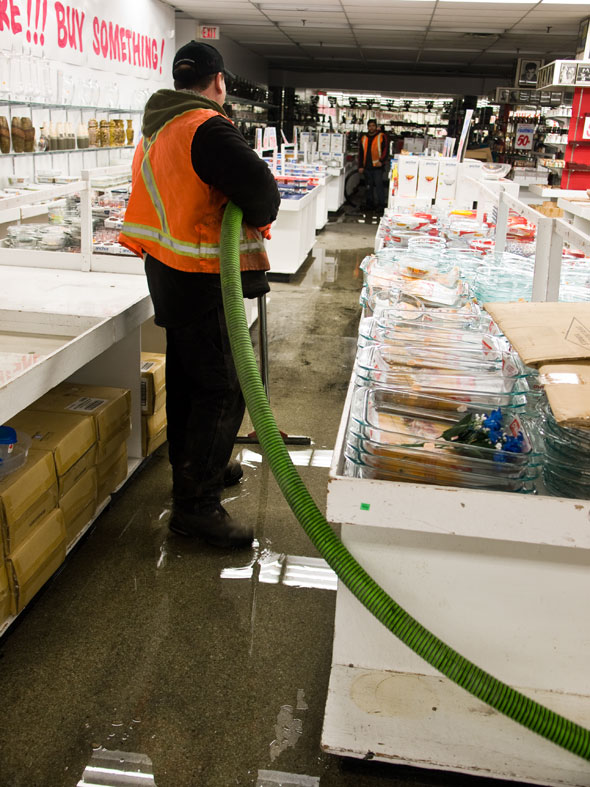 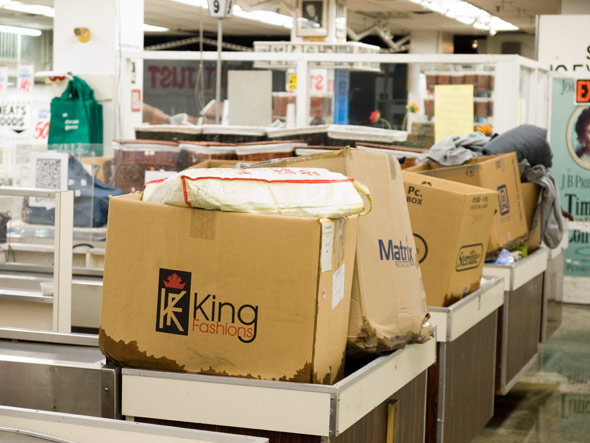 While crews complete the job at the north entrance, the sidewalk on Bloor between Bathurst and Markham has been closed to pedestrians. 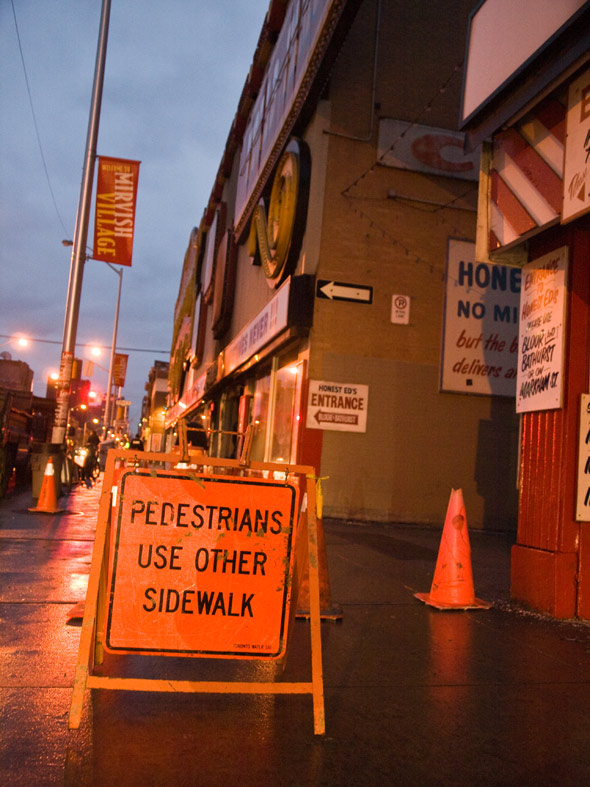 Damage to the exterior signage was most mostly contained, and will be repaired as soon as possible. 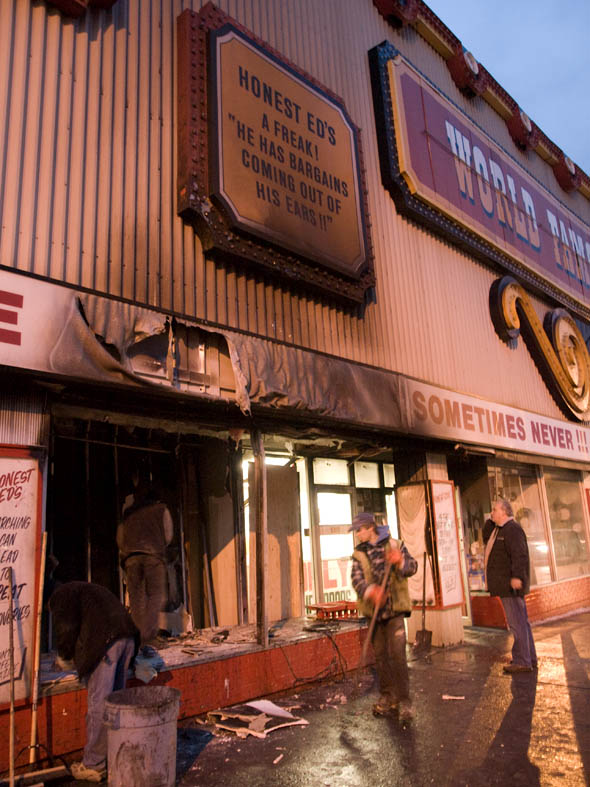 When asked how long the cleanup would take and whether or not it would affect business, Lazar was optimistic that the store would be open for business at 11am - a good news story he was happy to be able to tell in unfortunate circumstances.