Toronto Escapes November Without Snowfall, But It Won't Be Long Now...

Toronto has just experienced its first snow-free November in 162 years. Although it was initially reported that such a happening could only be confirmed as far back as 1937, David Phillips, senior climatologist with Environment Canada, revealed yesterday that the records of a University of Toronto weather station chart a much longer interval. This will, no doubt, spark speculation about global warming and the causes of our unnaturally warm and dry weather, but the fact that this is an anomaly should probably mute any serious discussion of such a nature.

Besides, I'm sure most of us are ecstatic to have made it this long without snow and wouldn't mind it if this mild weather kept right up. But, perhaps incredibly, I'm already starting to miss the white stuff. This is likely a manifestation of selective amnesia, but regardless, there I was yesterday cruising blogTO's Flickr pool for photos of our city consumed by snow. Call it cruel, but after coming across some excellent work, I thought it'd be nice to share what we've been missing. 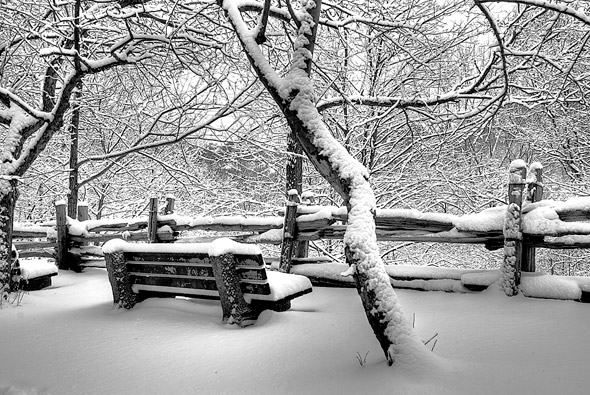 It would seem that the eight months since the last snowfall have fashioned me with a set of rose-coloured glasses through which winter looks only benign and pretty. One of the reasons for this, I would imagine, is the representational nature of memory. My pre-winter conception of snow is based as much on images like these as it is on actual experience.

But, any self-delusion aside, there really is a sublimity to a city drenched in snow. Even the most perfunctory scenes and familiar objects take on an unusual vibrancy. 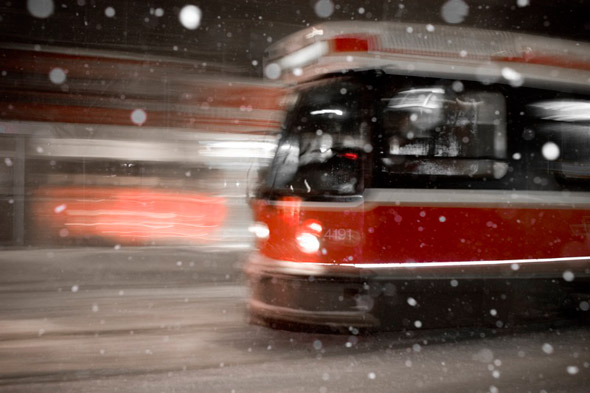 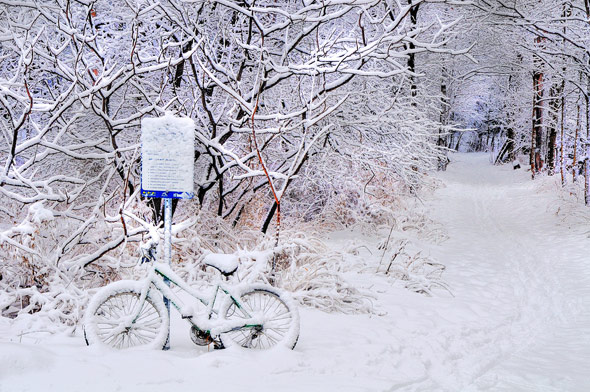 Or, on the other hand, a certain stillness. Freshly fallen snow is somehow tantalizing and calming at once. 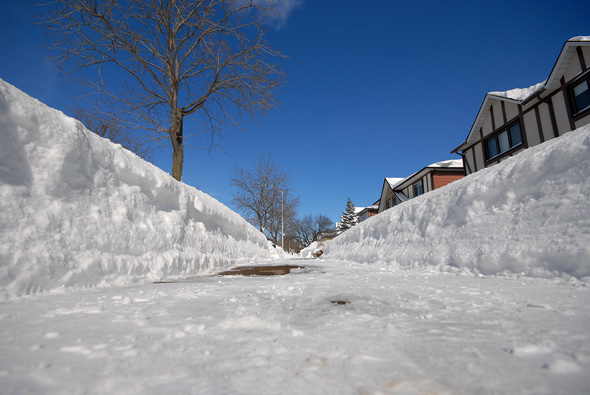 Unfortunately these idealistic memories quickly fade. After a little while, a measure of reality inevitably sets in and some of winter's other "gifts" float to the surface. Snow shoveling, traffic jams, wind-burned faces -- they all return too soon. 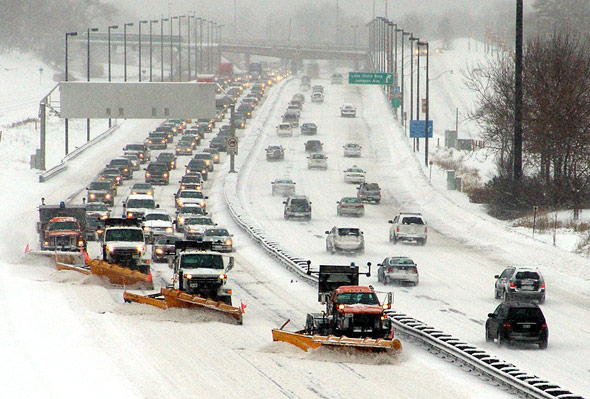 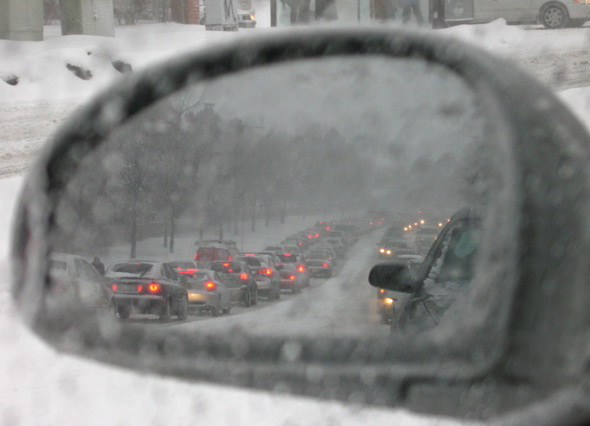 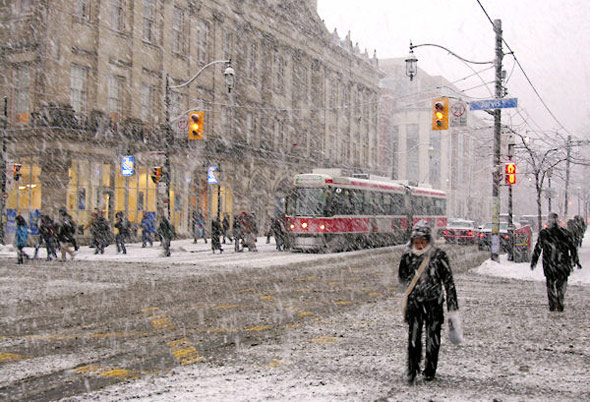 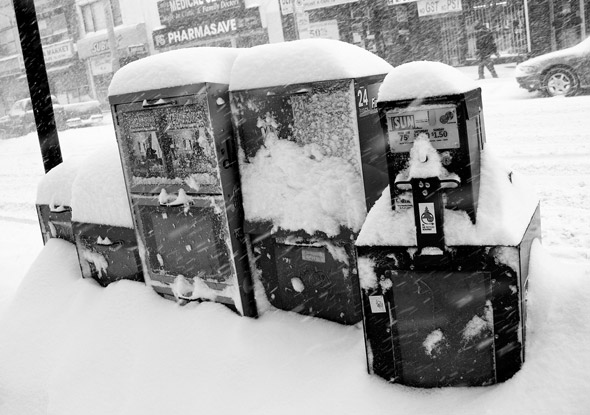 It is, after all, just so damn pretty. 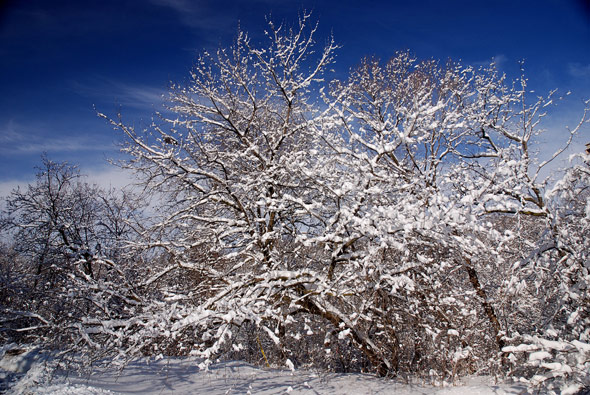 Thanks to all the great photographers featured above. Photos, in order, by the following members of the blogTO Flickr pool: wvs, ~EvidenceE~, William Self, JdeB, scott3eh, bigdaddyhame, Lone Primate, archoneus, Squeakyrat, Still The Oldie.