For the past week, City Hall was abuzz with artists and activists as councillors debated a new billboard bylaw. Strongly campaigned by the Beautiful City Alliance, this bylaw would regulate and tax outdoor advertising if passed. The outcome? Passed with flying colours, 29 votes to 12.


The five day debate was plagued by delays and postponed a handful of times. Unable to attend in person, I followed the back and forth using the magical powers of the internet: I watched the debate online and followed the council's hash tag feed. The delays, the back and forth, the pomp and circumstance -- all frustrating, to say the least. (Listening to the councillors debate, I wondered who was speaking to prove a point and who was speaking because they liked the sound of their own voice.) Such is life in City Hall.

Promoting the tax is Beautifulcity.ca. The decentralized network of over 60 organizations, ranging from the AGO and Schools Without Borders to The Gladstone Hotel and Illegalsigns.ca, has thousands of members, including artists, activists and plain old city folk. 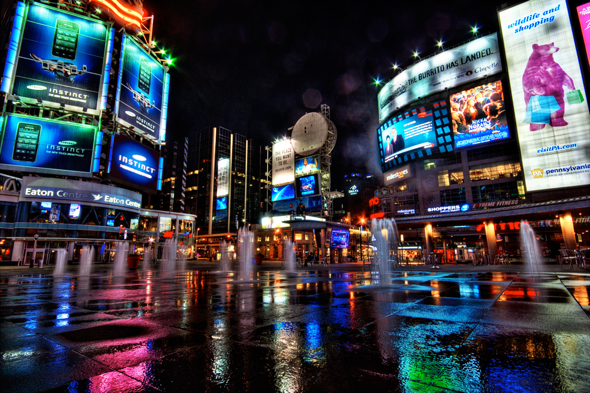 According to their website, Beautifulcity.ca believes that "advertising is increasingly infringing on our public spaces... The billboard tax is a fair and just means for private advertisers to take responsibility for their impact on the city.â¨"

"That we even have a tax and strong bylaw is a success, considering the fact that our campaign had a shoestring budget while the other side had professional associates pouring millions of dollars into lobbyists," said Devon Ostrom, founder of Beautifulcity.ca and public art promoter/curator extraordinaire.

"We wanted city council to pass a tax on billboards and to ensure the new bylaw they adopt brings in a strong type of regulation so our neighbourhoods can enjoy a beautiful and clean street scape," said Ostrom.

On the other side, you have the billboard advertisers, represented by the Out-of-Home Marketing Association of Canada (or OMAC) and the best balls-to-the-wall lobbyists that money could buy.

The billboard advertisers are not happy about it. Neither are some folk at the Globe and Mail.

They believe the tax is too excessive, that no economic basis was presented for it, and it will directly and indirectly put jobs in the industry at risk.

But, "the billboard industry is not accountable," said Ostrom. "It doesn't play by the rules, and doesn't treat neighbourhoods with respect. Beautiful City debates the merits of an industry that has flouted our laws for decades." 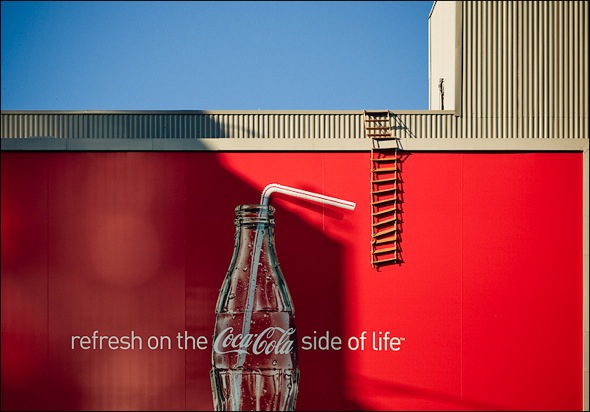 Honestly? I don't have a huge problem with all billboards. Sometimes, I even find them amusing. And, GASP, creative. (*Dusts off shield for the onslaught of comments.)

However, billboards are more often than not an eyesore - ugly, crass and repetitive. The signs that will be regulated by this new bylaw will include not just ad billboards, but free-standing signs and fascia/wall signs.

An even bigger concern is the city's inability to police and regulate illegal billboards.
On his website, Councillor Joe Mihevc describes how his residents were fed up with the sheer volume of third party advertising that exists in the city, including digital and tri-vision ads.

(Funnily enough, OMAC used illegal billboards with ridiculous Uncle Sam-like slogans to argue their side of the debate, as pointed out by The Torontoist.)

Other points of contention were brought up in motions pushed by Councillors Norm Kelly and Giorgio Mammoliti, among others. These motions wanted to put LED/electronic copy billboards in all neighbourhoods, reduce the required distance of billboards to intersections from 30 to 6 metres, reduce the lights off provision and lastly, increase the allowable height of billboards by 20 metres. All failed.

So, does the government have a right to tax billboard advertisers? And who determines what to do with the revenue? Part of the money will go to regulating the billboards, but what about the rest?

Beautifulcity.ca petitioned (with over 4,500 signatures!) to have leftover money from the tax allocated to the funding of public art (murals, sculptures, outdoor fests, and free performances). But, it seems the money will not be allocated to the arts upfront. Instead, the 2010 budget process will determine where the money will go.

In a city where art spending is a joke, something like this has potential to be extremely beneficial. Toronto spends less on public art then any other major city in Canada.

According to an Environics poll, 55% of Torontonians would be less likely to support the tax if it didn't go towards arts.

However, "We're confident city council will have see the wisdom in supporting public art when it comes to determining the budget process," said Ostrom. "But you can definitely see the influence of lobbyists over city council."

A billboard tax & bylaw, huh? Getting a rogue industry under control and squeezing some dollars out of it to do so? Sounds good to me.