An Abstract and Angular Toronto

The intricate and layered texture of the built environment is always something that has amazed me. Gazing up at my favorite buildings always fills me with wonder, as each step warps my vision of structures which would ordinarily seem so static and immutable.

Walking around downtown Toronto reveals a wide array of gleaming glass, which from a height can often spit back at the viewer a horrendous interpretation of its neighbour across the street, the menacing architecture cast into abstract angles and lines.

We are used to images of buildings as whole structures, or at least that display elements that immediately give away their identity. I thought it would be fun, then, to put together a series of photographs that masks immediate identifiers and thus reveals abstract patterns as opposed to functionality. 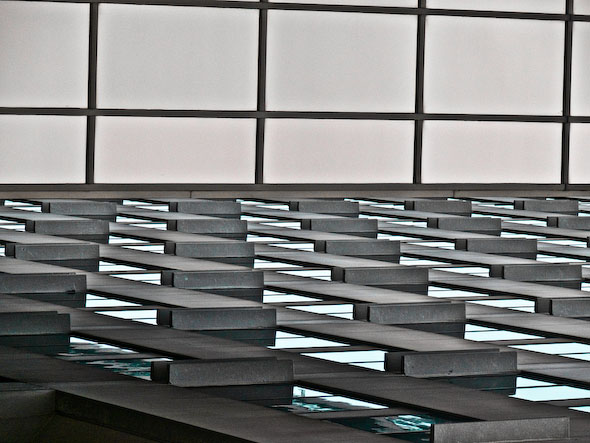 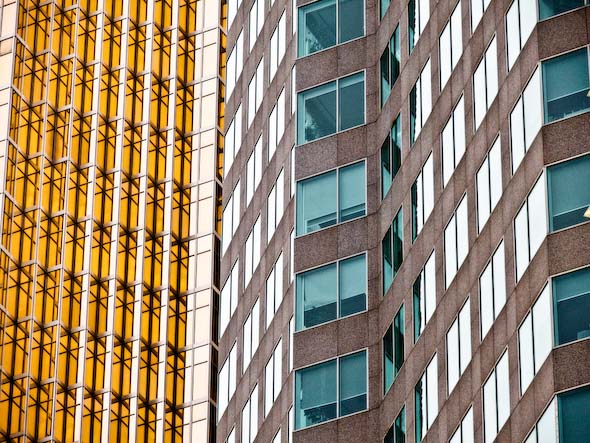 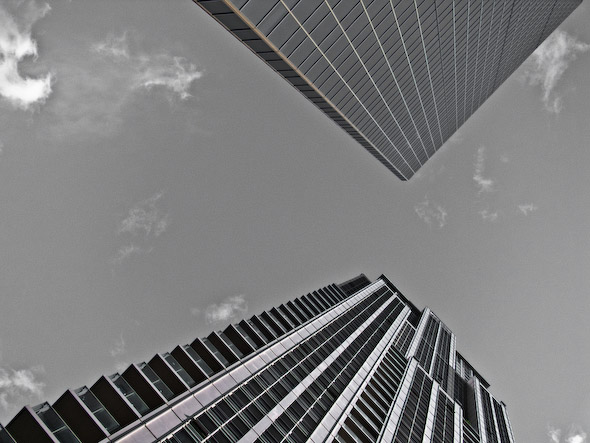 offers perhaps the greatest degree of the aforementioned variance, as the old, the new and the sometimes just plain bizarre are forced into a dialectic due to their proximity...
Large open expanses amidst the downtown core offer a horizontal sense of space to the viewer, but at the same time a very unique aesthetic if one is to look directly upward...
The intersection of buildings is something I always love to play with in my abstract photography, as a single pedestrian step can establish a visual difference between multiplicity and continuity... 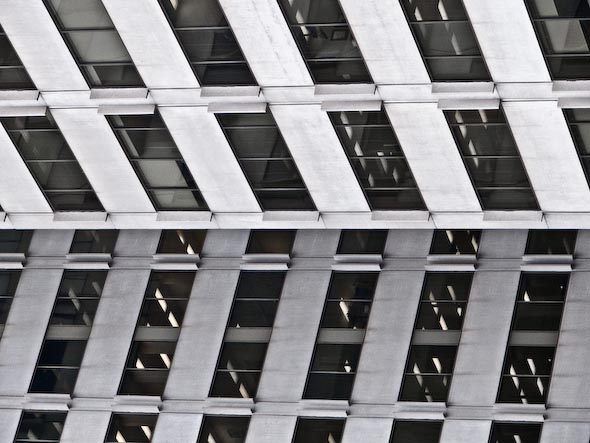 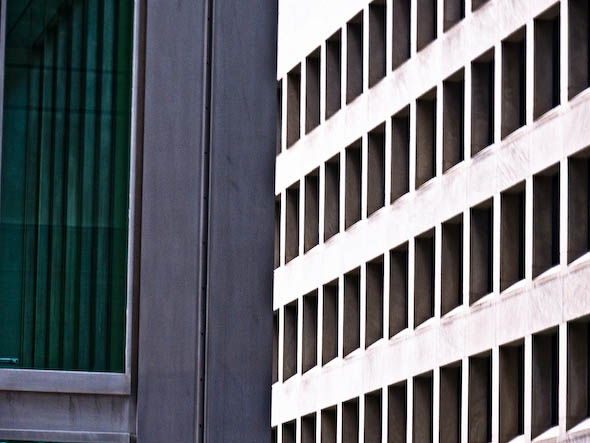 It was only after I dabbled in scaled drawings of buildings that I realized how fundamentally different a structure looks when viewed head-on; we are so used to our own wide-angled and constantly changing vision of familiar structures that we often neglect the wonderful symmetry that surrounds us. 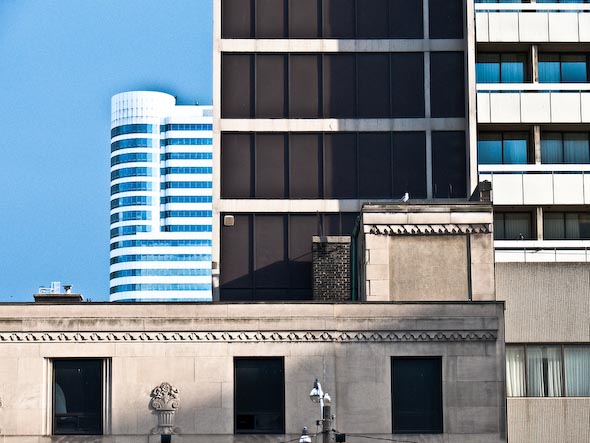 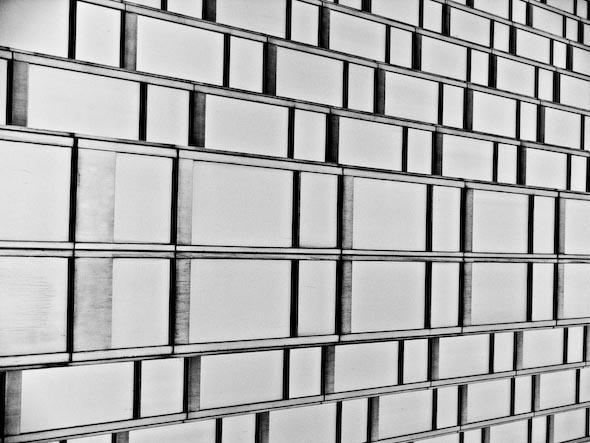 Of course, we all have our own interpretations and opinions regarding individual buildings, which is one of the great aspects of any study of urban architecture. I find it quite interesting, then, when a particular element of that same urban milieu appears to offer its own interpretation or opinion of an item that surrounds it. These images, while mere illusions, help me engage with my surroundings and further love the city in which I live. 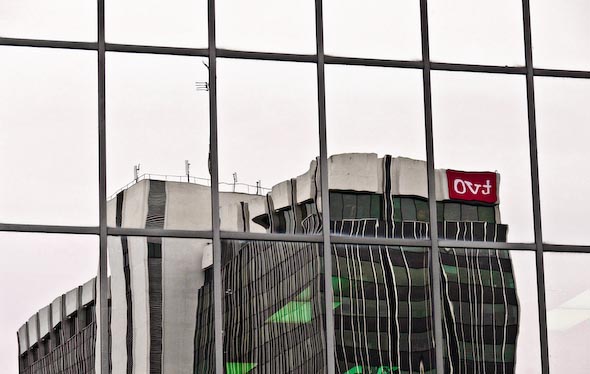 For the most part, my exploration of the city comes in two flavours: the particular and the general. In the former, I tend to examine the history and stories of forgotten landmarks as they relate to wider formations, and in the latter, I like to view a portait of the city-scape as a whole.

Here, though, I decided to break the mold slightly by presenting the details of Toronto's diverse physical structure as wrapping paper. All functionality aside, it's nice to de-focus one's eyes from time to time and examine a simplicity that amounts to such an apparent chaos, that which we call the modern city.

The effect here is a role-reversal: the background suddenly becomes the foreground, and we are able to examine a new kind of beauty -- one of form minus function. In doing so, we might hope to recognize that "[t]here is no excellent beauty that hath not some strangeness in the proportion" (Sir Francis Bacon).

(To see the rest of the series of photographs, as well as high-res. versions of those pictured above, you can check out my flickr slide-show below.)