Ten years ago, Toronto was behind every other city its size in the boutique hotel trend. We've caught up neatly, but the next two or three years promise to be unusually active ones for this niche hotel market, even if some of the auspicious plans announced in the last year or two end up going bust.

Over where Wellington meets Bathurst, the vast new Thompson Hotel is nearing completion - the most on schedule boutique project in the city, although it's sometimes hard to call something that takes up nearly a whole city block a boutique hotel. Tony Cohen, co-owner of Hotel Le Germain, partnered with downtown condo developer Peter Freed on the project, which they brought under the umbrella of the Thompson chain, a boutique brand with hotels in New York and Los Angeles.

"He had already tied up the site and I thought it was fantastic," Cohen tells me, "and thought it was an area that was exploding." When it opens in the spring of next year, Thompson Toronto will have 102 hotel rooms and 336 condo suites, 90 per cent of which are already sold, in addition to a whopping 30,000 square feet of amenities, including a 24 hour diner in the restored moderne storefront on Bathurst, a rooftop pool bar, and a 120 seat restaurant overlooking Victoria Memorial Square, with a name chef to be announced shortly.

"The thing about Thompson is that they do a really good job operating, servicing and creating a luxury product," Cohen says, "but they're really good on the food and beverage side and the amenities, and considering how many amenity spaces we had, we thought that a brand like that, that understood how to drive local traffic, was an important thing."

For awhile, it looked like the Thompson's major competition among the new hotels would be the Gansevoort, a Toronto outpost of another American boutique chain, that would have opened on Richmond Street near Peter, but according to Gansevoort's project manager, Serena Moallem, the project is now on hold. 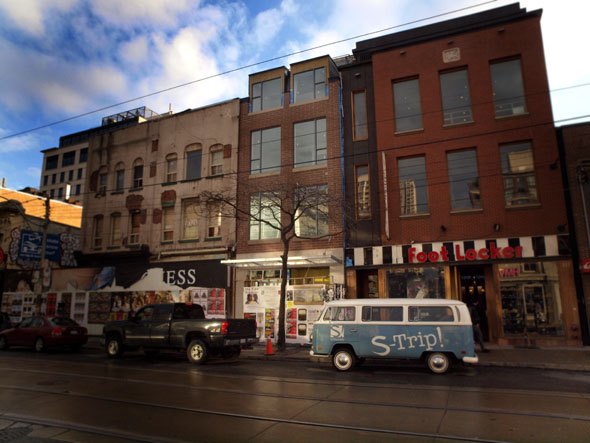 Just to the north of the Gansevoort's putative home is Hotel On Queen, a tiny boutique hotel right on the Queen West strip at the foot of Beverly, but while the scaffolding is mostly down and the building is enclosed, there didn't seem to be much action at the site this week, and the telephone number on the hotel's website wasn't active. Calls to Tony Impera, the owner, and the hotel's marketing agency went unanswered, though the architect, Radek Bronny of Forum Architects, says that it's set to open in either the spring or summer of next year.

The mystery player in the new boutique hotel game is Bisha, club impresario Charles Khabouth's partnership with Lifetime Urban Development, set to break ground on Blue Jay Way early next year. Precisely how many condo units and hotel suites it'll contain remains to be decided, along with the amenities, though Tara Hendela, director of PR for Khabouth's Ink Entertainment, says they want to fill a niche the other boutique hotels have missed. Completion date remains in the air, however, and will depend on condo sales - "If they sell and we build then in the next three years you should see a hotel," Hendela tells me.

If it seems that this is a lot of hotels going up at once - and in economic condition that aren't quite back to their peak, to be sure - Cohen says that Toronto still has to play a big game of catch-up. "People forget that Toronto is the fifth or sixth largest city in North America. You look around here and around the world, and you look at the number of quality hotels that they have, and we're way behind. I think we're long overdue for great hotels that can drive excitement about Toronto as a tourist destination, as a corporate retreat. There's always a little fear, but I think it'll help the city and establish its reputation worldwide." 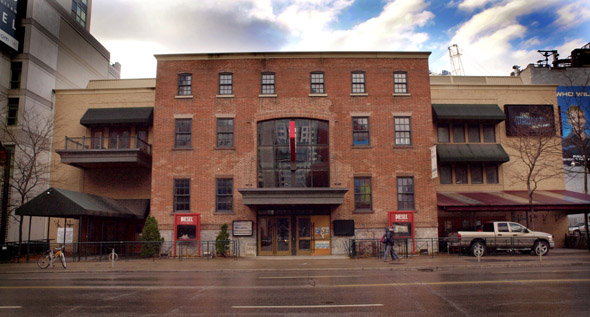