The city of Toronto launched a new night lighting initiative, highlighting heritage and historic buildings in and around the St. Lawrence Market neighbourhood Friday night.

Perhaps a little overshadowed by Toronto winning the bid for the 2015 Pan American Games, this celebration was somewhat subdued. That didn't stop about 100 of us from getting a small tour of these buildings by local historian Bruce Bell. 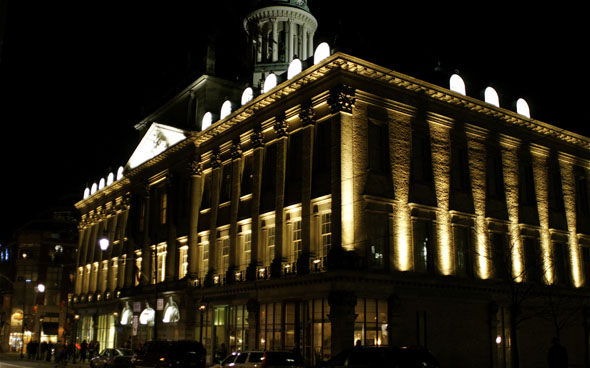 Ontario's Deputy Premier and Infrastructure Minister George Smitherman was on hand at the ceremony, where they flicked the switch, shortly after it got dark. 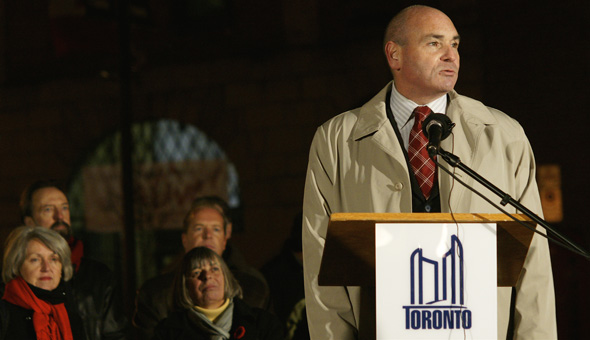 The Gooderham "Flatiron" Building, built in 1892 by architect David Roberts, was among the historical buildings to get the LED treatment. 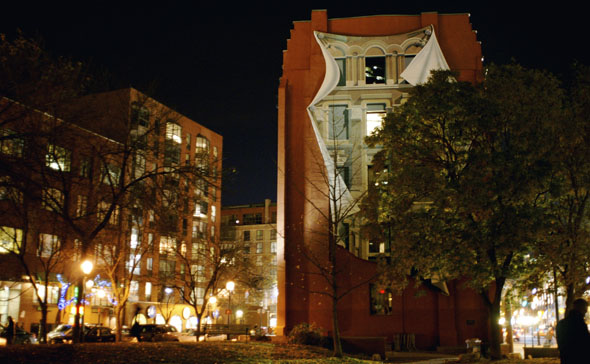 The lighting demonstration showcased what this Heritage Lighting Project will grow to become. While the majority of the lighting is on display for the weekend's events only, some of the new lighting is a permanent fixture. 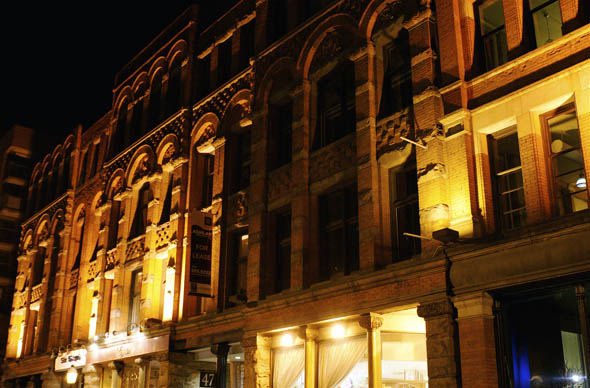 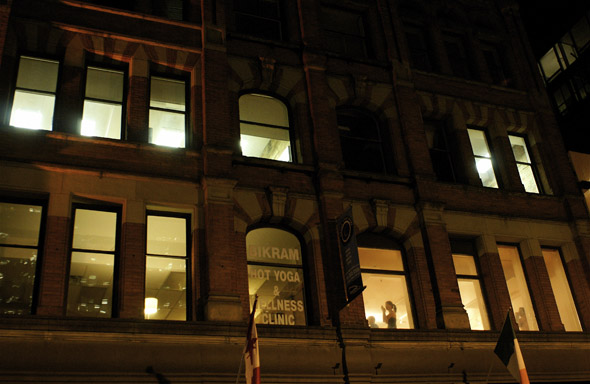 Toronto Hydro is organizing a festive light exchange in conjunction with this new display of lighting in the St. Lawrence Market neighbourhood.

If you bring in two strings of energy-guzzling incandescent lights, they'll give you a replacement string of free LED lights. The exchange will be held in front of the north market on Saturday from 10 a.m. to 1 p.m. 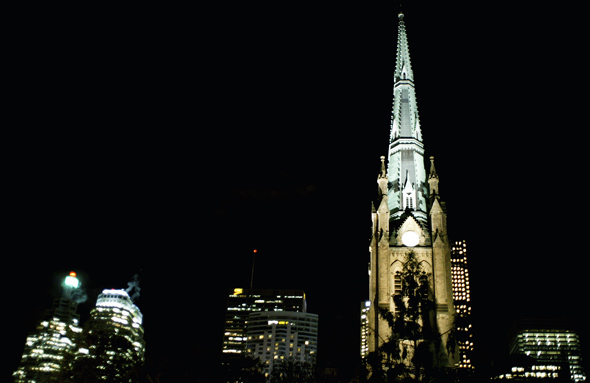 Perhaps the most majestic display was saved for last. When they flipped the switch, The St. James Cathedral lit up the sky, its bells loudly chiming into the chilly night.