t.o.night, Toronto's new free afternoon daily, launched yesterday. The inaugural issue, 20 pages deep, featured the expected mix of local, national and international news, business, sports, events, gossip, sudoku and, on page 8, three stories contributed by blogTO. Our daily page of local news will be just one of the ways t.o.night is aiming to distinguish itself from competitors Metro and 24 Hours, the latter of which took the opportunity to unveil a new look of its own yesterday. 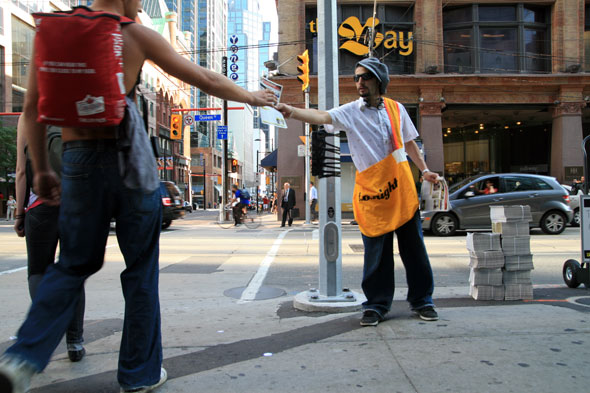 The big buzz leading up to the debut of t.o.night, aside from the questions about whether now is a great time to launch anything in print, was the strategy to distribute the paper using retro-branded "newsies". In a twist from convention, there are no t.o.night boxes littering our sidewalks, but instead a number of guys and girls with yellow t.o.night branded mail sacks handing out copies outside Union Station, the Eaton Centre and other transit and TTC hubs. 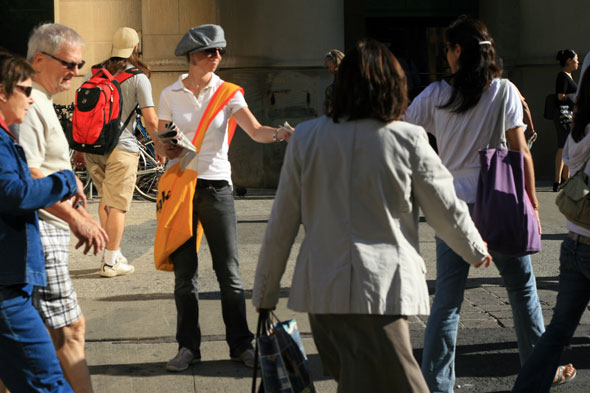 Walking around the downtown core yesterday, I spotted them everywhere, some taking the time to explain to curious pedestrians what the paper was all about.

While not everyone took a copy, those who did seemed genuinely intrigued to check out whether the pages inside offered anything new and exciting to their commute home from work. 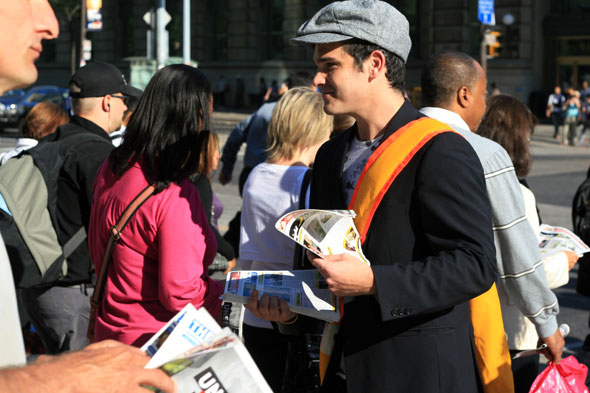 John Cameron, the young publisher of the paper, was handing out copies at the corner of Yonge and Front. Most passersby wouldn't have had a clue who the guy was that gave them their first issue, but perhaps connected the dots later when they found his mugshot (and welcome message) inside on page 3.

Have you picked up a copy of t.o.night yet? What do you think? Watch out for issue number two this afternoon. 100,000 copies are distributed daily between 3:30 and 6:30PM. 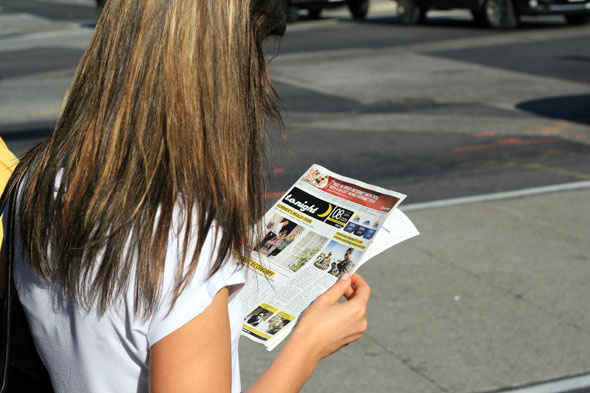 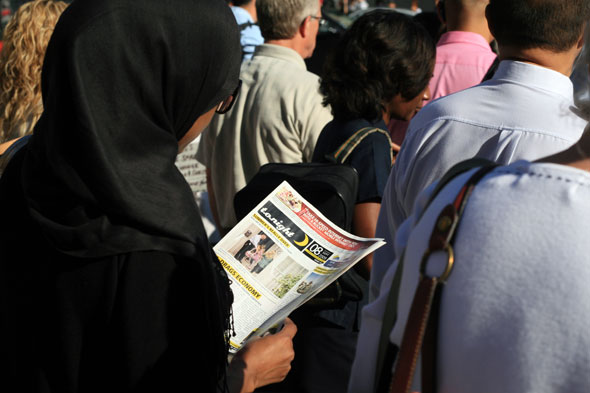 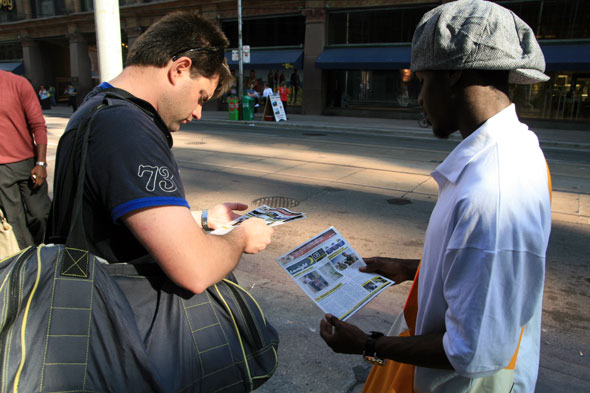