When a 29-year-old woman tragically fell to her death on Wednesday night from the roof of one of the University of Toronto's oldest buildings, facts were thin on the ground. Police withheld her name and that of the young man who was with her, but vague details emerged that they were on a first date, that they'd probably been drinking, and that they were trespassing on the grounds of the ivy-covered Victorian building that once housed Knox College on a lark, hunting for ghosts.

What happened next was that a website run by Sue Darroch and Matthew Didier was deluged with hits, and the Toronto couple was inundated with requests for interviews. The reason is simple enough - when you type "Toronto ghosts" into Google, their website is the first thing you see.

By the morning, they'd posted a press release on their front page expressing their sympathy for the family of the young woman, but stressing the lack of a connection between their organization - the Toronto & Ontario Ghosts and Hauntings Research Society - and the hapless couple. What especially puzzled Darroch was that, while U of T is rich with ghost sightings - Trinity College, the Soldiers' Tower at Hart House and University College are reputed hot spots - the building at 1 Spadina Crescent had no reputation for hauntings.

"We have nothing on it on our website - not a single rumour, nothing," Darroch tells me. "Why they thought it was haunted, I don't know - it could just be because it is a creepy-looking building. And people watch a lot of movies and read books and assume that older, more gothic-y looking buildings are haunted, and that's absolutely not correct."

Darroch and Didier are used to a spike in media inquiries every year as Halloween approaches, and Darroch observes that the success of a paranormal-themed movie or TV show will inevitably lead to a surge in traffic to their 12-year-old website. "When you have a popular movie, for instance when The Sixth Sense came out, a lot of people contacted us because they were very concerned about their children. Something will happen in pop culture and people try to translate it into what they're experiencing."

Darroch insists that she and Didier are "agnostic" on the existence of spirits, and that they're more concerned with a scholarly take on ghosts as "myths and legends."

"Very early on when we started this site we had to say that we're not ghost hunters," Darroch tells me. "I mean, could you imagine the taxidermy?" 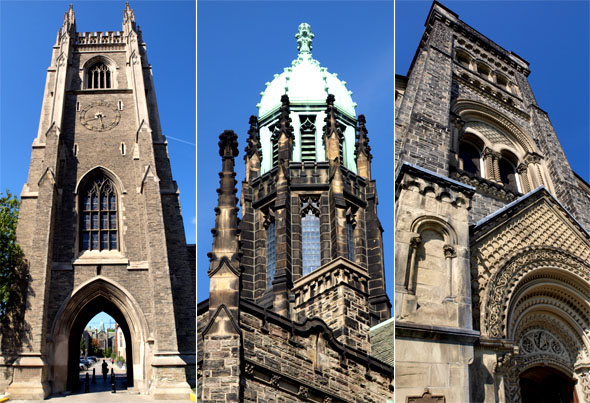