If you commute downtown to work on a daily basis, picking up a Metropass is a no brainer. It allows Torontonians to access the transit system whenever they please, even if the destination is only a few stops away. Since its introduction in the 1980s, the pass has been the preferred fare payment of TTC 'regulars.' It has, however, recently come under public scrutiny.

When the pass was made transferable, it definitely patched up a small hole in my pocket. Before I moved out, my roommate and I would split a pass every month. I worked during the day, and she worked during the night. Our household was able to use one Metropass - for the cost of two. With many similar living arrangements in the city (especially among students), I am not surprised that the TTC is projecting a $17.4m deficit.

What's worse? The $20 million and change that was saved during the garbage strike will now probably be used to cover the gap. On average in Canada, 60% of public transit operating costs come directly from money paid by the user (compared to 40% in the US). Due to this large percentage, a change in fare practices could affect the total yearly-revenue quite easily. The rest of the cash is supplied by Federal, Provincial and Local governments. I believe the sudden change in Metropass restrictions is why the TTC lost so much, so quickly.

As operating costs rise, so do fares; it's inevitable in any transit system. In November of 2007 the price of the adult Metropass went up to $109 - in order to save money you would have to take 49 trips (42 if you include the tax credit). Soon after, the pass was made 'transferable' - a definite incentive to purchase one. 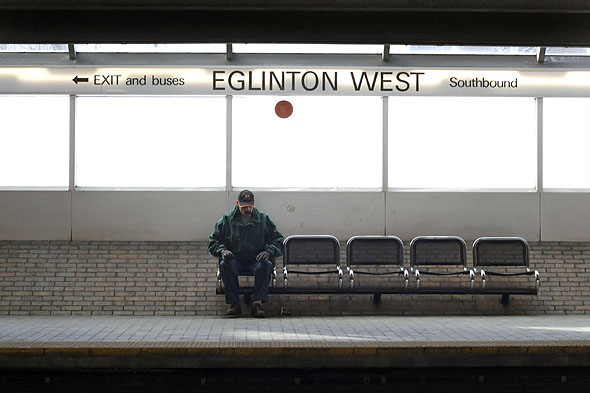 This was an attempt by the TTC to make the pass more valuable while retaining a steeper price point, but now it has come at a cost... a $17-million cost. With ridership projected at a record 473 million trips this year, shouldn't the TTC, if anything, be making more money? The transferable pass is to blame, and I, as many others, saw it coming.

Although the Metropass is a key culprit, spending on extravagant projects may also be a cause. I'm talking about the projects that make the system more visually appealing, instead of actually improving service. The $5 million used on Museum Station could have definitely covered a large portion of the deficit. In addition to this are other initiatives, such as purchasing your Metropass with AirMiles instead. A move that costs the red rocket some additional capital.

The end result? I smell a fair hike in the near future. Mayor Miller promised that one would not take place in 2009 as Torontonians are struggling with the recession. I'm extremely confident that one will take place in early 2010 in an attempt to keep the TTC's budget balanced for the following year. The other solution is to make the pass non-transferable again, which would ultimately enrage many commuters. Either way, one thing is clear - the TTC has a mess on its hands once again.