Saying Goodbye to the Valhalla Inn

After saying goodbye to its last guest last month, Etobicoke's Valhalla Inn will have its contents auctioned off today and tomorrow, and probably the most eccentric airport hotel in the city will begin to disappear forever. I was lucky enough to get a look at the empty hotel last week while working on an article for the National Post, and I couldn't resist sharing my photos of the visit.

The Valhalla Inn was opened in 1963 by a developer named Edmund Peachey, who thought that the standard motor inn, as typified by the Holiday Inn chain, lacked a lot in style. He found his inspiration in northern Europe, both in the clean lines and warm wood of Scandinavian modern furniture, and the Norse past, and the result was "a city hotel in a country setting," as the hotel would sell itself.

The exterior is all rock and wood, with distinctive cedar patterned edging that runs throughout the whole building. The three peaked roofs of the Nordic Dining Lounge were inspired by Viking longhouses and designed by the architectural firm of George Robb, the man behind the Shell/Bulova Tower at the CNE. They became the hotel's trademark, mirrored in its stationary and signage. A local heritage group has promised to preserve key elements of the building, including the carved dragon ship's prow bar in the dining lounge, the massive handles of the front door, and key pieces of signage, including those from the entrance to the basement Mermaid Bar. 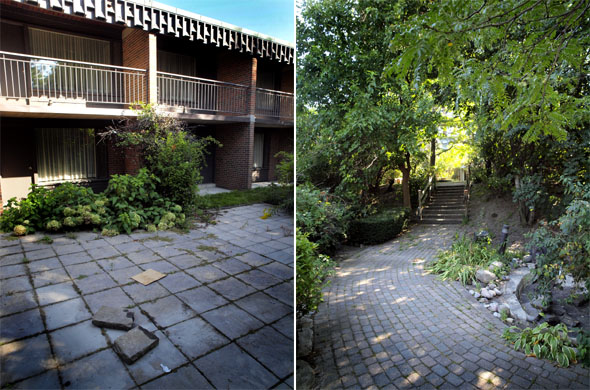 Peachey clearly had a vision for his hotel. A small herd of tame deer once roamed the landscaped interior courtyard, though no one can tell me when - or why - they disappeared, which only prompts one to speculate about any number of alternately comic or pitiful scenarios. The Mermaid Bar was built around the hotel pool, with a trio of watertight windows where you could watch young women in fish tails swish about while you nursed your gimlet. 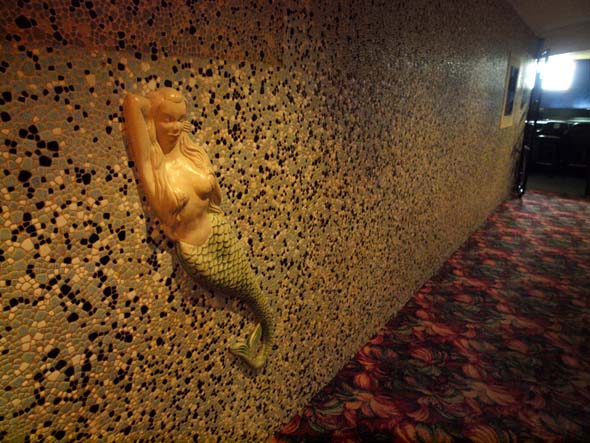 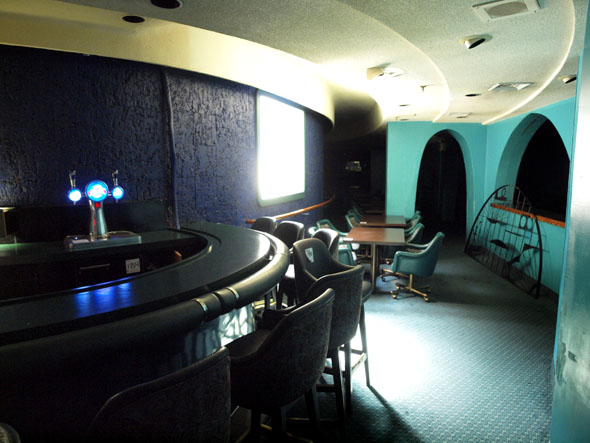 As I said in the Post piece, it seems like something you'd expect to see in Miami Beach, not Toronto, and in any case the windows were eventually covered over with stained glass panels after guests started stripping off their bathing suits to the amusement of Mermaid Bar patrons. The panels were finally removed after the hotel closed, and light streams from the empty pool into the deserted bar for the first time in years. 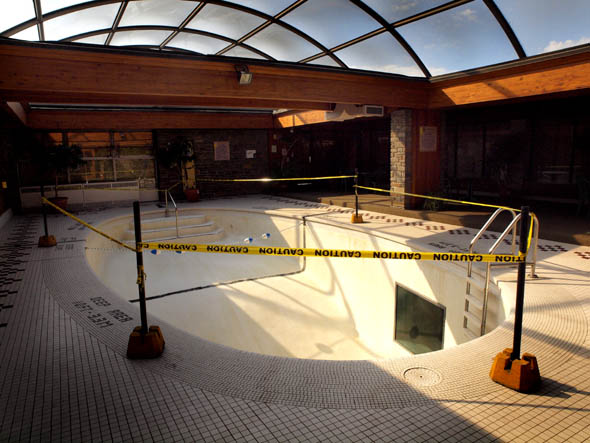 Reviews of the hotel from its last couple of years of business are mixed, and one refers to the atmosphere of an evening visit to the Mermaid Bar as "kind of desperate." Hotels live a precarious existence - if they can't trade on luxury, history and location, they have to provide every service and amenity possible, and it's obvious that not much was done to upgrade Peachey's hotel in its declining years with wi-fi or flat panel TVs in every room, and most of the dĂŠcor piled up in conference and meeting rooms named after Norse gods like Freya and Odin is backdated to the '80s. 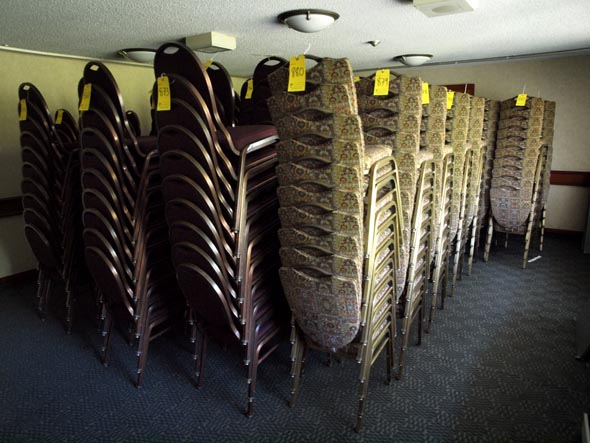 Terrance Jacobs, whose company is in charge of liquidating the Valhalla Inn's assets, says that in spite of this he was impressed with the care staff had taken with the hotel, which was dated but hardly seedy when he came to do his first inventory. There are over 2000 lots in the sale, including many thousands of dollars of industrial restaurant and laundry equipment, the contents of 240 rooms, the DJ booth from the Mermaid Room, the hotel's courtesy van (now sitting on a flat tire in the parking lot next to the 427) and endless lots of china, silverware, stools, chairs, towels, bed linen and cutlery. A high-rise condo will rise on the spot after the building's been emptied, though all that's left of Peachey's hotel will be the name of the street leading to its entrance and the office towers just to the south, and a hotel in Thunder Bay opened afterwards in what was supposed to be the start of a hotel empire. 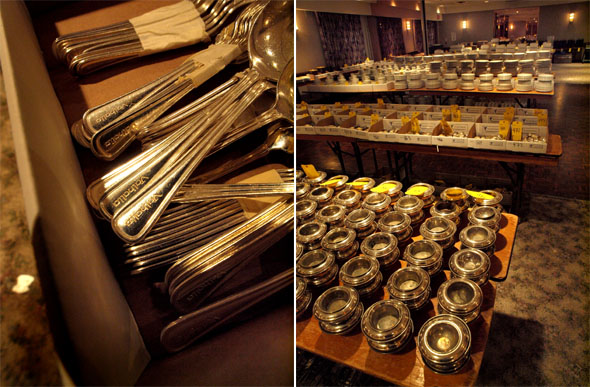 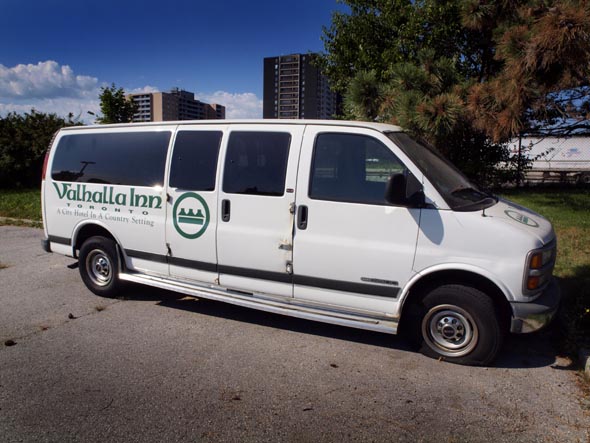