H1N1 To Accelerate E-Learning at Toronto Universities and Colleges?

As the first full week of the 2009 academic year comes to a close at Toronto colleges and universities, the usual talk of class schedules, exorbitant textbook prices, and looming assignments remains. But along with these start-of-term topics, there's another subject on the minds of both students and faculty: the H1N1 influenza virus.

With American university Washington State already dealing with an outbreak involving up to 2500 students, local schools are preparing for the possibility of a similar event. And these plans could entail radical changes to the way that courses have traditionally been taught.

As part of the University of Toronto's 'preparedness plan,' a spokesperson has confirmed that students "are being advised that if they are ill, they should stay home from school." In conjunction with this, faculty have received an instructional document that outlines strategies to "adapt the delivery and administration of classes and related academic procedures, [which] might most readily be done through technological means..."

Although online learning has increased in popularity in recent years, such courses still make up a miniscule portion of the overall offerings at an institution like U of T. But, in the event of a pandemic, the school seems set to embrace the idea of running classes in this capacity on a grand scale. 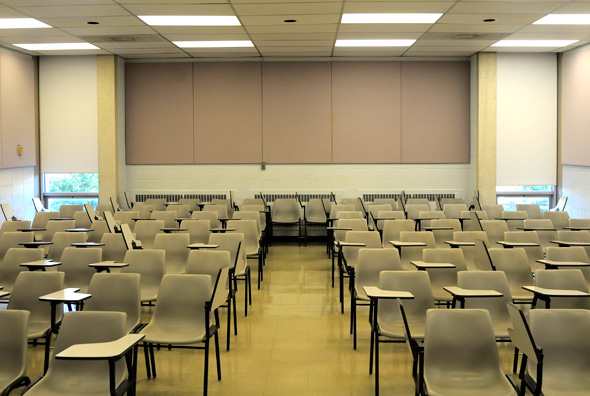 Many believe that online classes are the way of the future. Professors Judith Schoenholtz-Read and Kjell Erik Rudestam, co-editors of the Handbook of Online Learning, are convinced that "online learning can serve students from diverse locations around the globe and engage them in productive, exciting, and satisfying learning communities."

The upcoming flu season could provide a crucial test of such a conviction on local campuses.

Still, some students are worried about the prospect of such rapid changes. Peter Brown, a third year political science student at U of T, wonders, "how will they be able to implement these strategies for thousands of students with so little notice?"

A valid question to be sure, but should universities find that the adoption of online learning offers a feasible solution to the attendance problems an H1N1 outbreak may bring about, such practices may remain long after the inoculations have been delivered and the Kleenex used up.