Does Poutine Mark a New Beginning for the Dundas-Sherbourne Corridor?

After nearly a year in business serving curry and nacho versions of Quebec's famous dish, Smoke's Poutinerie owner Ryan Smolkin is set to open his second location later this month directly across from the infamous Filmore's strip club at 203 Dundas East. It's pretty much smack dab in the middle of a part of the city known more for guns and girls than gourmet anything.

In fact, a recent article in the Toronto Star ranked the Dundas-Sherbourne corridor the worst in Toronto for violent crime. Crack dealers, strippers and scores of homeless are all part of the mix. 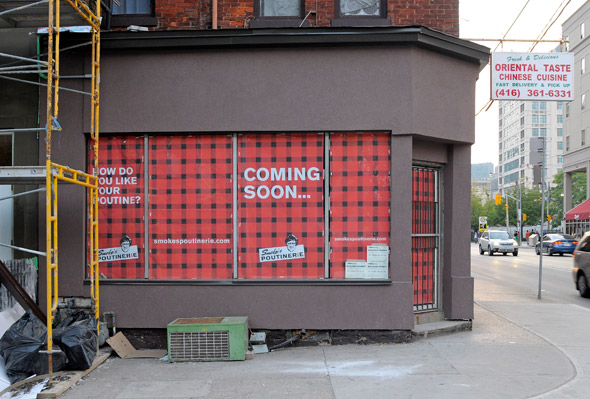 Wondering if all the negative press this neighbourhood's received is accurate, I caught up with Smolkin to chat about his venture and his newly adopted surroundings.

When I ask him some of the reasons for selecting this new 'hood, it's pretty clear he's done his homework. Smolkin fires off a slew of qualities that attracted him to the area. "First off, it's central; only a short walk from Dundas Square. And the proximity to Ryerson is a real plus. I see a lot of young professionals in the area... way more than some people would have you believe. Of course, there's a seedy element, but that's not everyone on the street. There's an eclectic mix of people here. It's a totally untapped market."

The area is also chock-full of tourists staying at the three hotels in the immediate vicinity. And while I would imagine most of them head west rather than east of Jarvis when they leave to explore the city, the truth is that poutine is quite the attraction for those looking to sample some authentic Canadian cuisine. 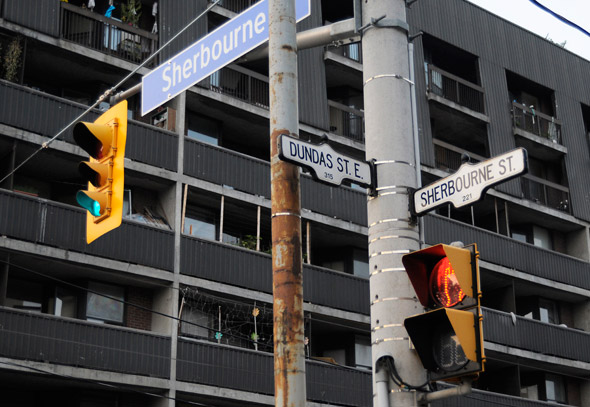 As we continue it becomes pretty clear that an intriguing combination of pragmatism and idealism mark Smolkin's observations.

"This is one of the few areas in Toronto's core that's priced at fair-market value. And gentrification is always taking place. I'm not interested in the past. It's the future I care about."

It appears he's not the only one. A new condo is slated for development a few footsteps west and the provincial government has recently purchased the former Sears office building at 222 Jarvis. They plan to share the space with the ever-expanding Ryerson.

"I think it's a good sign", suggests Smolkin. "As the area around Jarvis gets redeveloped, I'm confident it'll spread."

And he's playing his own part in this process. "I believe in the neighbourhood so much that I bought the whole building." Beyond the street-oriented restaurant, Smolkin is relocating his office space and catering division to Dundas as well. He also has plans to make it the home base for his soon-to-launch mobile unit, a sort of souped up chip truck that'll make the rounds to events and hot spots throughout the city. 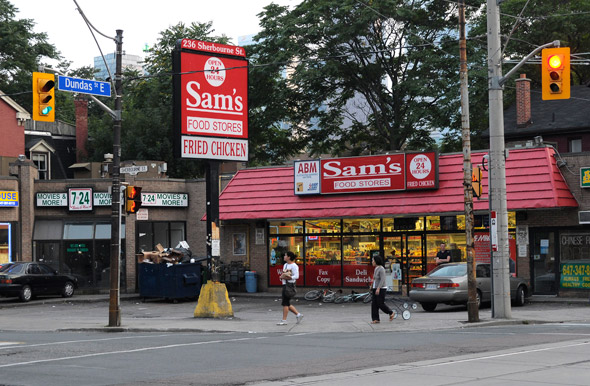 One thing is certain - he isn't second guessing his decision to locate here. And he can cite some positive signs that he's already seen. "When I redid the stucco on my building, my neighbor decided to as well. There's something infectious about taking care of your property."

Perhaps it's this very optimism that the area so desperately needs? Instead of extra police officers maybe we just need more intrepid entrepreneurs?

"Come and talk to me in five years," Smolkin says. "I have great faith that this neighbourhood will succeed."