Toronto Behind the Boarding: Rising Out Of A Pit Near Queen & Spadina

First a fire-damaged building, then a muddy hole, the most recent iteration of Urban Outfitter's eastern neighbour on Queen West is an unfinished concrete pit.

Places like these seem particularly drawn to Toronto's Queen St. (as seen here, or here, or even here). I found a similar space on the eastern end of Queen near the water filtration plant, but it had been cleaned up, and is not hidden from the public behind boarding, which on the other end of town seems nothing more than an opaque bulletin board for seemingly random advertisements, rarely intelligible. Nevertheless, bizarre patches such as this intrigue many. 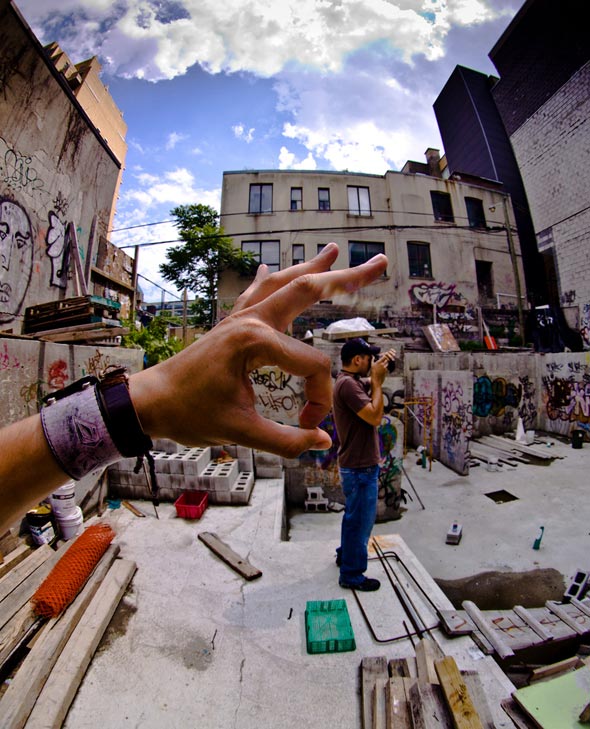 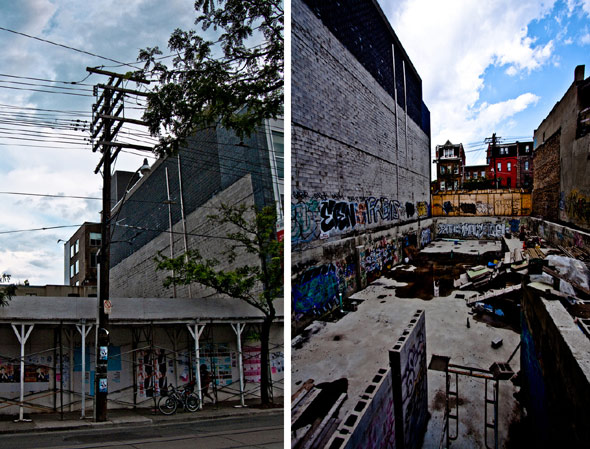 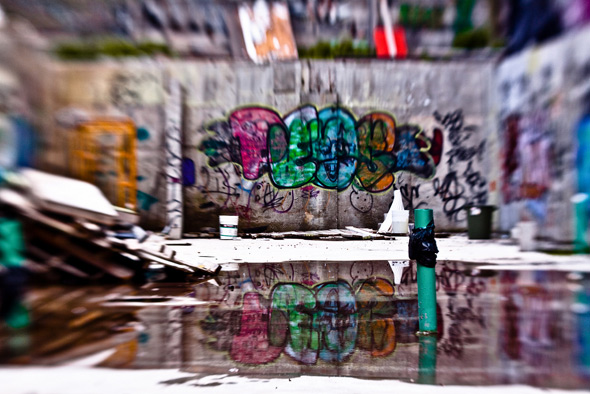 I see in this concrete hull a cement playground-turned-3D-canvas for local graffiti artists. Walking by just yesterday, I see that the re-developers have finally started the skeletal structure of a small building - so I suppose all of the street art will soon be buried. I am neither condoning nor chastising the artists - only bearing witness to their vision of the reclamation of an unseen space. 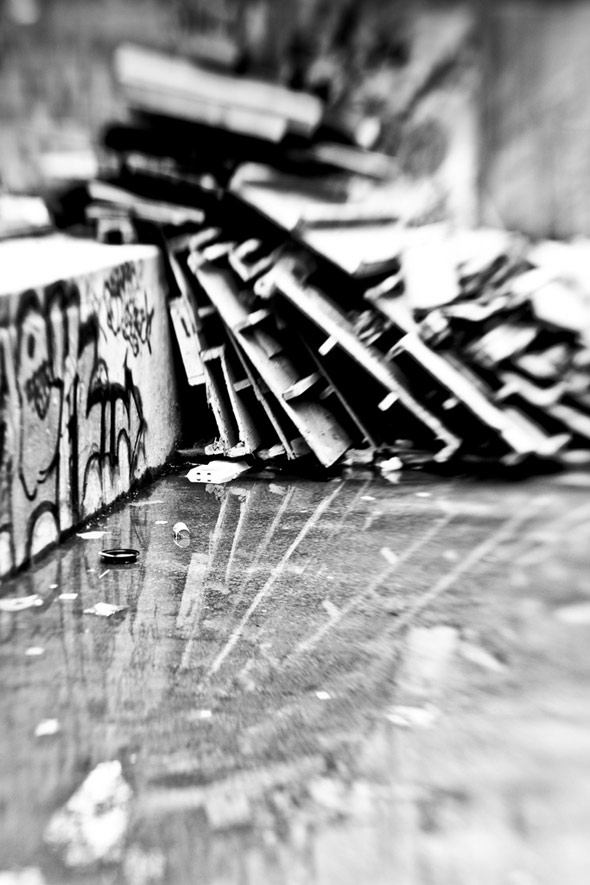 Very practical worker items are scattered about, but have clearly served a more duplicitous function as steps and ladders for the various sojourners to this pit... 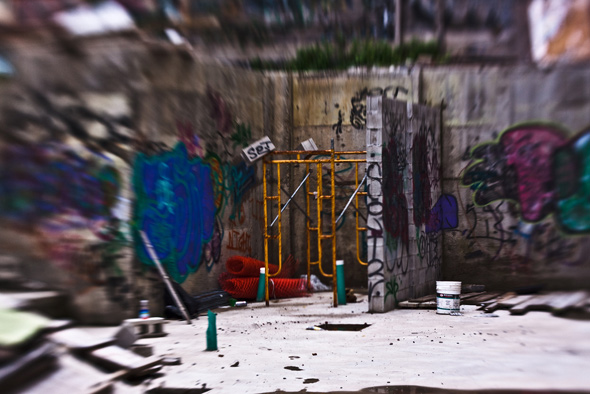 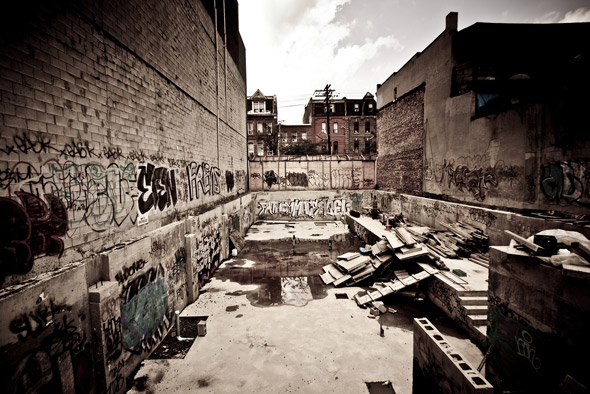 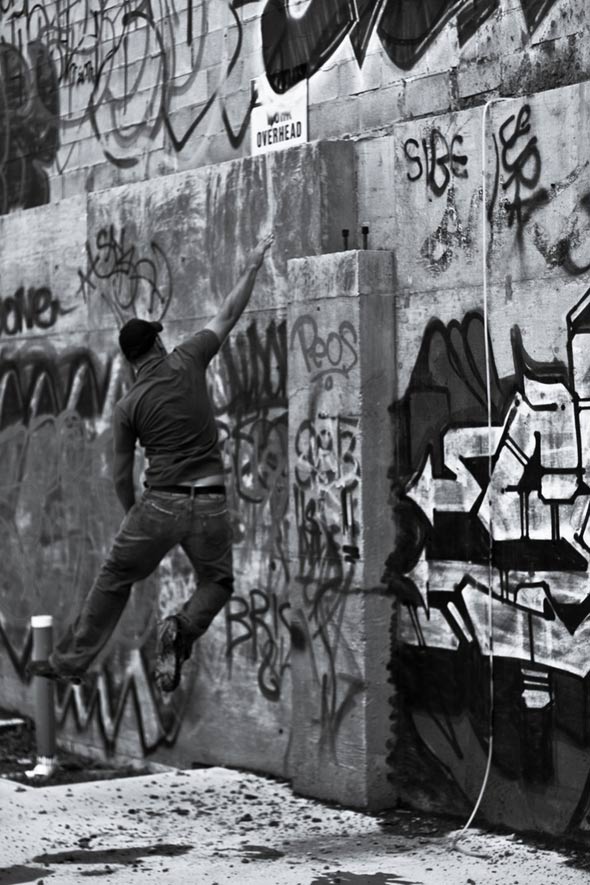 As always, it was interesting being only meters away from a bustling major street, but in a space of almost complete silence.

The jagged brick patterns were particularly striking, where the invisible building once met its neighbour... 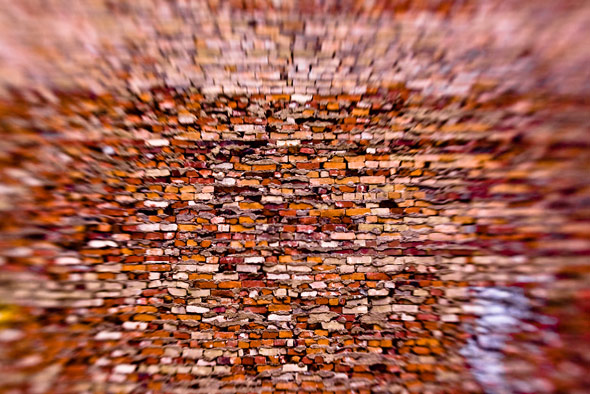 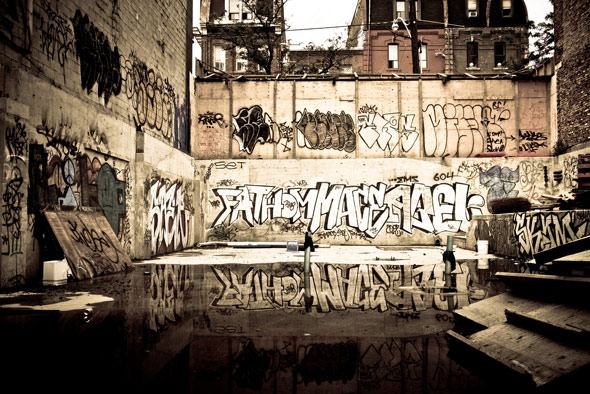 Even I had to have a bit of fun with my camera in this bizarre area, knowing that at any time, I could come back and it would be gone

Before its very recent development, I had relegated this place to the realm of the many other boarded facades in the neighbourhood. It seemed yet another testament to Toronto's abandonment issues; a cover-up, band-aid solution for an area not profitable enough for the city to care about let alone take seriously.

A less cynical side of me sees these places as urban curiosities, however, rather than failures; they are merely zones of transition, some taking far longer than others. It is always interesting to see members of the community using 'unusable space' during this evolution for their own ends - for urban art, or even just as a secret spot.

For me, boarding has always been more of a psychological deterrent than a physical one. It is a sign for most to avert their eyes - but for some, it only makes their vision focus all the more.

(To see the rest of the snaps from this place, as well as high-res. versions of those above, you can visit my flickr slide-show below.)