Yesterday evening's massive, violent storm wasn't quite like anything most of us have ever seen around these parts, with several funnel clouds and tornadoes (photos and videos) touching down across the GTA. Vaughan seems to have gotten the worst of it, with an estimated 120 homes having been damaged, several areas in Southern Ontario lost power, there was plenty of flooding on streets and in homes, and there was one reported fatality in the mayhem in the Town of Durham. Thankfully injury reports are generally neither numerous nor severe. The cleanup continues.

Talks between the TTC and Toronto Police Services regarding shifting the bulk of policing our transit system into the hands of the real police are not progressing particularly smoothly. Apparently the heart of the debate is over labour issues, job roles, and authority, none of which are what really matter; it's public safety that should be first priority, shouldn't it?

Maple Leaf Gardens is going to be the studio/venue for an upcoming CBC reality TV show starring Ron Maclean, Kurt Browning, and NHL veterans (such as Lanny MacDonald, Glenn Anderson, and Tie Domi). Hockey players and dancers pairing up to compete in "Battle of the Blades" in the name of charity sounds like an interesting concept, but the choice of venue is what's particularly awesome.

The parents of "Baby Kaylee" are back in the media spotlight because they're embroiled in a dispute with the women who created a trust fund to aid them in their care for the child. The parents want to use the money to assist in the purchase of an SUV, and claim they need it to transport the child's medical equipment.

And Markham's Buttonville Airpot, the 10th busiest airport in Canada, is poised to be shut down if government funding isn't secured to help keep it open. The feds already yanked their contribution, and the province doesn't look like they'll be bailing the airport out either. Will the traffic be diverted to Pearson, or to the island? 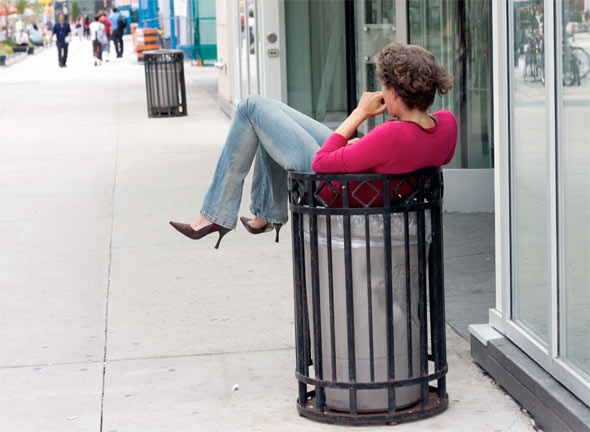