A Flowrider mobile wave machine is at The CNE this year. While I didn't have the bravado to jump in and (try to) surf around while others watched and cheered me on, I did get a chance to watch how the pros do it.

Designed to simulate a never-ending surfing wave, the constant flow of water keeps the surfer afloat as he tries to maintain balance on a four-foot incline while doing skateboarder-like tricks. Pro Skateboarder Tony Hawk will show us how it's done this Friday and Saturday. 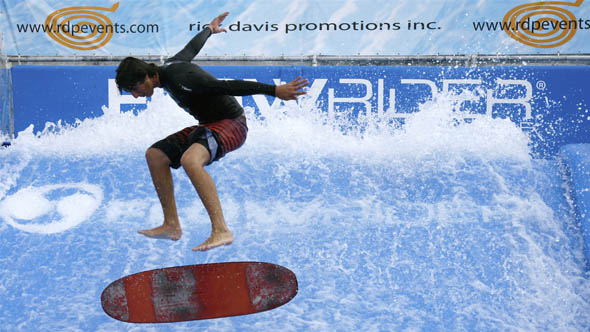 This machine has become popular in water parks in the U.S. and in Europe. I was surprised to learn that there are even Flowrider National Championships.

It's much harder than you think. The demos were fraught with spills. But when a trick is fully executed, it's quite the thrill to watch. 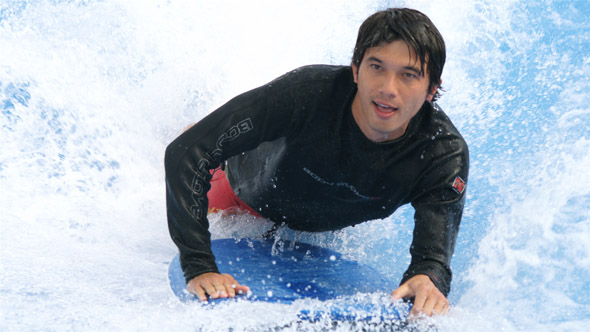 Nguyen (pictured above) took a while to get into his groove and was upstaged by the younger Silviera for the better part of the demo. But by the end they had some awesome duo displays, proving their camaraderie in the water. 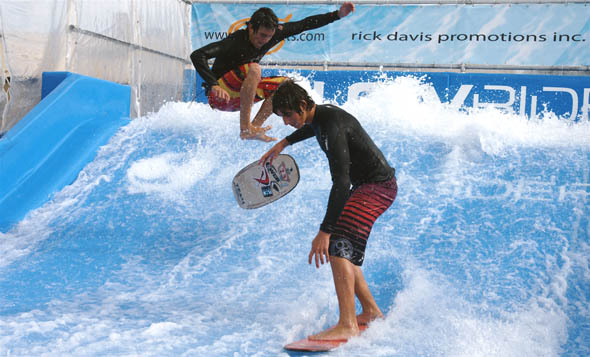 If you're going to attempt the Flowrider yourself, be sure to bring along a bathing suit and sign the waiver. Once you're out there, it's just you, the waves and a whole lot of water. And a captive audience.

The Flowrider mobile wave machine is situated on Princes' Blvd., near the Strachan Ave. entrance to The Ex. You can jump in and try riding the wave yourself for $20 for a 30-minute session.