The CN Tower - it's Toronto's most iconic and unavoidable building. Ever since its completion in 1976, the Tower has not only dominated the city's skyline, but at just over 553 metres, it's been a ubiquitous presence in general. And with this in mind, I've often wondered what the city might look like without it.

In fact, it was a tragedy that got me dwelling on this hypothetical scenario. After a 2002 visit to the former World Trade Center site in New York City, I couldn't help but imagine what the loss of the CN Tower would mean to my city's physical and psychological landscape. 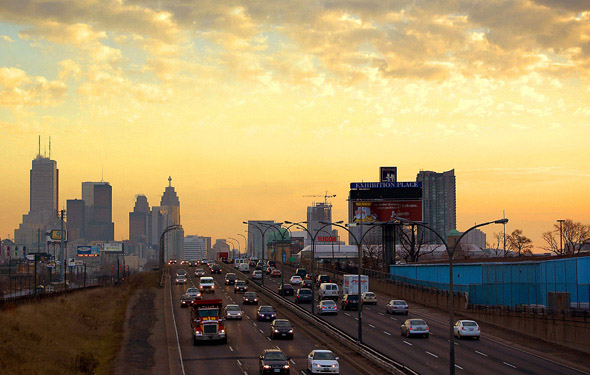 With a brief exception when the so-called Toronto 18 were alleged to have plotted to take down the Tower, these ominous thoughts eventually faded from mind. And yet, every time I would take a photograph that included the CN Tower, it would again spark a curiosity about what the city would look like in its absence.

So, after becoming relatively proficient with the digital manipulation of photographs, I decided to go ahead and remove the Tower from a few. Liking what I saw, I proceeded to do a more extended series, of which these are some of my favourites. All of the photographs here depict a scene of the city in which the Tower is included in so-called real life. 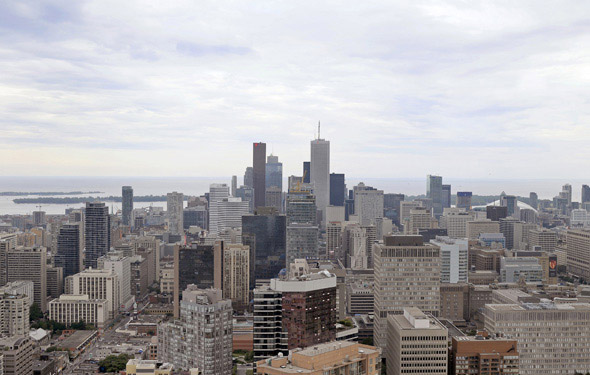 I once heard that the 19th century French writer Guy de Maupassant hated the Eiffel Tower so much that he ate his lunch there everyday so as not to have to see it. Personally I've always been ambivalent about Toronto's most famous landmark. Sometimes I think it's quite cool, and at others, I think its vaguely 'futuristic' appearance is annoying to have to look at everyday. 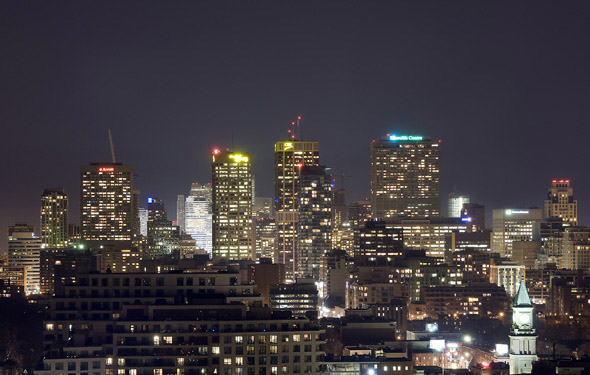 Perhaps more than anything, these images were a way of asking a question about my photographic relationship to the city. I've often felt limited when continually shooting Toronto, thinking there's little left for me to contribute to the wealth of images others have shot. And, to a great extent, these images were originally quite clichĂŠd and even touristy. 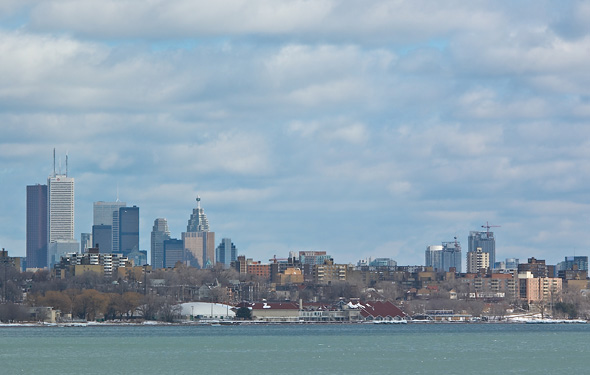 But, post-manipulation, they depict an imaginary Toronto that is surprisingly unfamiliar to me. Indeed, I've even returned to a few of them long after the removal process to find that I can't exactly place where the Tower was located. One of the reasons for this is that I've done my best to capture the city from a variety of perspectives and angles, which seems to make it more difficult to 're-place' the Tower. 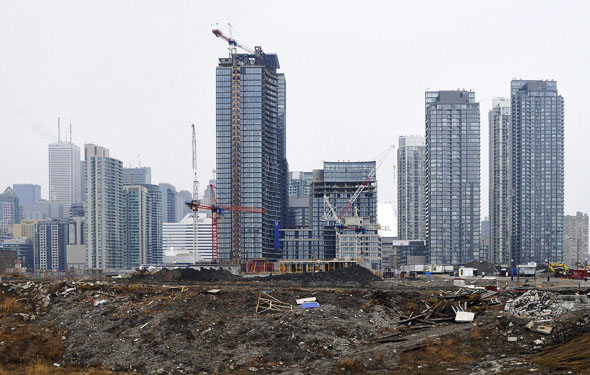 A CN Tower-less Toronto is strange and a far more anonymous place. Take, for instance the image of the construction of condos southeast of Bathurst and Front: I often think this one makes the city look like one of the many Asian cities undergoing rapid expansion. But, of course, after a longer look the other landmarks give it away. 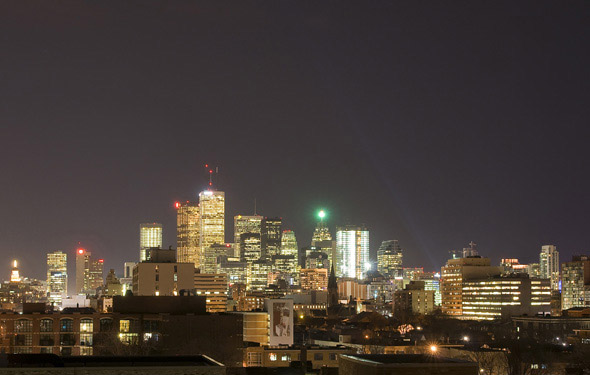 There is much debate about the manipulation of photographs. Just last week a photo essay in the New York Times Magazine by Edgar Martins was cause for great controversy when it was discovered that his photos featured a number of alterations. Well, this isn't that. I make no bones about the presence of the manipulations and have little doubt that a really trained eye could see evidence of my tinkering. But the wonderful thing about new photo technology is that, in a case like this, it can allow for the imagination of strange and compelling scenarios, which make no claim to be 'real.'

At a minimum, the depiction of this simulated Toronto has enabled me to look at my city with a fresh set of eyes.

For a look at the photos prior to the removal of the CN Tower, check out my Flickr slideshow.