Fun... sexy... unique. The sleek, curving design of Toronto's new waterfront WaveDeck isn't the only attractive aspect of the latest addition to our evolving waterfront. Today it was unveiled, coming in at half a million dollars under budget and opening two weeks ahead of schedule, after eight months of intense construction.

The wonderful flamboyant new deck more than doubles the width of a pedestrian space that used to be grimly utilitarian. The deck is the latest in the Waterfront redesign by Adriaan Geuze, whose Dutch firm West 8 won Toronto's 2006 Waterfront design competition. Over time, a vibrant lakeside walkway will stretch from Bathurst to Parliament Street. 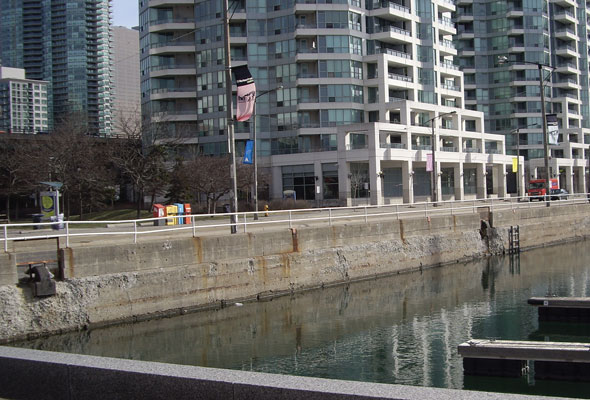 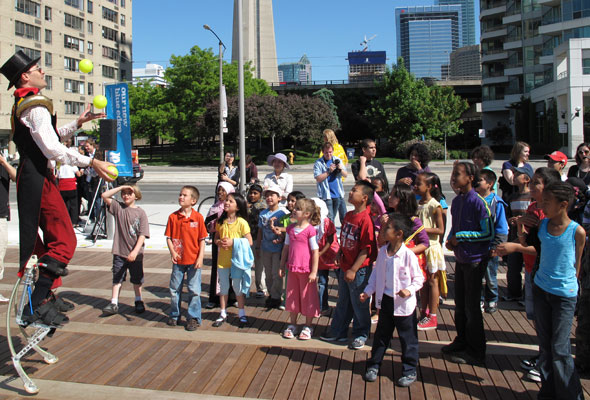 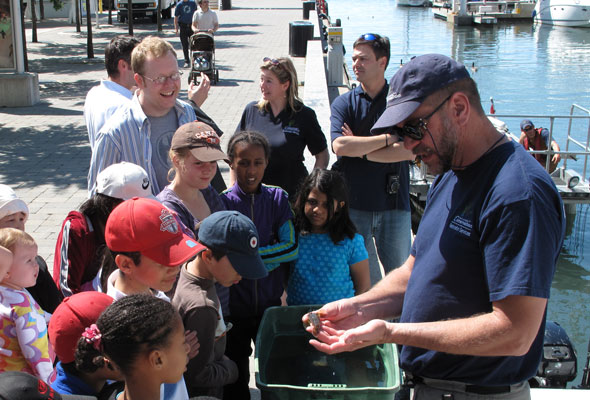 The fish haven't moved far -- they were captured elsewhere in the harbour earlier this morning. Apparently, if they like their new zone, with its specially-installed rock shoals, they'll stay. Let's hope they like the WaveDeck as much as I do. 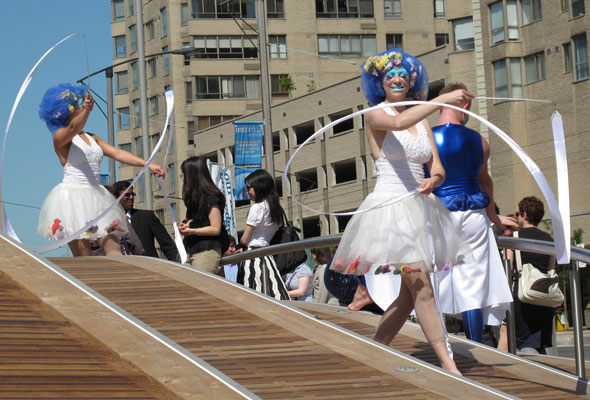 "This wavedeck is unlike any structure you'll find anywhere in the world," said Toronto City Councillor Paula Fletcher at the opening. "The craftmanship on this wavedeck is just phenomenal. We're asking for 'wow' factors here at our waterfront." And for once, the city has delivered. 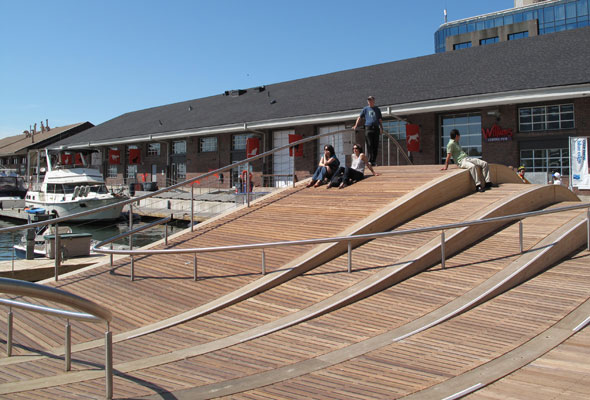 "Before" photo courtesy of Waterfront Toronto. All others by the author.