Woofstock, North America's largest dog festival, took over the streets of Toronto in front of the St. Lawrence Market this weekend.

OVer 200 companies pedaled their wares, including every conceivable pooch paraphernalia from food, fashion and furnishings to toys, gadgets and specialty services. Dogs were sniffing each other, parading in silly outfits and frolicking in the fountain.

If you're a dog person, you'd have loved the variety of canine companions wagging their tails at strangers, making new friends and posing for the puppyrazzi. 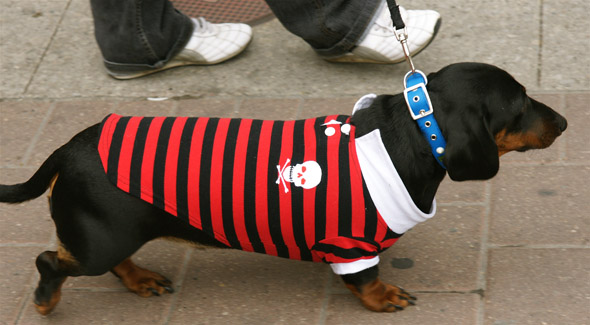 This dachshund didn't seem to mind parading about in a pirate outfit. 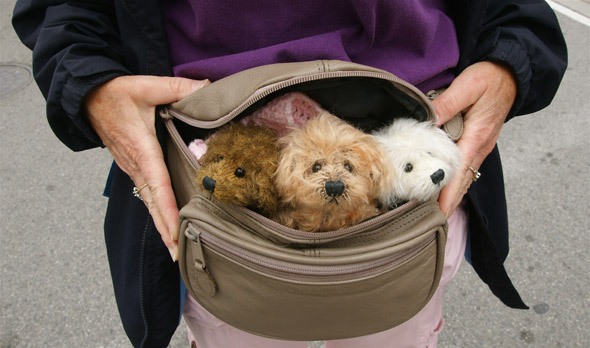 I was almost fooled by these three cute teacup terriers in a fanny pack. Until I spoke with their owner, who told me that they're hand-knit replicas of real dogs. 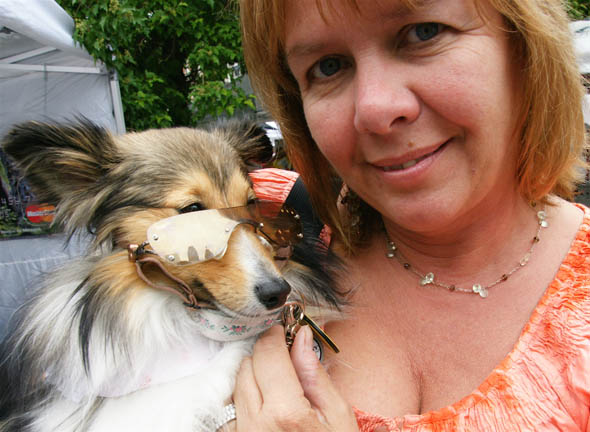 Barbara Babikian was proud of Lille, her little sheltie who volunteers as a therapy dog with Angels on a Leash. When Lille isn't doing animal-assisted therapy work, she is also a dog model. Lille has two agents in New York City and just finished a photo shoot three weeks ago for a pharmaceutical ad. 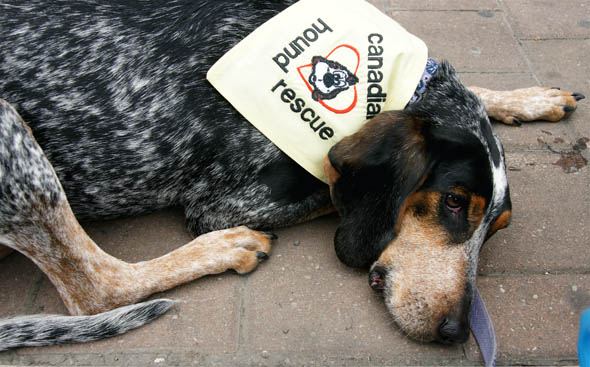 I later met this blue-ticked coonhound who is from the Canadian Hound Rescue. If you're considering getting a dog, you ought to look into taking in one of these fine canines first. 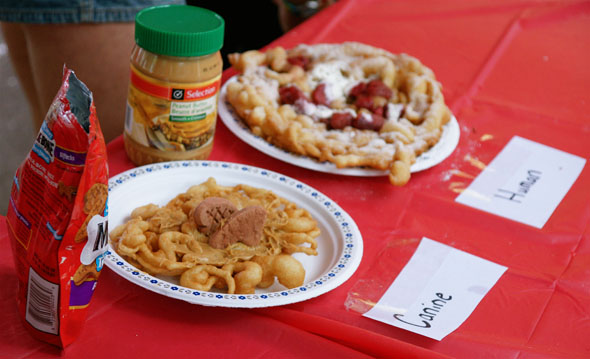 I was amazed that dogs can actually consume funnel cakes too. A specially formulated dog version of the sweet treat was available at a kiosk alongside its adult variation. 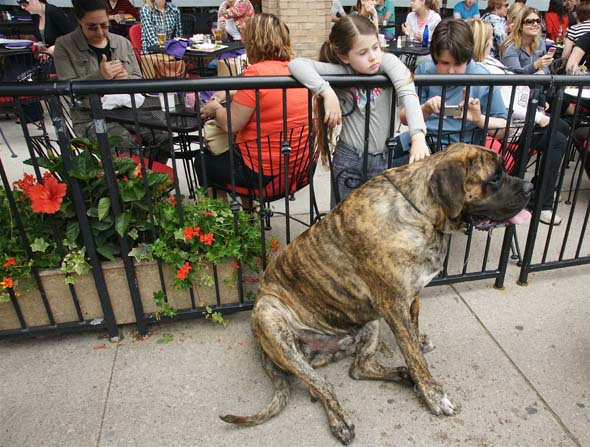 Dogs aren't officially allowed on patios in Toronto due to health regulations. But it didn't stop them from hanging out nearby and getting some more attention.

Check out some more cute dog photos I took at Woofstock in this slideshow: