Big Downpour at BIG on Bloor

Mother nature has not been kind to BIG on Bloor, drowning out much of the street festival yesterday for a second year in a row. The event, launched in 2008, is an initiative from the Bloor Improvement Group designed to bring together local community groups and businesses in the name of neighbourhood revitalization. Now in its second year BIG on Bloor is Toronto's longest car free pedestrianized street festival, stretching over 2.5km between Christie and Lansdowne. 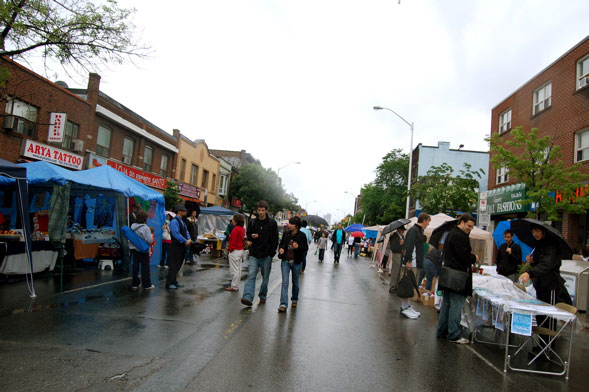 Lasting eight hours and with an impressive amount of city space to work with the event was set to include over 500 vendors and performers throughout the day. However the heavy downpour left large portions of Bloor Street virtually abandoned with vacant tables and rain soaked stages. 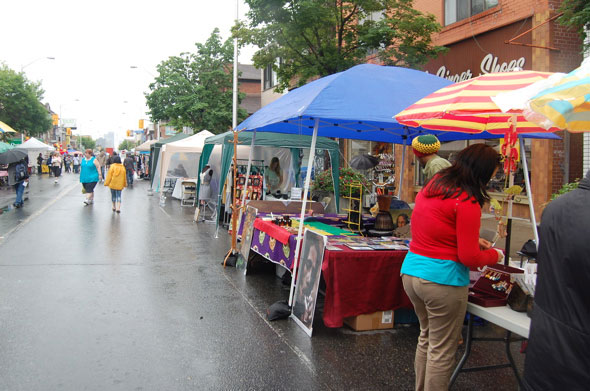 Despite the weather many participants and visitors attended the street festival, demonstrating the resilience of this neighbourhood 'on the move.' Huddled under tarps and umbrellas the community came out to support vendors showcasing local businesses, artisans, dance troupes and writers. There were also tables dedicated to charitable organizations and galleries as well as a number of impromptu garage sales. 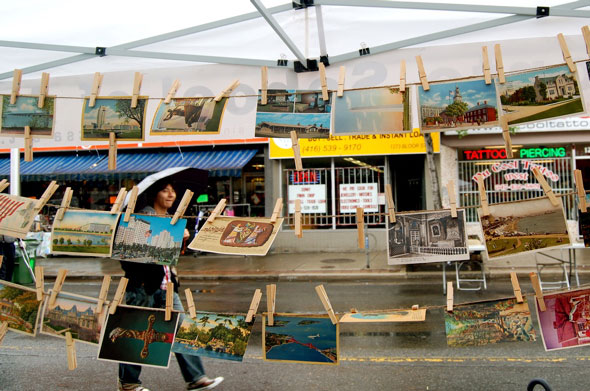 The diversity of the Bloordale/Bloorcourt community could be seen in the eclectic nature of the performers that took to the stages throughout the day. Acts ranged from a Hillbilly swing duo to a Polynesian dance troupe to a Cycling oriented puppet squad. Unfortunately many of the restaurants and bars with extended patio space were left deserted in the inclement weather. 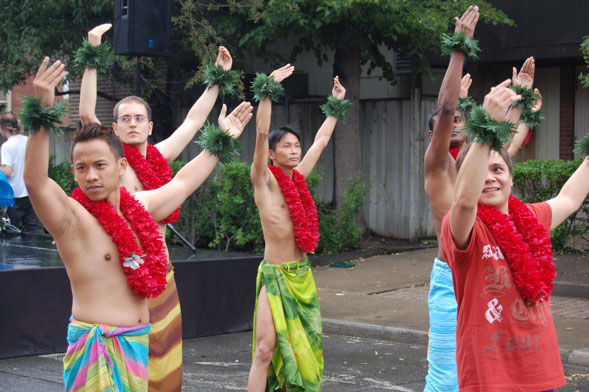 While the rain may have washed out much of this year's festival it did not dampen the spirit of this unique community. Organizers and volunteers at the event hope to continue the tradition next year with even more vendors and performers and perhaps even a little sunshine.