A Newer and More Appealing Metropass

Subway abusers will have a harder time trying to replicate and obtain Metropasses. This morning, TTC Chair, Adam Giambrone unveiled the new holographic Metropass at TTC headquarters. The first edition will hit the system this month. No, this isn't a special Star Trek Edition - this is the TTC's newest initiative to reduce fare fraud.

The Metropass itself will come with a sticker on the face which must be removed by the commuter before use. The sticker will stop users from pass renting, a practice where users purchase the pass only to return it later for a refund. Fraud accounts for $2 million in lost annual revenue a number which could be a fraction of that with the new measures.

Although the magnetic strip exists on current passes, counterfeiters are able to bypass this by quickly showing their pass to collectors. With passengers entering vehicles in herds during rush hour, collectors only have so much time to check the pass. Many of the fake passes don't have an active magnetic strip although one is usually present on the backside. 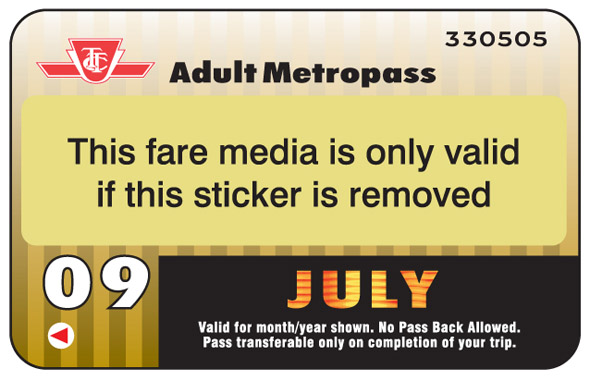 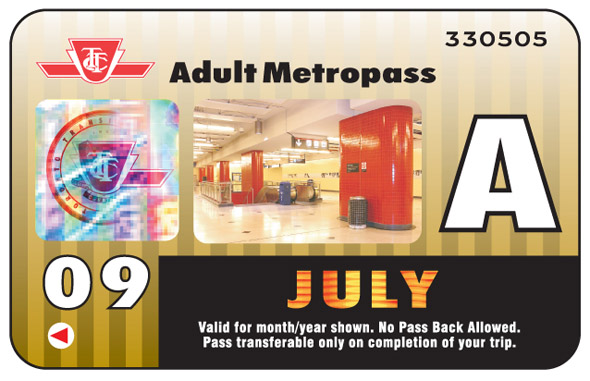 Simplistic measures such as these will not only make the system secure, but will also make the pass much more aesthetically appealing. Giambrone mentioned today that the plastic would also get some much needed "Toronto flair". Metropasses have been evolving visually over the past few years, but with very little headway. With the Toronto Transit Commission appealing to the city's art institutions in the fall, we should see the face lift by April 2010.

At an investment cost of $250 000, the system plans to save millions which in turn will help the system expand. The next step for Toronto is a unified system such as Tokyo's Suica card, or London's Oyster system. Not only are these systems more secure, they will make the TTC increase efficiency. Luckily today's announcement brings the SmartCard dream closer.