Approximately 5 kilometers north of Bolton, Ontario, rests the beautiful remains of a farming complex in the small town of Cedar Mills. Although only fragments remain, the story of Cedar Mains is typical of many early Ontario developments. A small community builds around a church, expands through a mill, and eventually becomes farmland.

It was a day of serendipity for me and two friends, as we followed our 'guide to Ontario's ghost towns', missing every important turn, yet finding our way anyhow. We had given up on Cedar Mains (only having sketchy details to begin with), so we decided to turn down a derelict b-road and park, in order to set our bearings straight for our return. In the sweltering heat, we got out of the car for a breather, and low and behold: in the distance we saw what appeared to be a high carriage underpass. 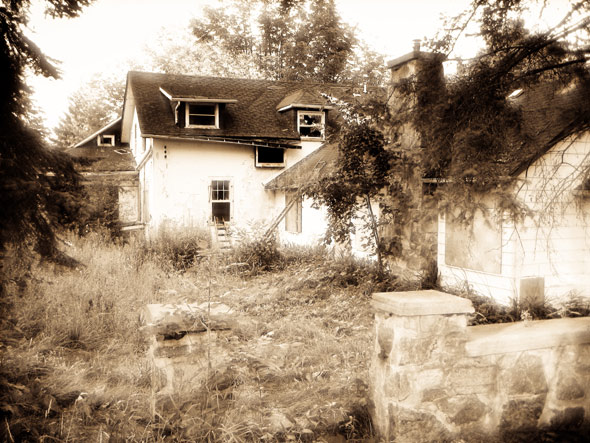 The original building (the one pictured in the lead photo) was built in 1857, and served as a small Methodist church. A gentleman by the name of Samuel Robb was the initial owner and developer of the land, and oversaw the creation of a grist mill on an adjacent property.

Eerily beautiful was the small graveyard in the midst of the remaining buildings, several of which 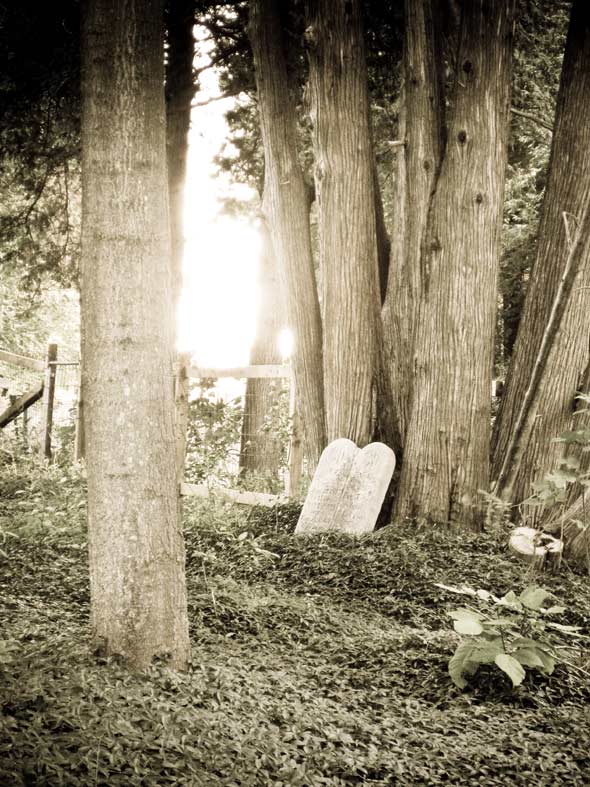 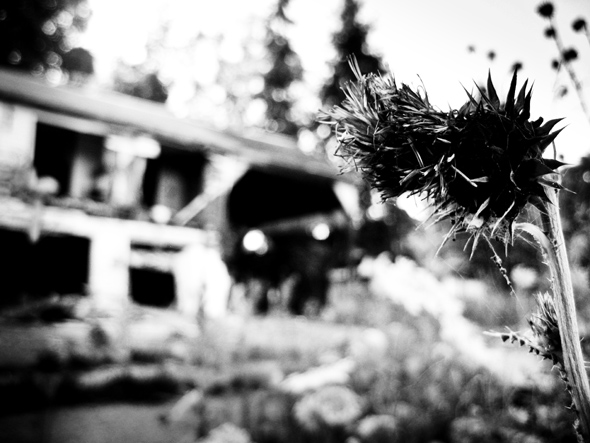 As the small community grew, Sidney Martin Blair, who worked in oil in Chicago and Alberta, began to breed purebred cattle and sheep on the grounds, further expanding the boundaries. The graves of both of his wives (the latter of whom was a Toronto coroner) can also be found on the derelict property. 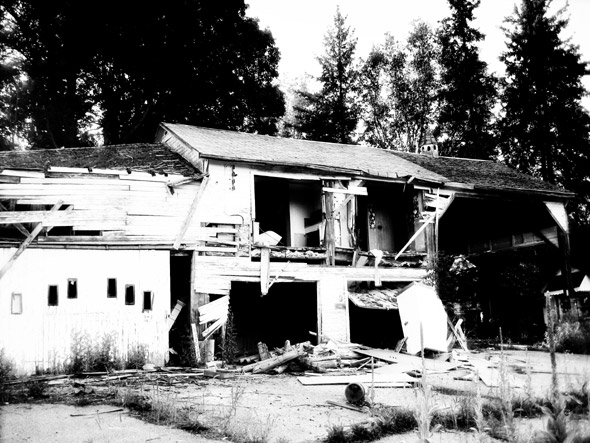 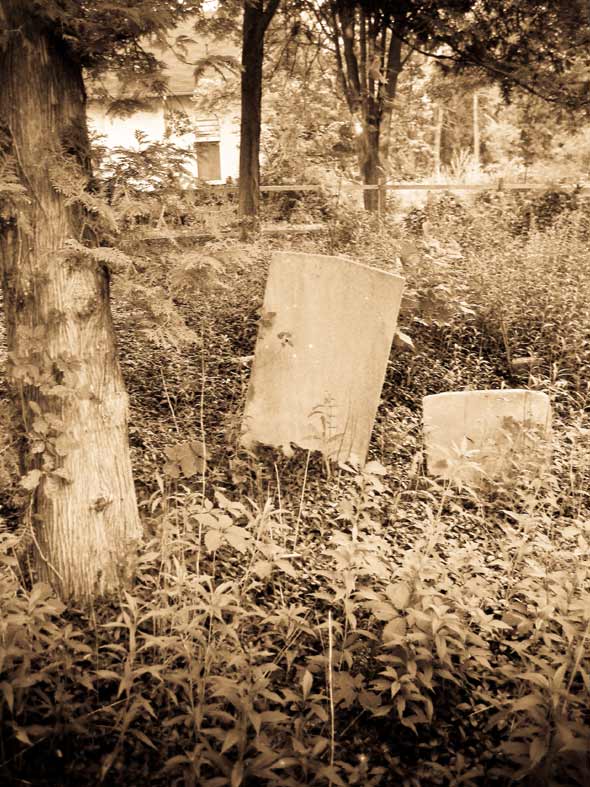 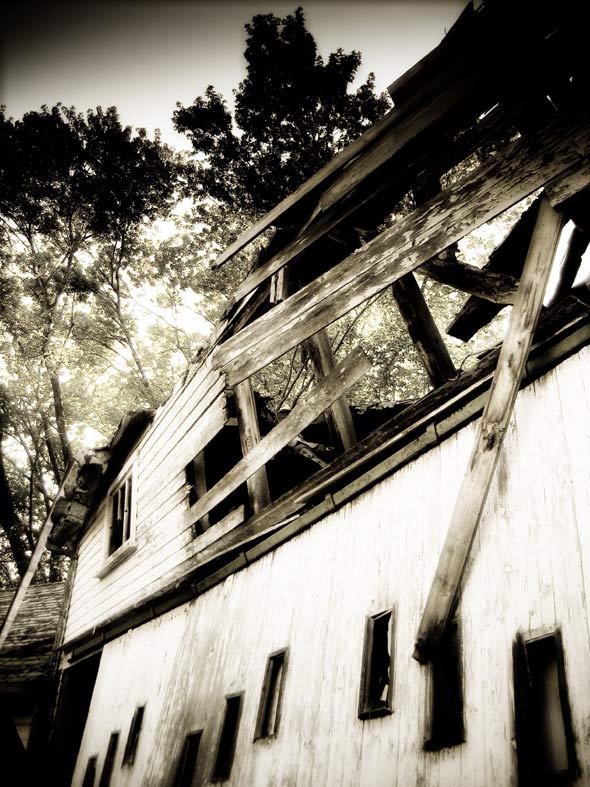 Surprisingly, parts of the property were active until as recently as 2005. This is hard to believe given the level of decay which we witnessed that day... 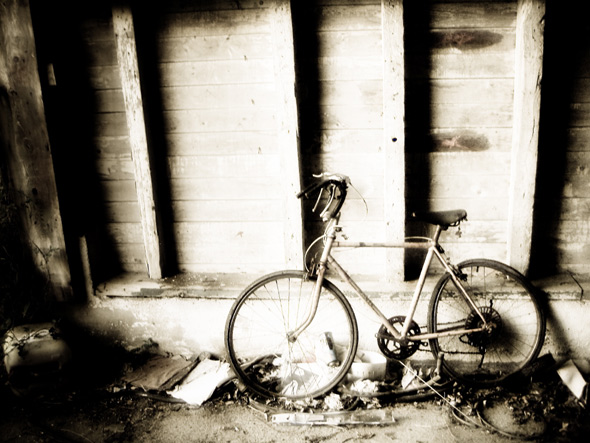 Even still, while traveling cautiously through the partially collapsed barns, we did manage to see some hints of previous life. 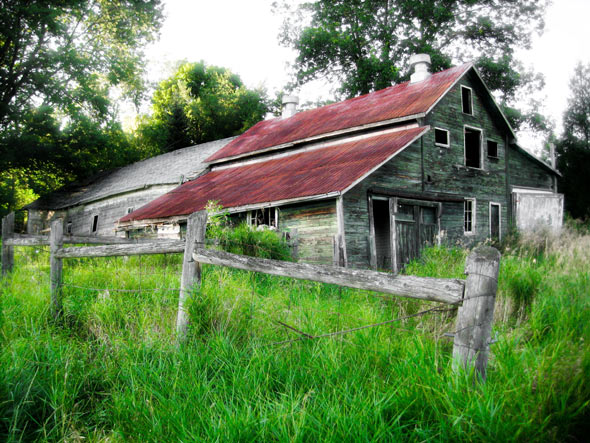 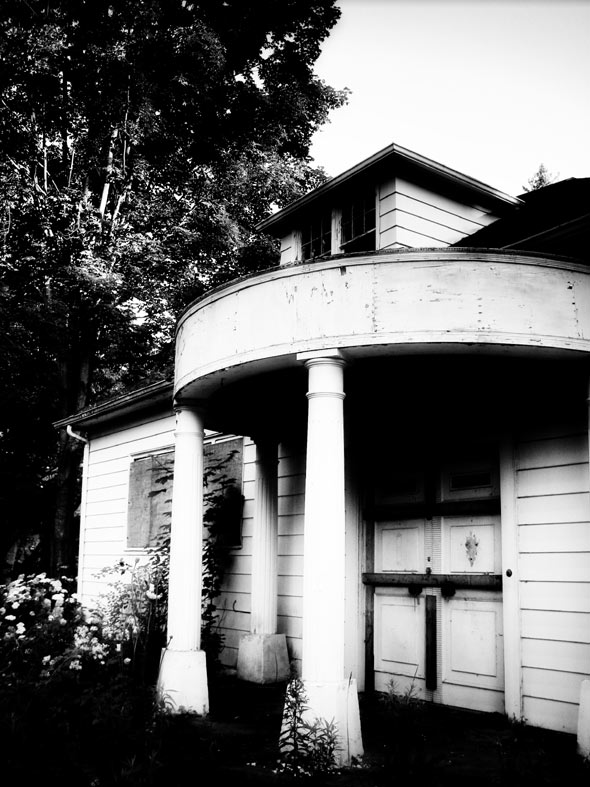 Before we left, I had one last look through the graveyard, where many of the stones were either too far gone with corrosion, or were simply upturned. I was unable to find a stone for Mr. Blair himself, who died tragically in a car accident in the early 80s. Nevertheless, he left his mark, although it is quickly fading. I will continue to look in old ghost town books for information on this quaint, if utterly otherworldly nook of Ontario. 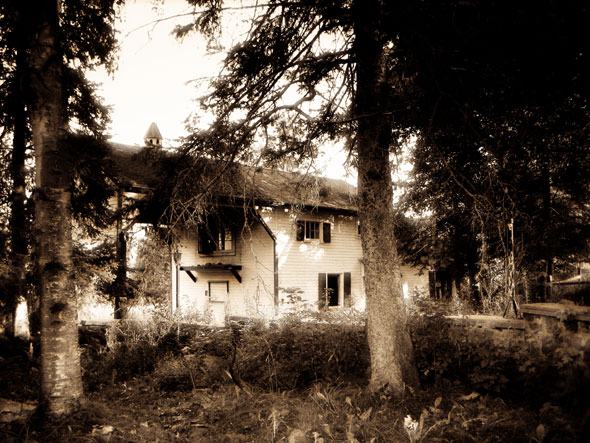 I must admit here that I spent a great deal of my time at this location in the graveyard itself, rather than exploring the buildings. Perhaps it is the familiar odd feeling that creeps up on me in these forgotten places; the oxymoron of a nostalgia for a time and place I have never known. One last look back before driving away finally cemented the truth. These places have lost their people, and in doing so have gained a great silence; like the bodies buried deep beneath the ground, so they stand, holding memories until they themselves are forgotten, and become gravestones themselves.

(To see the rest of the photos from this haunting place, as well as to view high-res. versions of the ones above, please visit my flickr slide-show below.)