I grew up in Etobicoke, not far from Dundas and the 427. One evening last week I got off work early and stopped by to visit the family home. The suburbs of Toronto haven't really changed all that much.

My car also recently started farting, so in need of a new muffer, I figured I'd swing by the Speedy on Dundas (near Kipling station). Having an hour to kill while my car was worked on, I wandered over to the nearby Honeydale Mall. 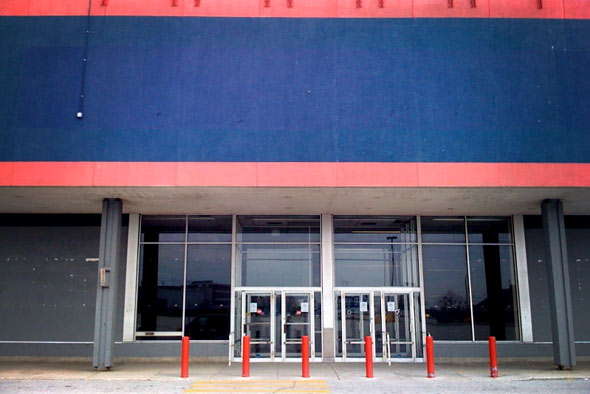 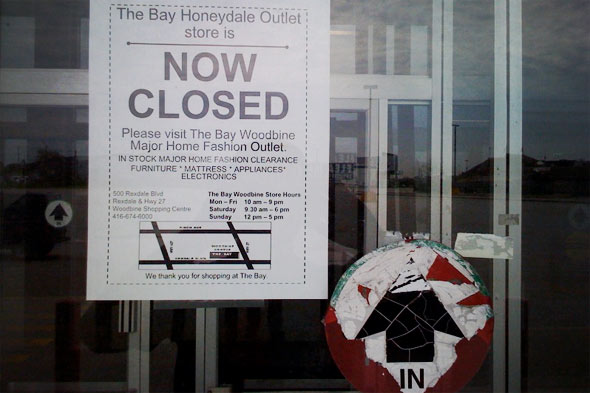 Honeydale Mall was never a popular destination for me growing up, but
having not been by there in quite some time, I hadn't realized just how
bad things have become for the old Etobicoke mall. It's in a really,
really sad state... near death. And after exploring some, and taking
snaps with my cell phone, I later learned that it even has an entry on deadmalls.com.

There was once a Walmart in the largest retail space in the mall, which later became a scratch-n'-dent-type outlet for the Bay - but they've since also jumped ship and sought out greener pastures. 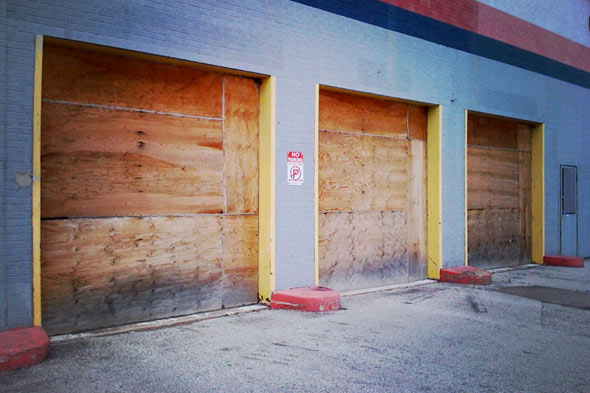 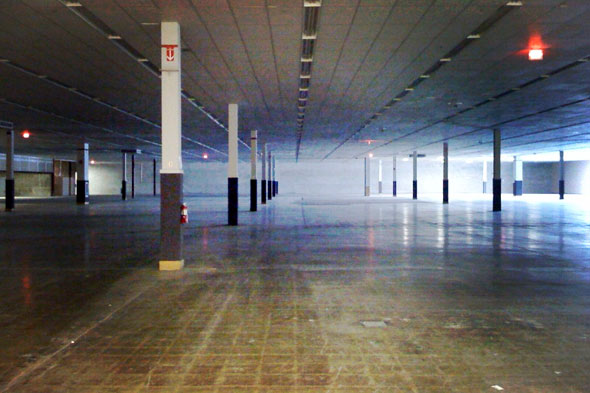 The interior of the mall is like rather ghost town-esque. Small retailers and big business are long gone, leaving empty shops with for-lease signs that no one is likely to ever call. 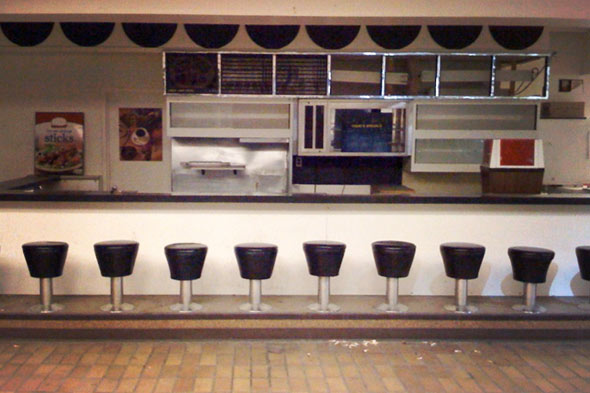 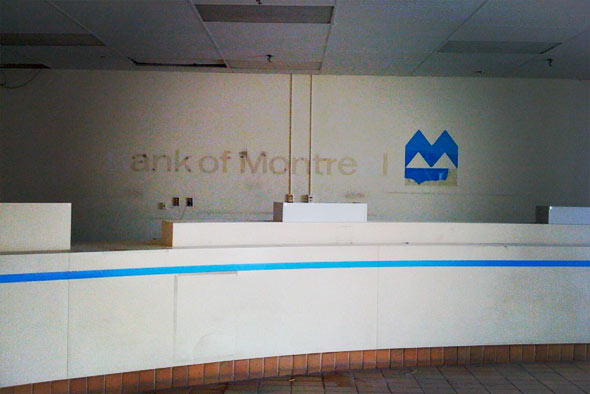 The massive parking lot, which appears to be spacious enough to hold several hundred cars, remains largely vacant on a Friday afternoon. 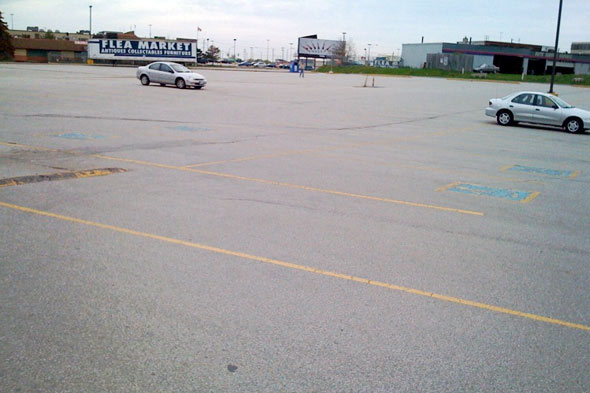 Being there got me thinking - sometimes death and renewal takes a really long time to transpire. This seems to be the
case for a few properties in central Etobicoke. Take for example, the
long abandoned Westwood Theatre just east of Kipling station. It seems
like ages ago that I lined up with my friends to see the premier of
Batman (1989), but it also seems like eons since the place went defunct
(in 1998) - and it still sits deteriorating and under-utilized.

What does the future hold for Honeydale Mall? Surely the remaining retail space (a No Frills on one end, and a really, really terribe flea market at the other end) can't keep the entire mall on life support for much longer.

I'd like to think that some smart and responsible development firm has its sights on the property, with plans to build tall residential units (not townhomes, please!). With urban sprawl bringing Mississauga and Halton Hills and Georgetown and Acton and Rockwood and Guelph together, we'd be far better off with a shift in focus towards densification. A stone's throw from the TTC Kipling subway station, it actually makes sense for this kind of development in this otherwise wasted land. 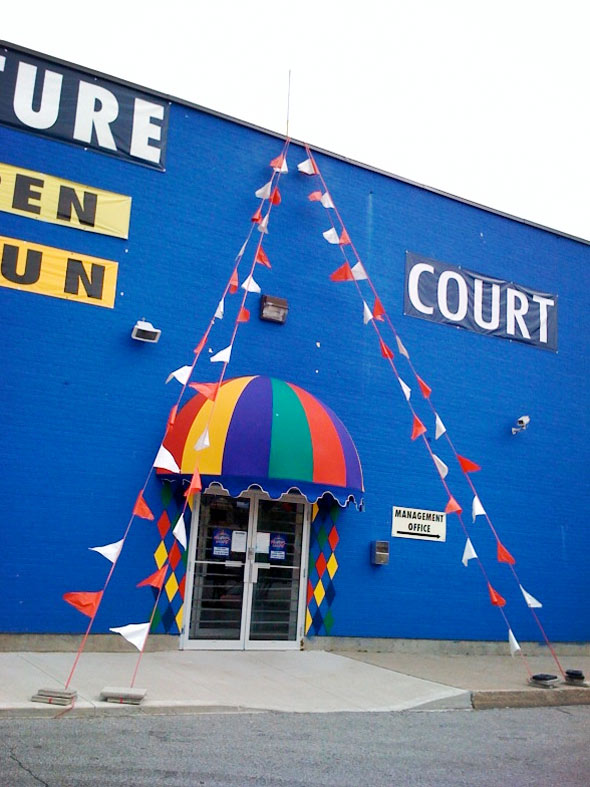