Yonge-Dundas Square was the site for a massive pillow fight Saturday afternoon, attracting about 500 kids, teens and adults, equipped with a variety of pillows and plenty of cameras.

Newmindspace had planned to throw their own pillow fight in Toronto on April 4, a day that's become known as Pillow Fight Day. Upon hearing that Recently Divorced (a clothing line that decided to get in on the fun) already booked and paid a $500 deposit for the permit at Yonge-Dundas Square, Kevin Bracken and Lori Kufner of Newmindspace decided to go ahead with yesterday's event.

"They tried to hijack the event to promote their clothing line," said Bracken. "They hitched themselves to our wagon and got a flat. They cancelled the event on March 2 but didn't tell us until March 11. By that time we already had over 2,500 people on our Facebook event, which was happening in just 10 days."

Regardless of the organizational hiccups, the pillow fight itself went ahead pretty much as planned, attracting kids as young as three years old. 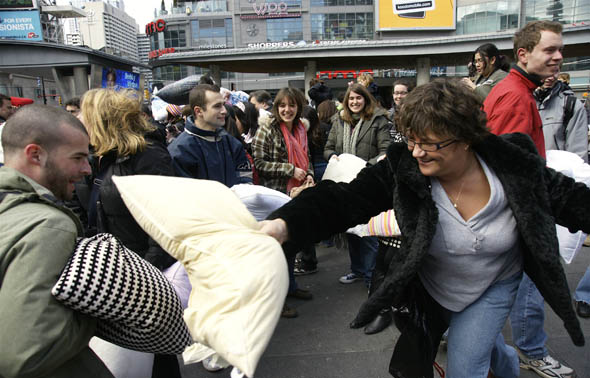 Nebras Abdulhadi brought her two kids, Abdullah, 3, and Mohammed, 6 (pictured below) to Yonge-Dundas Square after hearing about the event from her sister Eiman Esmaeel, who also attended. 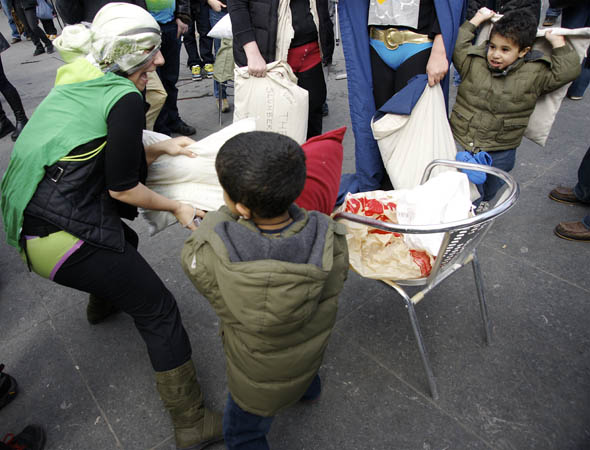 They were having lots of fun, swinging pillows at some of the more comic book-like characters who showed in homemade costumes. 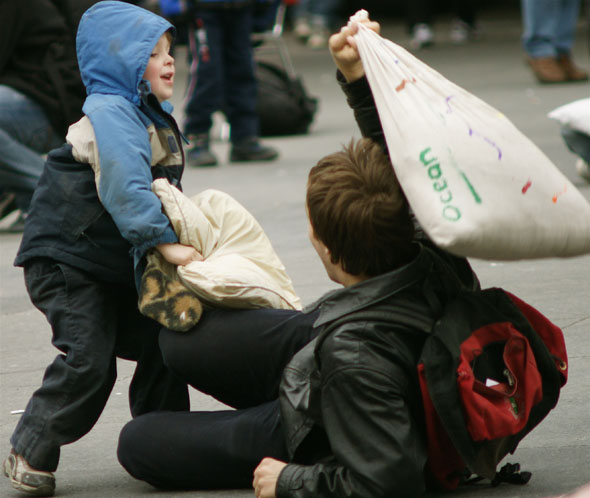 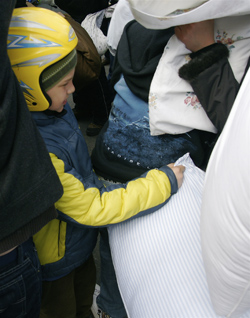 David Racette, 30, who just moved to Toronto from Saskatoon, Sask. brought his five-year-old son Ocean (pictured above) to the city square to join in on the festivities after hearing about the pillow fight through the Facebook event.

Cybele Robinson showed up with her two kids, Camille, 7, and Jasmine, 14.

Someone dressed his kid up with a yellow safety helmet. Good thing. The poor kid ended up in the middle of a melee of pillows before long.

It was good to see families enjoying themselves doing something out of the ordinary in a public place that is usually reserved for corporate events, rallies and the occasional concert.

Saajid Motala showed up in a red, black and white Mexican wrestling mask he got from Courage My Love in Kensington Market.

Combined with his red tie, black dress shirt and flailing trench coat, he was an easy target. And a lot of fun to watch. 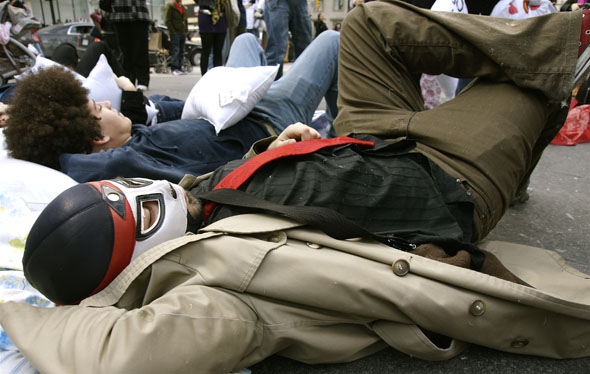 After a series of bouts, Motala and others lay down to take a breather. But that didn't last long before he was cajoled into another pillow fight. 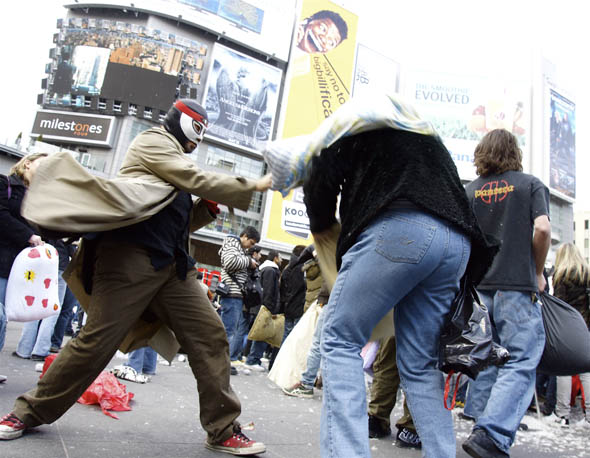 Some tourists and passers-by must have been wondering what all this commotion was all about. It was amusing to observe the reactions and interactions between the pillow fighters and the rest of the crowd by this busy intersection. 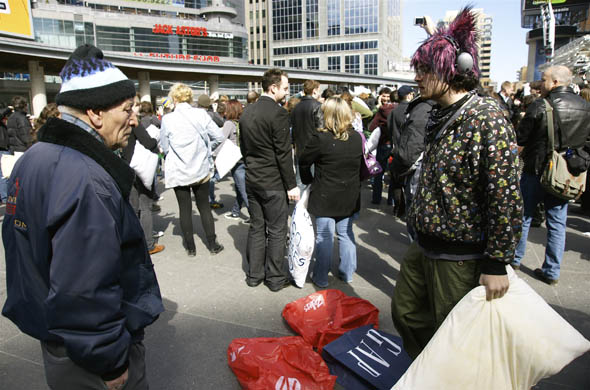 In spite of instructions not to bring feather-filled pillows -- to make for a much easier clean-up -- the square was inevitably littered with feathers after a while. 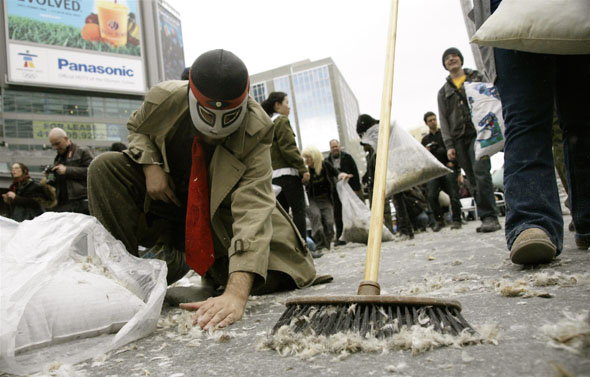 "The clean-up went really well," said Bracken after the event. "Torontonians are very responsible when it comes to leave-no-trace events." 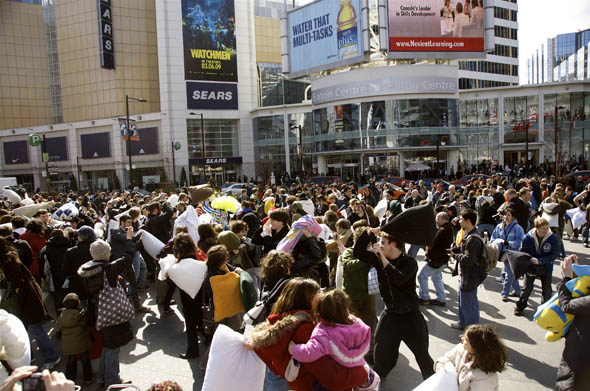 Bracken is undeterred in holding Newmindspace's very own pillow fight on Pillow Fight Day, bringing the fun to his second home in New York City on April 4. The question is, after all the fun we already had on Saturday, what are we going to do in Toronto on Pillow Fight Day in two weeks?

There were lots of other really fun moments, which you can see in the following photo slideshow: