Rising above a quiet row of suburban houses like a sleeping iron giant is the derelict husk of Consumer Glass. We cautiously approached the massive premises, closed since 1997, as if not trying to stir a sleeping beast. I was drawn to the site by sheer serendipity when I encountered several old photographs of one of its sister plants in Milton (then under the title of 'Domglas'). It resembled, in my mind anyhow, the ghostly images of the famous Bethlehem Steel plants in the United States - places that haunt my imagination like no other buildings in North America. 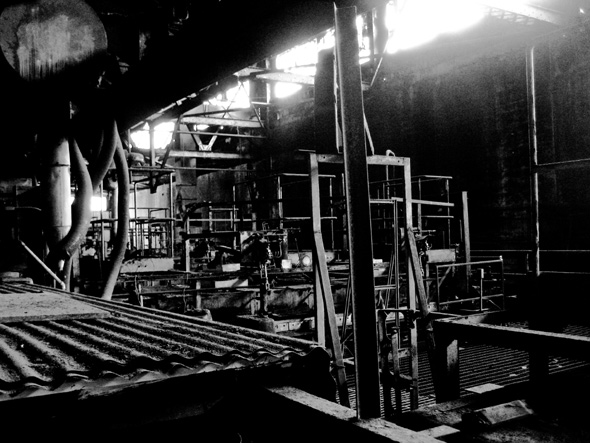 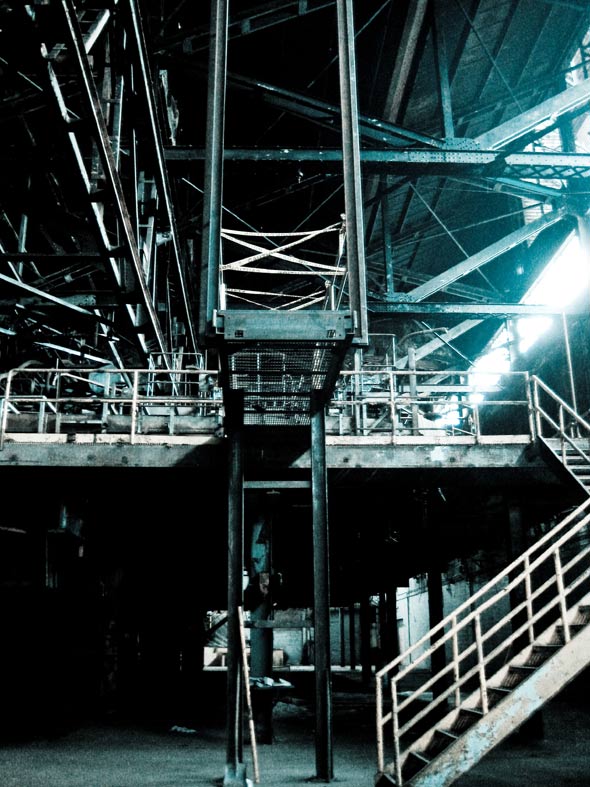 The bizarre scene which greeted us upon a pitch-black entry took my breath away - it seemed like something out of an 80s sci-fi film. 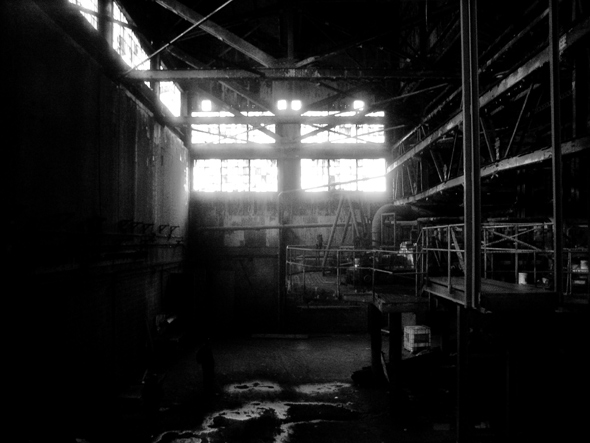 As it turns out, my feelings were not unique; the site was used in various films, from submarine sets, to military bunkers. The fact that various props and bits of scenery were left behind made for a very eerie specter... 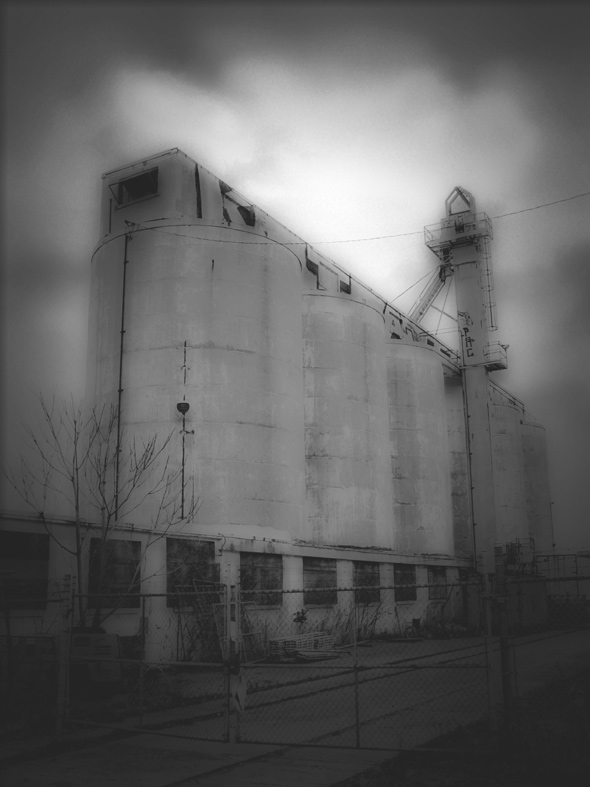 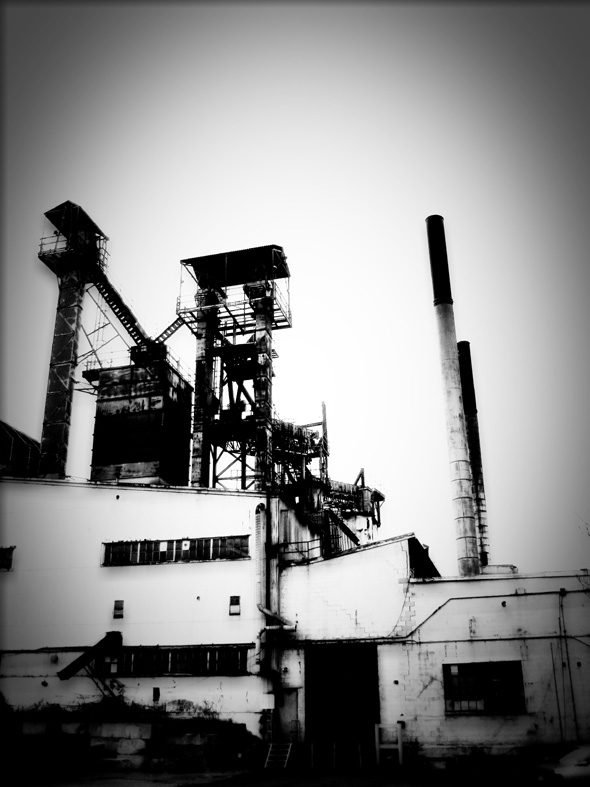 Toward the end of its operation, Consumers Glass (often referred to by the original 1864 company name of 'Glass Works') saw its fair share of problems, from serious worker safety issues, to acts of arson by angry ex-employees... 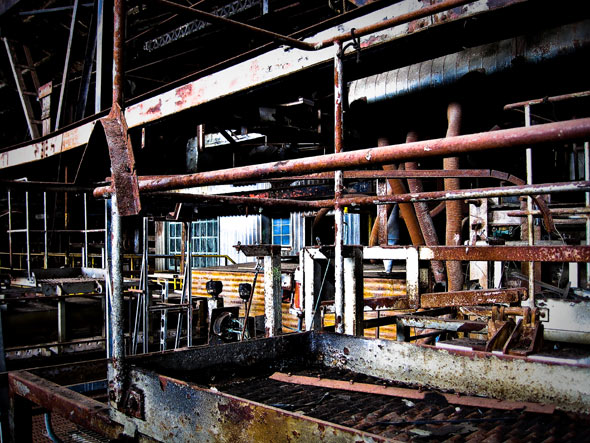 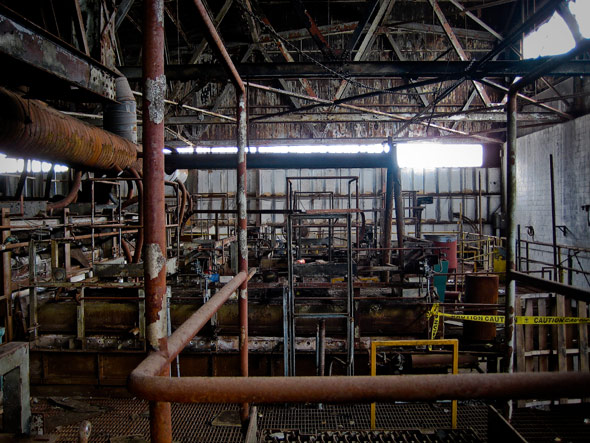 Our journey was unfortunately a truncated one; as we were walking along one of the upper catwalks, we heard loud crashes, followed by a number of voices. We decided that it was best to call it a day, and exited as quietly as we had entered. It is not the potentiality of running into workers or security that bothers me the most in a situation such as this, but rather illegal metal strippers (not the robotic lap-dance kind), as I have heard many a story involving run-ins with their kind that did not end well.

Once off the premises, we noticed a white car following us, and as it was about to drive by, the gentleman driving rolled down his window and asked us what we had been doing. Honesty is the best policy in these cases, so we merely said we were there to snap some shots of the building (we were safely off the premises, so at this point, even if things had gotten ugly, there is not much he could have done). 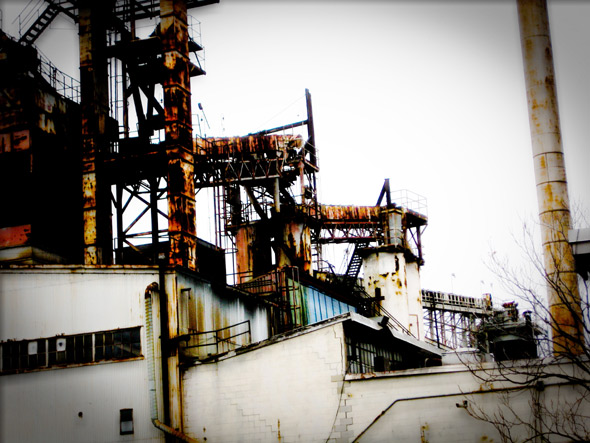 With a very pleasant air, he informed us that he was one of the property managers, and that if we were ever to come back, we should search him out to let us in - he even offered to show us some of the old movie sets, but it was getting late in the day, and we had a long trek home ahead of us.