Rooftopping Toronto: King and Yonge, Down and Out

There is nothing quite as mesmerizing as gazing down at the vibrant night city from quiet heights in the center of Toronto's business district. The vantage point from King and Yonge astounds me; not because of its frenzy, but because of its silent lull. 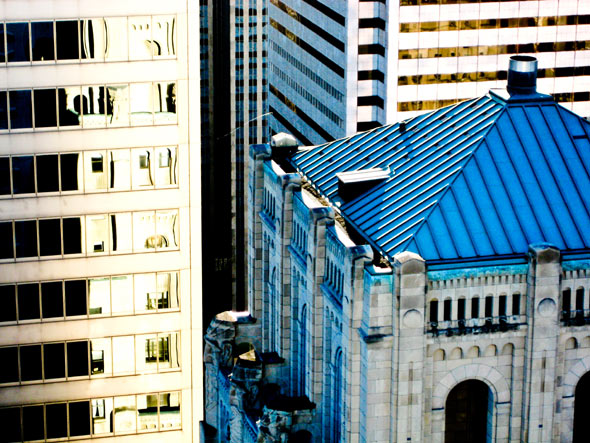 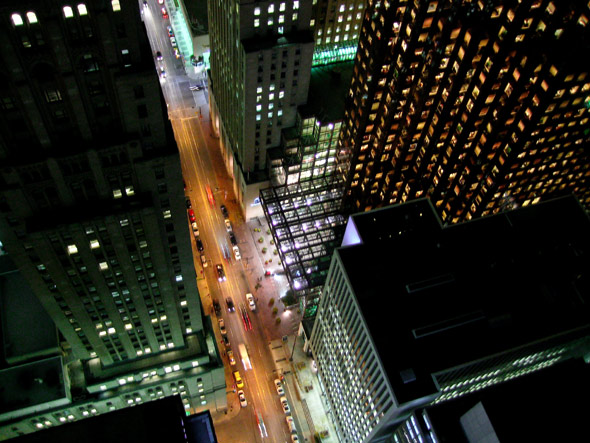 We are a generation that has grown up familiar with 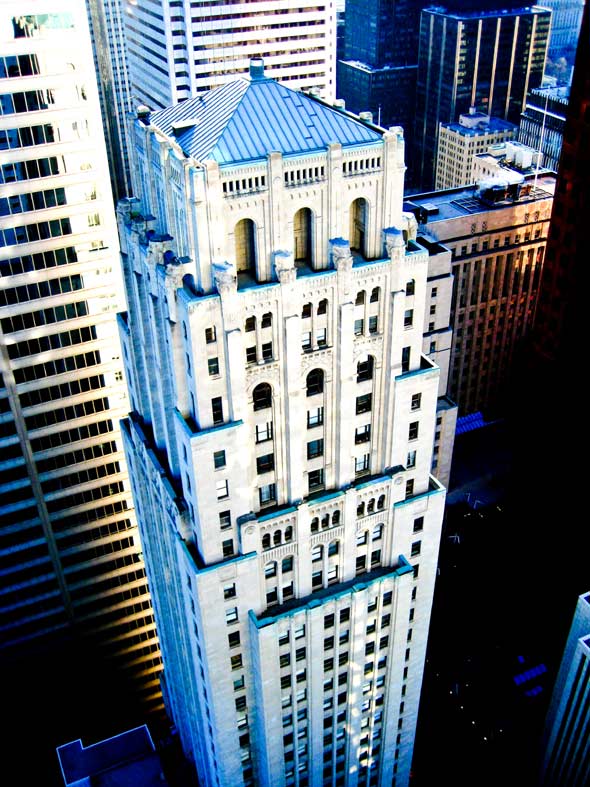 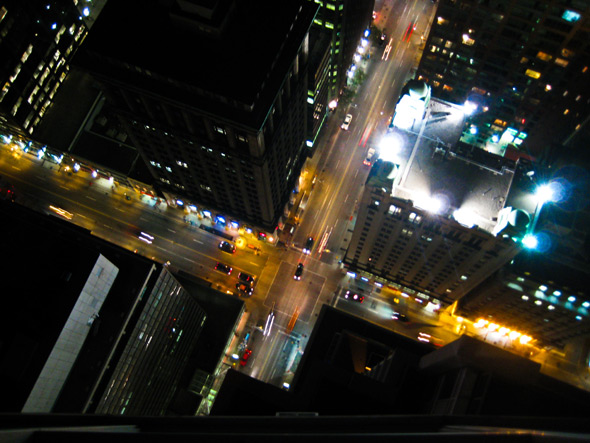 style images of vast cityscapes, but nothing is quite as moving as witnessing it first hand.

It was an artistic movement in the early 1980s which brought this kind of imagery to the forefront, confronting urbanites with visuals which made them see their built environment as they had never seen it before (Think: 'Koyaanisqatsi').

I have been able to gain access to this vantage point at several times of day, but the most stunning is still night-time; the vast eastward shadows cast during daylight by the bank towers is quite powerful, but the vanishing point perspective truncated by smog is no match for the endless sea of lights stretching up Yonge St., and westward along King St.
In the same manner that street portraiture decontextualizes the individual and gives one a personal (if somewhat unnatural) perspective, a far removed vision of the city has the ability to make the background the foreground, creating an event out of the ordinary. 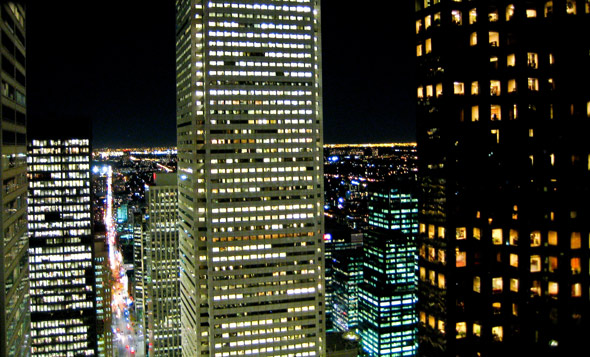 Below is the complete set of snaps from this spectacular vantage point: