A Bobcat snowplow struck a natural gas valve around 3:30 a.m. this morning, prompting police and fire crew to close down a stretch of Queen St. W. between Brock and Landsdowne.

Over 50 passengers on the Queen streetcar had to get off prematurely and divert their travels home late Saturday night as a result of the gas leak.

Many other locals had to take detours to get home in the Parkdale neighbourhood as fire crew and police cordoned off the area of the leak near a TTC shelter across the street from the Dollarama near Queen St. W. and Ohara. A similar incident happened just last week in the Queen and Greenwood area. 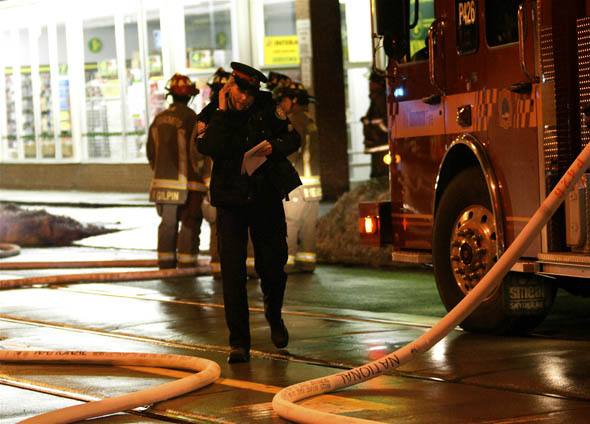 Coming home from a night out near Queen and Bathurst, I decided to walk home in the milder weather. By Dufferin I caught up to the streetcar that passed me. 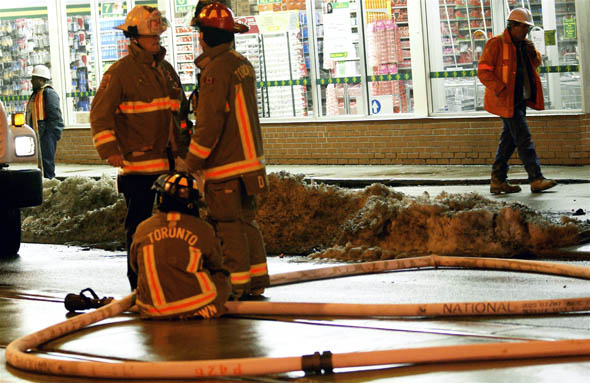 A few blocks east of Landsdowne I met with a police officer who told me it wasn't safe to walk the extra couple of blocks home. Smelling the gas, which reminded me of grade 11 chemistry class, I decided to make a detour north a few blocks, headed west and then south back to Landsdowne. 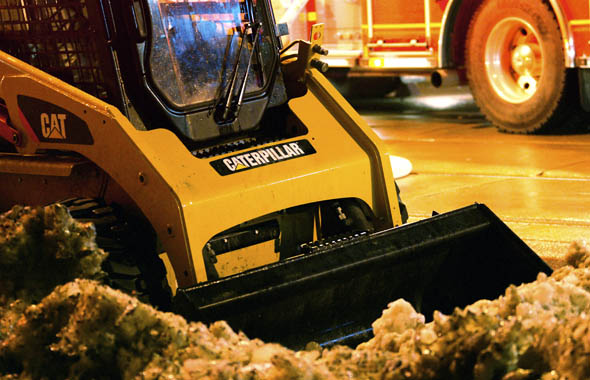 By the time I arrived back on the scene (with camera) there were several police cars, about four fire engines and a truck from Enbridge, with workers attempting to locate the source of the underground gas main that led to the burst pipe. 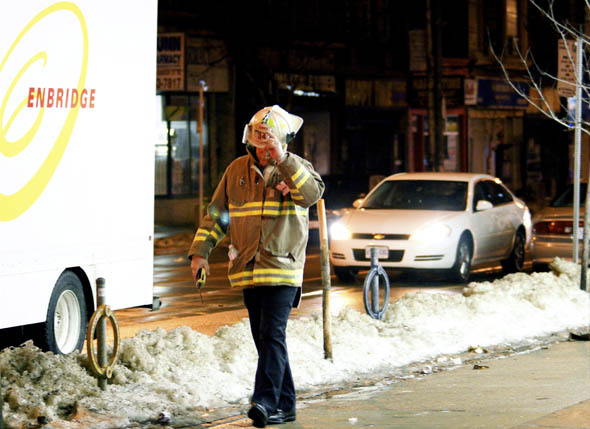 An embarrassed city worker who was driving the Bobcat snowplow paced about as the workers attempted to contain the leak. 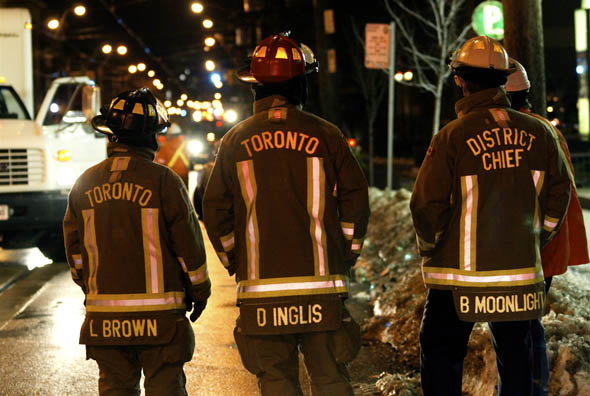 Among the emergency response crew on the scene was the Hazardous Materials Team, just in case. 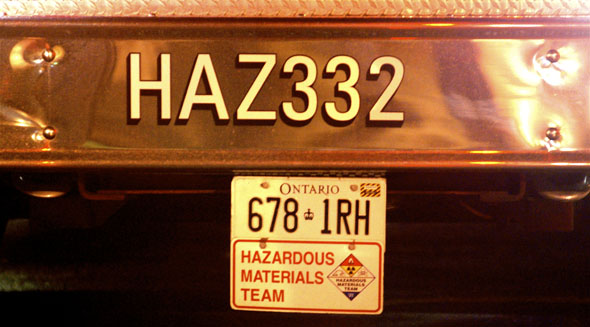 Good thing this happened when it did. A couple of hours earlier and it would've interrupted Saturday night revellers along the busy Queen St. W. strip.

As of 7 a.m. streetcars are starting to slowly make their way though as the situation appears to be under control, but a couple of police cars are still present.