Over 800 people packed The Bloor Cinema last night to witness a piece of history as the U.S. election results poured in.

NOW Magazine organized this America Votes party, which had a licensed bar and free entry (Bloor Cinema memberships needed, which were just $3).

Toronto is overwhelmingly supportive of democrat Barack Obama, so it wasn't much of a surprise that the place was at capacity by 8:30 p.m. 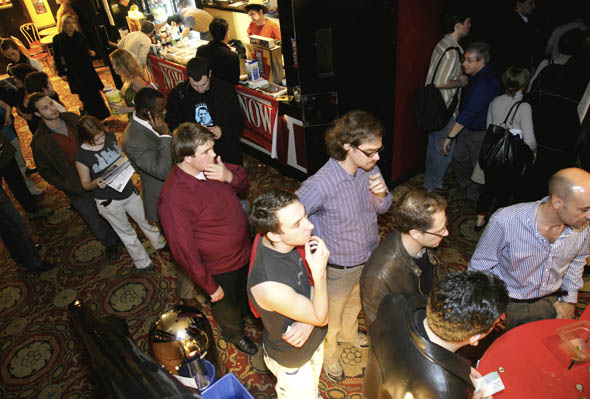 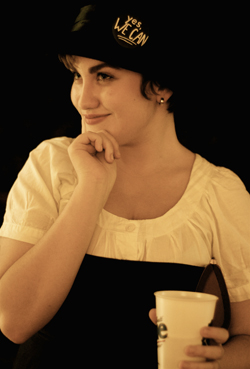 I almost didn't get in as the venue was at capacity when I arrived. But they let me in anyway with standing room only.

Suits me fine, so long as I could see the screen.

I didn't want to have to brave the cold at Yonge-Dundas Square, where Spacing magazine was holding their own Obama victory party.

Once inside, I noticed the lineup for the concession stand went up the stairs.

A longer lineup for alcohol went all the way up the other staircase to the mezzanine.

People were lining up close to an hour for a few beers, provided by Pauper's Pub across the street.

"We ended up going through 20 cases of beer," said one of the servers. "This is four times the amount we expected to go through."

The coverage itself wavered between CNN, and The Daily Show/The Colbert Report's 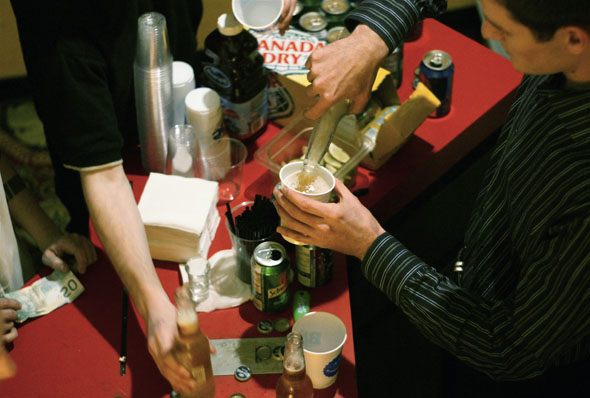 INdecision 2008.The latter coverage was perhaps a little lighter and easier to follow, the banter quickly became inane, which prompted shouts from the crowd of "C-N-N! C-N-N!" followed by a smaller chant of "C-B-C! C-B-C!" 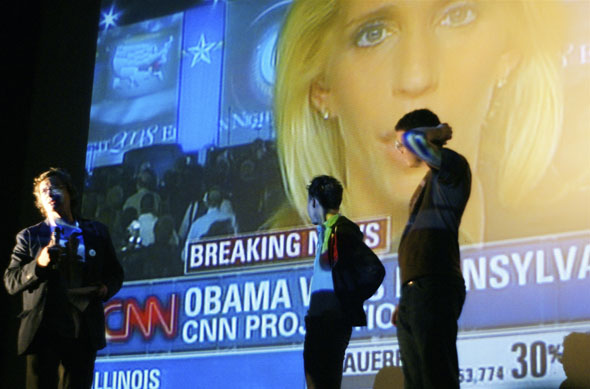 In between coverage, I caught them switching the feed to the CBC once, which gave some helpful Canadian context to the coverage, courtesy of Peter Mansbridge. 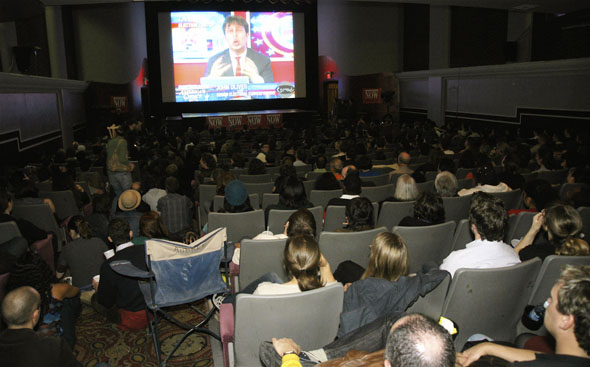 I wish they switched back more to the CBC election coverage at times, as the U.S. network was often a mess of so-called pundits chiming in with boring or irrelevant banter. 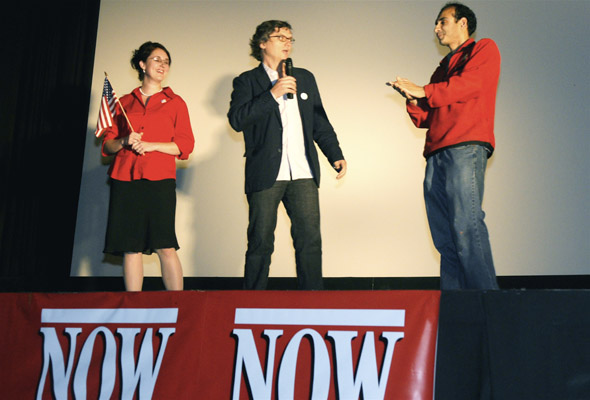 They also screened some vintage TV ads from the '50s and a trailer for Repo! The Genetic Opera when they weren't giving away prizes to trivia contestants and Sarah Palin lookalikes in attendance (there was really only one). 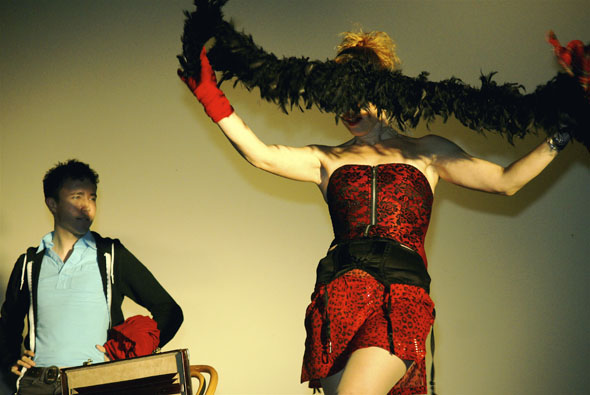 The commentary by NOW editors was almost nonexistent once the coverage got going. A cabaret-style striptease provided some comic relief at one point, however it didn't seem to fit in with the rest of the night's festivities. 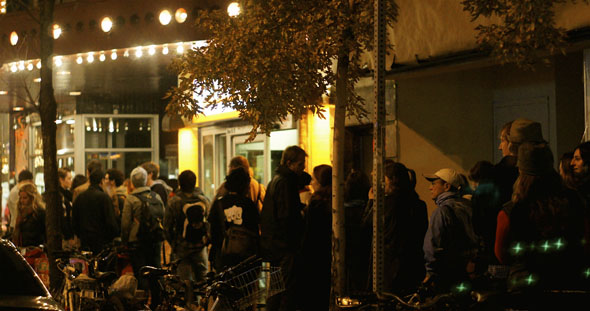 After a while it got a bit hot and stuffy in the theatre, so I took a stroll down Bloor St. for some fresh air. At 9:15 p.m. there was still a lineup that snaked down Bloor Street and around the corner. 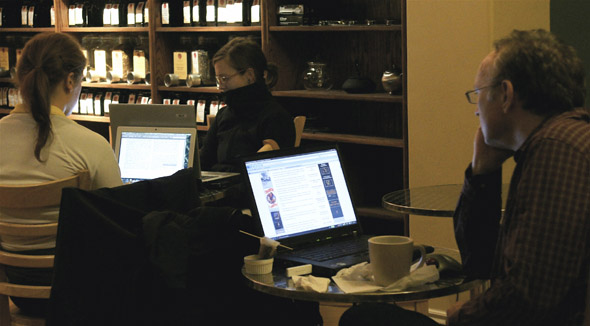 A little further down, at least three people following online coverage of the election on their laptops at All Things Tea. And Chippy's had an amusing sandwich board outside their shop. 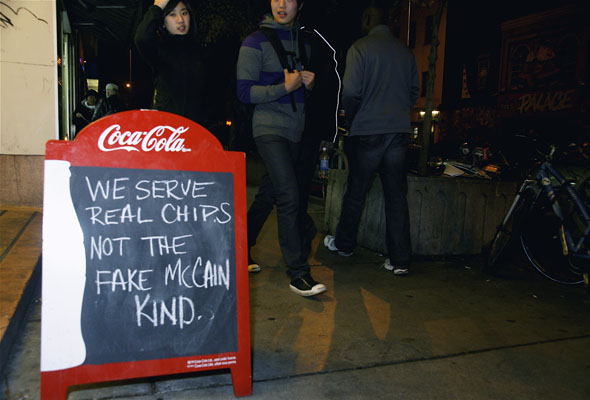 Back inside, the election race was heating up and all eyes were glued to the screen. 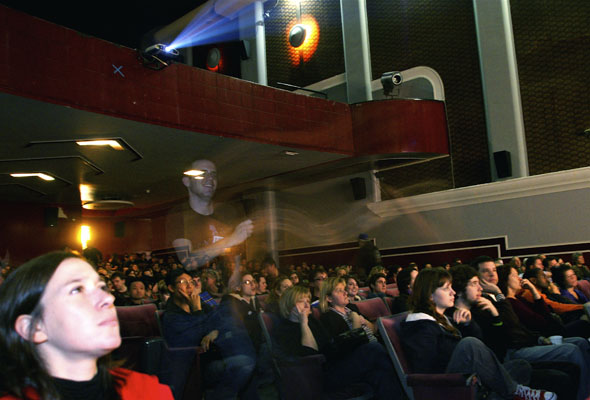 When the news came that Obama had won, we were still stuck watching The Comedy Network. 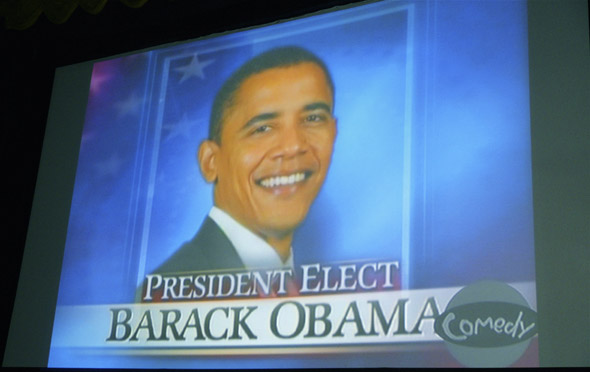 All the same, the capacity crowd roared in appreciation and jubilation. I even saw some people shed a few tears in the excitement. 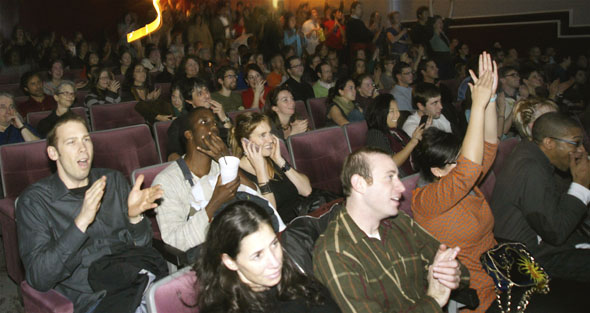 While the official party ended then, most stuck around another hour or two to take in Senator John McCain's concession speech and Obama's victory speech. 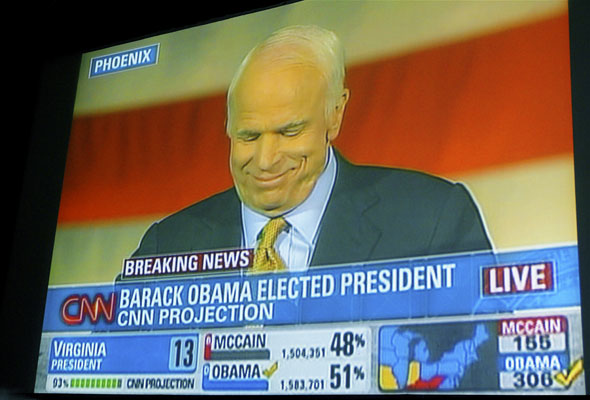 Overall, I think this was a positive experience, sharing a moment of history with a bunch of fellow Torontonians.

How was your U.S. election night experience? Did you venture out to a bar to take in the results with a gathering of strangers or did you follow along at home online or on TV?