This afternoon I stumbled upon the above scene at Dundas and Pape. As the Toronto Star has reported, cops cordoned off alleys and streets surrounding a home on Pape Avenue where they had hoped to find the suspect alleged to have shot and killed Bailey Zaveda at the Duke of York Tavern over the weekend.

Alas, no such luck. While TV crew and photographers from CityTV, the CBC, CTV and more camped out here for a couple of hours, they all went home disappointed. The suspect remains at large. More photos: 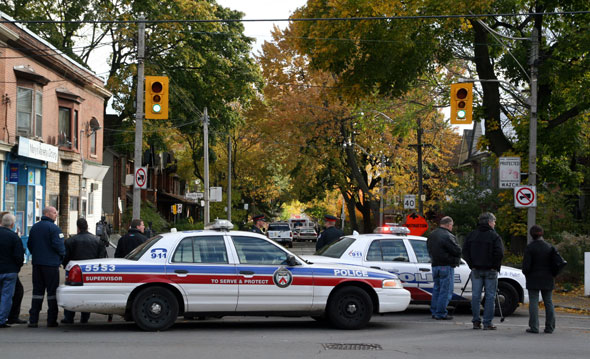 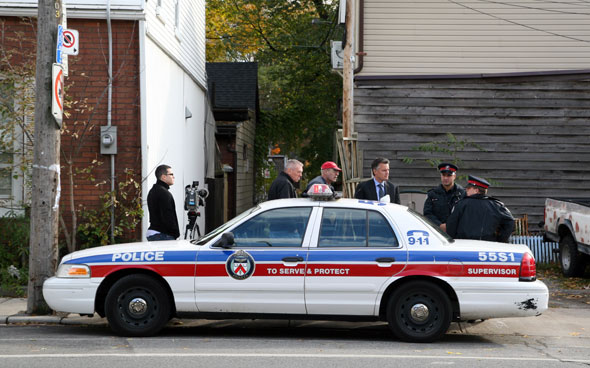 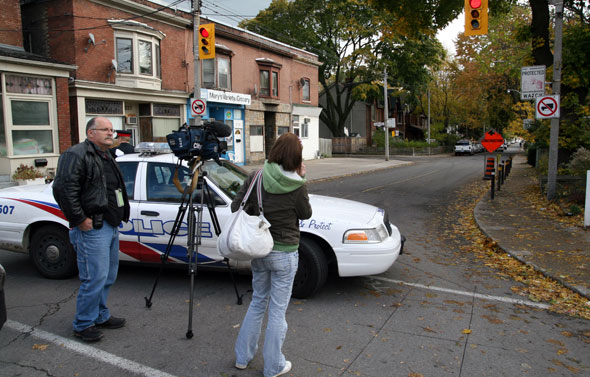