Ossington between Argyle and Humbert is roped off by police tape this morning following a four car gun battle. According to police I spoke to, witnesses reported seeing two Chevy Impalas and a BMW chasing a Honda along Argyle, down Ossington and onto Queen, leaving a spray of bullet casings along the way.

None of the cars or suspects have been located and nobody with bullet wounds has yet reported to a local hospital.

It's been a while since the neighbourhood has seen something like this. Gun shots were more common years ago when police were frequently investigating dust-ups at the local karaoke lounges. Most of them have closed and been replaced by new bars and restaurants.

But now that Ossington has turned into a vibrant late night destination, I wonder whether Ossington's problems have really gone away? 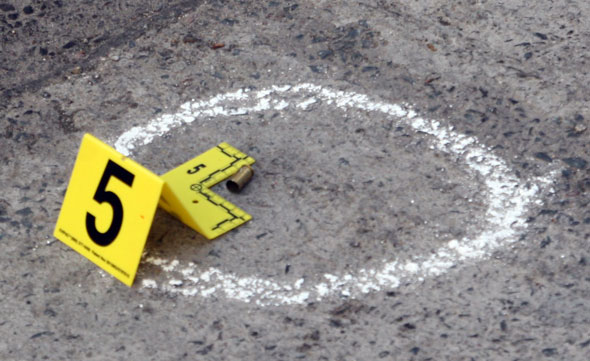 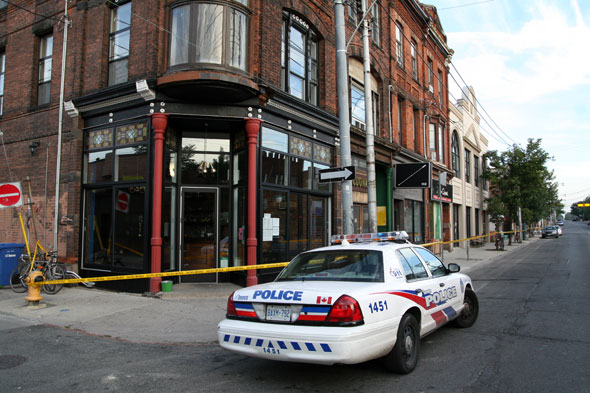 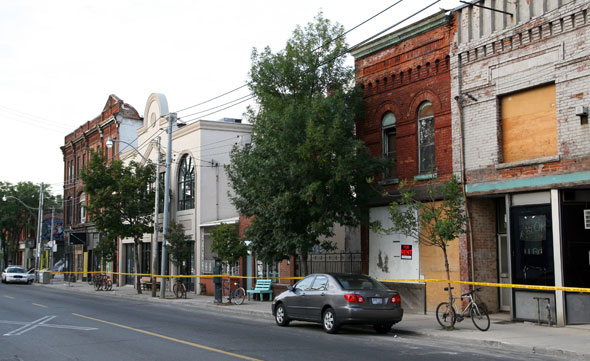