Hello Sailor was the theme and the naughty nautical didn't disappoint at the annual Rethink Romp breast cancer fundraiser last Thursday at the Sunnyside Pavillion on the lakeshore.

By the end of the night the ladies from Les Coquettes nouveau burlesque were flirting with the strapping sailors after their titillating show.

"This has evolved into a much larger event now in its seventh year," said MJ DeCoteau, executive director of Rethink Breast Cancer (pictured in the photo below). "But we still keep it small enough to have a personal touch with our sponsors and a connection with our attendees."

Rethink Breast Cancer is is a charity with a focus on innovative breast cancer education, research and support programs for young people. The event is expected to raise about $60,000 this year. If you missed the fundraiser but would still like to support their cause, Rethink has teamed up with Auction Cause to provide a number of items to bid on at their online auction, which runs until June 29.

Auction details and more naughty photos in a mini slideshow after the jump....

Some of the auction items up for grabs include:

The party itself was fun and offered eye candy for both the guys and gals. 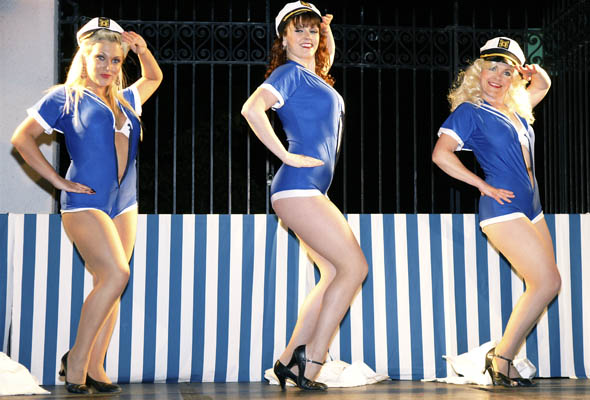 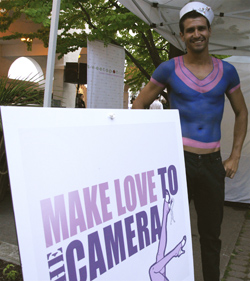 A ripped sailor wearing painted-on top lured women to pose with him, while the Schick shipwrecked sailors enticed ladies to fish out a message in a bottle for a chance to win a cruise around the harbour.

A pampering station was set up were "navy issue deep tissue" massages offered, courtesy of Balance and hair and makeup by Donato.

Tasty munchies were provided by several restaurants including Alice Fazooli's, while scrumptious desserts were served up by Petit Four Bakery.

Before the night was through, a trio of pirates were on hand to get their booty. And a few real sailors dropped by for the party. Among them Lieutenant Navy deck officer Sarah Stainton, who was amused to be photographed among the pink faux navy crew.

More photos in a mini slideshow below: