Your Guide to Doors Open Toronto 2008

Get on your walking shoes! The city is throwing its annual Doors Open Toronto festival this weekend, May 24-25. Doors Open is a chance for you to explore and discover some of the very unique buildings and sites around the city - many of which are typically inaccessible to the general public.

There are more locations than ever participating this year, and with the city's fairly unwieldy listings database, I thought I'd make your life a little easier this weekend by making a shortlist of places to see this weekend at Doors Open Toronto.

This weekend's festivities will kick off with a launch by Mayor David Miller, ROM CEO William Thorsell and other VIPs Friday at the ROM from 4:30-9:30pm (with speakers taking the stage at 6). The ROM will be free during the evening. Pecha Kucha Toronto will then take the stage, offering a series of fast-paced presentations themed around "Sacred Cities, Sacred Spaces."

A big focus this year is on places of worship, but there's plenty to see all over the city. The Star has put together a pretty nice map with all the listings included. 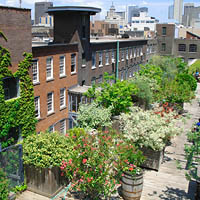 401 Richmond
Though it's not necessary to make this a 'must-see' since it's always open to the public, I usually never miss an opportunity to visit the beautiful converted industrial building and green roof at 401 Richmond. 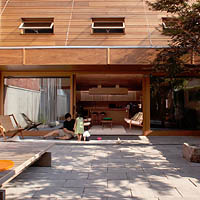 Chef School - George Brown College
Architect Peter Ng will be in attendance to talk to visitors about the new Chef School at George Brown College. Renovations are still ongoing, but in true St. Lawrence Market neighbourhood style, they've kept the charm of the old architecture while bringing a good dash of modern flare.

Courtyard House
It's rare enough as it is to get a glimpse at private homes during Doors Open, let alone one with such a unique and innovative design like the Courtyard House. Formerly a contractor warehouse, it has since been converted into a home with some really unique features.

Four Seasons Centre for the Performing Arts
The relatively new Four Seasons Centre is quite breathtaking to see inside, and the mere fact that they're allowing photography during tours is reason alone to visit. Diamond and Schmitt Architects, who designed the building, will be on hand to talk about the construction of the building and answer questions.

Toronto-Dominion Centre
A shining example of the modern movement in architecture, the TD Centre will be open for you to get up to the 54th floor and check out some spectacular views of the city from the boardroom. (If you're feeling indulgent, do yourself a favour and grab lunch at Canoe before you head back down) 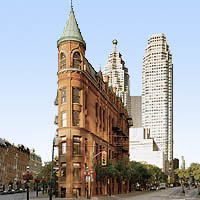 Gooderhan Flatiron Building
The Flatiron building is one of those places most people admire on the outside and pass by pretty frequently, but few have actually stepped inside. Protected by the Ontario Heritage Act, this should be an interesting one to check out.

TTC Lower Bay Subway Station
This is always one of the most popular destinations at Doors Open, and will likely be no different this year, so expect lines early on in the day. Lower Bay hasn't been in operation since the 60's, but has been a popular (and dangerous) destination for urban explorers ever since.

St. Lawrence Hall
Once the central point of public gatherings in Toronto, the popularity of the Hall has since waned but it has since been renovated in the 1967 and has a real old-world feel inside. Great for photos! 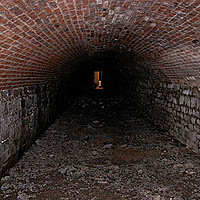 Malt Kilns Building and Tunnel
As tourist-y as it might sound, the Distillery District is one of my favourite parts of the city. There's something really charming about it, and the Malt Kilns Building is a great example of that. You'll be able to check out the kiln cellar, barrel-vaulted corridor and kiln furnace. Watch that you don't run into the throngs of photographers here.

Rack House D
Another one open exclusively for Doors Open, the Rack House is capable of storing up to 15,000 barrels encircled by perimeter walkways and contains an old freight elevator. Sounds like a pretty creepy environment. 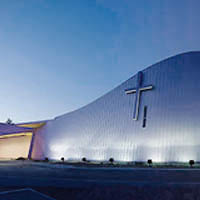 There's always this interesting dichotomy when places of worship adopt high-tech solutions and modern design. The Scarborough Chinese Baptist Church has employed several green solutions to be mindful of the environment including a bio swale parking lot, as well a designed building envelope and heat recovery system.

BAPS Shri Swaminarayan Mandir
Built without any structural steel, it took 6,000 tons of handcrafted marble to put this building together. And get a load of this: "Hundreds of royal elephants, peacocks and lotus flowers will welcome visitors in the foyer, constructed of intricately hand-carved Burmese teak in the traditional Haveli style of architecture, which was popular in 17th-century India"

Doors Open Toronto runs this weekend, Saturday May 24 and Sunday May 25. We want to see your photos from the weekend! Drop off your best in the blogTO Flickr Pool.