We've been posting teasers since last month, and last year's inaugural version was an unheralded success, so it's no surprise that we're all quite excited about the return of Transit Camp.

For those of you who may have missed the buzz last year, Transit Camp is an unconference created here in Toronto to brainstorm solutions for a better TTC. The Transit Camp initiative has since spread to other cities (like San Francisco and Vancouver) and is returning to Toronto this year in an even bigger and more ambitious format: Metronauts.

The new Metronauts initiative â powered by the Transit Camp community with the sponsorship and active participation of Metrolinx (Greater Toronto Transportation Authority) â aims to engage citizens to imagine the future and offer solutions for the region's transportation plan.

Unlike last year, where Transit Camp was a one-day event, this year, the Metronauts project will consist of two parts: an online community at http://metronauts.ca and a series of community events held across the Greater Toronto and Hamilton region between April and September 2008. 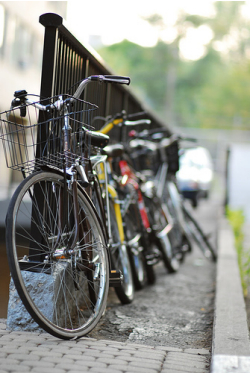 The first of the Metronauts Transit Camp unconferences will take place on April 5, 2008 at the MaRS Centre downtown, and aims to attract an even more diverse crowd than last year's event. As this year's project is addressing transportation issues across the GTA and not just the TTC, the event aims to attract transit riders, as well as drivers, pedestrians, cyclists, and anyone else concerned with how they get around the city.

The Metronauts website, which goes live in a few hours, will provide event participants and interested citizens another avenue for discussion about transportation in the region, and will also facilitate individual and group projects for those looking to get involved directly.

Registration for the first Metronauts Transit Camp at the MaRS Centre goes live in a few hours at the Metronauts website, and space is limited.

One suggestion: if you know of family members and friends living around the GTA (and not just in the core) that use a variety of different kinds of ways to get around (drive, GO Train, car pool, etc.) be sure to let them know about the event as well. The more diversity in the voices at the event, the more successful Metronauts Transit Camp will be.

And be sure to register on the Metronauts website as well. I'll be there, talking transportation, and would love the company.