New Year's Day started with heavy flurries and temperatures below freezing, but that didn't stop approximately 50 people from removing their heavy coats and showing lots of skin. Participants were pumped to take the plunge into cold Lake Ontario to raise funds and awareness for a great cause. 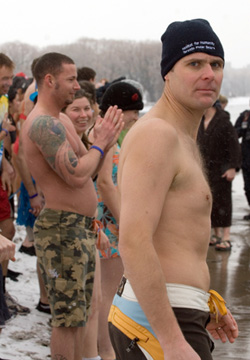 Sunnyside Park hosted the third annual dip for theToronto Polar Bear Club. The group started three years ago as a spinoff from the larger Oakville group.

All participants were given a free blanket and paramedics were on the scene and ready to help anyone should the need have arisen.

All funds raised go to support the Habitat for Humanity Toronto organization. Last year's efforts raised 12,000 dollars and the group hopes to one day raise enough money to build an entire house.

While many of us were recovering from a late night out ringing in the beginning of 2008, the Polar Bear dippers annual swim serves as an important reminder that poverty is a growing problem in Toronto. Recently, the Toronto Star has named our city "Canada's poverty capital" with an estimated thirty percent of families in the GTA living below the poverty line. This fundraising helps buy a few more bricks towards helping one family.

For some brave souls, a Polar Bear Dip is one of the surest remedies for post New Year's Eve "drowsies" and a fun way to contribute to local organizations in need.

Online donations can be submitted directly on the websites. 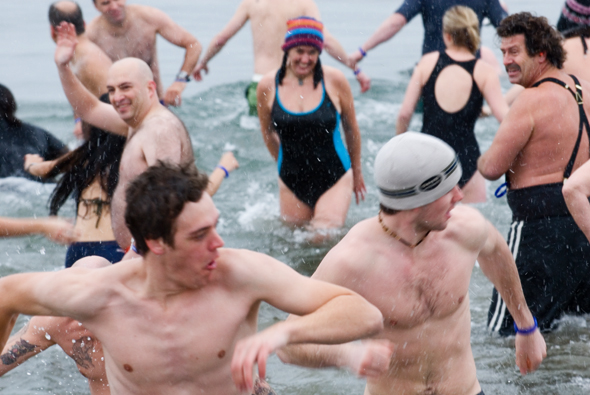 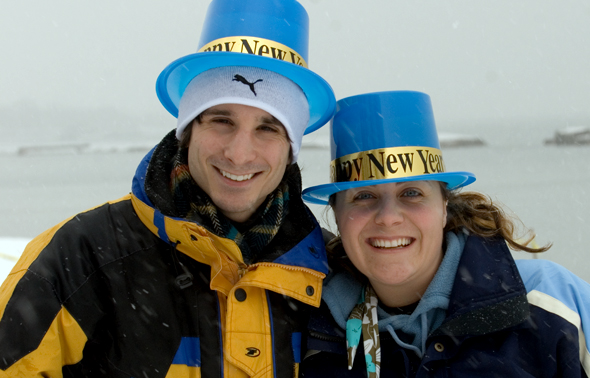