On This Spot: King and Simcoe

King Street West is a street of variety. It is home to bank office towers, Canada's Walk of Fame, Metro Hall and the busiest streetcar line in Toronto, along with numerous restaurants, clubs and theatres.

Roy Thomson Hall, originally known as New Massey Hall, was completed in 1982. To the west of the building stands Metro Hall. The somewhat controversial structure was completed ten years after Roy Thomson Hall, in 1992. However, it was not the first time that this area was home to government. From the late 1700s until its destruction by fire in 1862, Government House stood at what is now the corner of King and Simcoe. The building was the official residence of the Lieutenant Governor of Ontario. In 1870 a new Government House was built on the same spot. 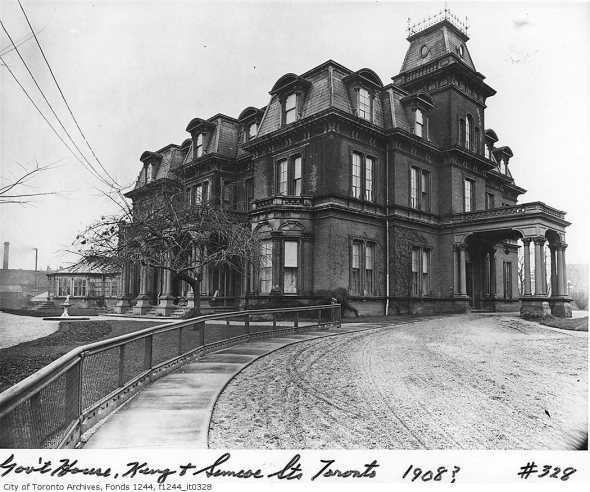 That structure stood until 1912 when the land was sold to the Canadian Pacific Railway, which demolished it to make way for a building of its own.

While a great deal has changed about this area, one building that has remained for over 100 years is the Royal Alexandra Theatre. It was completed in 1907 and since that time it has only been closed for one year. 86 years after the completion of the Royal Alex, Ed Mirvish opened the Princess of Wales Theatre just to the west. 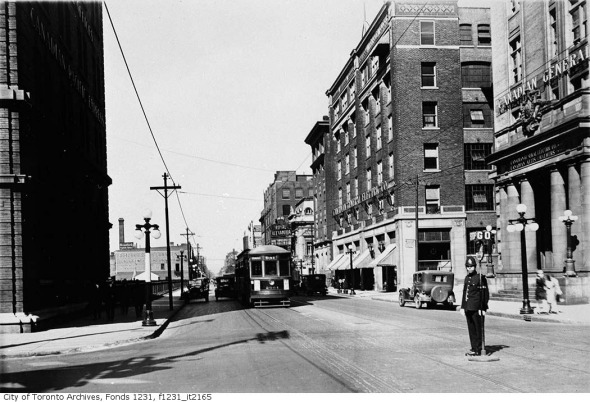 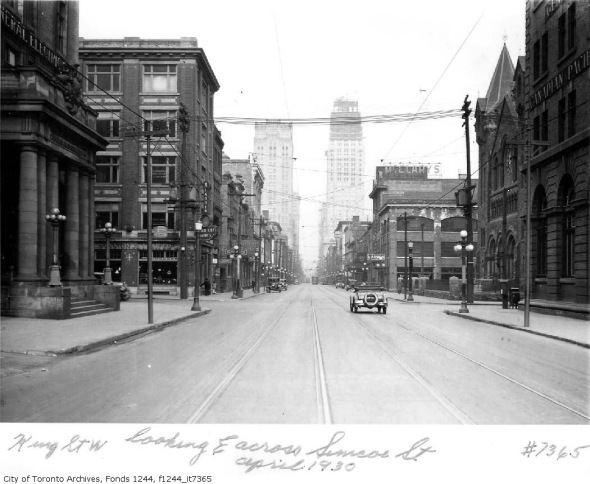 Historic images from The Toronto Archives