On This Spot: Bay and College

The intersection of Bay Street and College Street has changed significantly throughout Toronto's history. Currently there are several condo developments in the immediate area that will drastically alter the area once again. 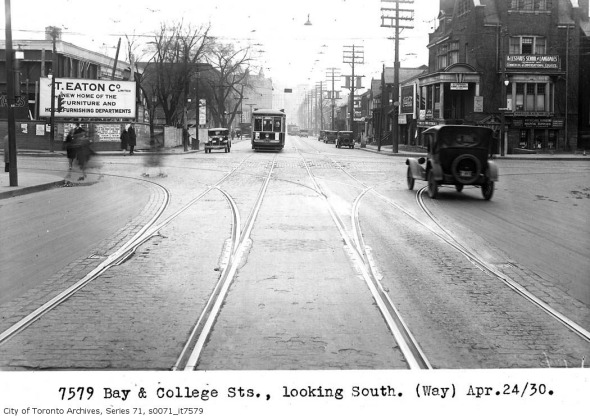 At southeast the corner of College and Bay was the furniture and home furnishing department of the now defunct Eaton's department store. Eaton's began building along College from Bay to Yonge in the late 1920s. When Eaton's moved its stores into the newly-created Eaton Centre in 1977, the College Street building was sold. It became College Park, as it is known today.

The new College Park Residences are now being completed on the southeast corner.

Outside of the restored and renovated College Park, very little from the past still stands at this intersection. The streetcar tracks and overhead wires still remain, though the 6 Bay bus replaced streetcars with the opening of the Yonge Street subway. 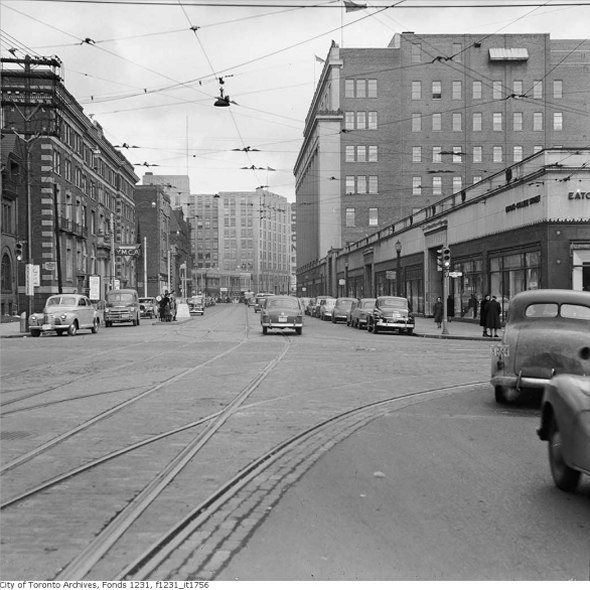 Historical images from The Toronto Archives.