Federal finance minister Jim Flaherty, wielding a bloody axe, announced a 1% cut in the GST (it'll be just 5% in the New Year). Is this the final stake in the One Cent Now campaign's coffin?

Developers, the city, and resident community activists of West Queen West have reached a few deals that will bring new rental units, new affordable housing for artists, and the conversion of a haunted church into a theatre space.

The Dalai Lama is in the house, yo. He'll be speaking this afternoon at the conglermatedmediamonopolycenter (aka SkyDome), and I'm sure he'll say a thing or two that'll have former Chinese leaders rolling in their graves.

A Toronto defence lawyer who acted as a good Samaritan ended up getting part of one of his fingers bitten off by an unruly drunk vampire clubber in King West.

Looking for work? Queen West hot spot The Social is looking for a washroom attendant and is having a hard time filling the not-so-attractive position. Most that learn the nature of the work immediately respond "over my dead body!"

Four weeks in the making, tonight is the big charity fright night for one Mississauga neighbourhood. 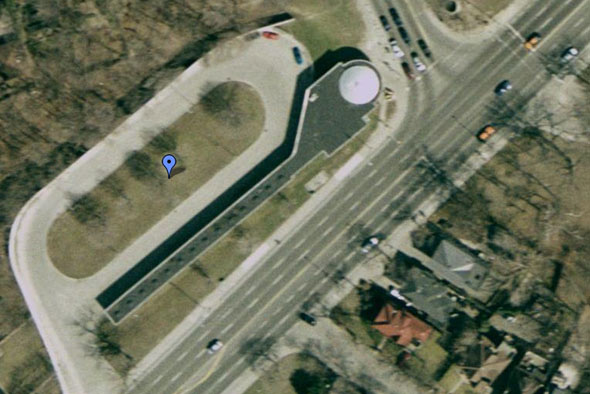