Crossroads Puzzles are back this week! Play the game after the jump.

Police are looking for the tenants of a west end apartment where a man was shot and killed yesterday. Apparently they're not suspects, but the fact that they upped and disappeared has police concerned about their safety.

There's a critical flaw in the new Police-run online bike registry system which aims to curb theft. Anyone (including thieves) can register bikes as their own since no proof of purchase is required upon registry.

Dressing up the pet dog for Halloween may be fun (Darth Vader and Yoda are particularly popular costumes), but the Toronto Humane Society warns us to be cautious - dogs may try to eat their plastic disguise.

The USA have claimed all of Niagara Falls as their own! Views of the Canadian falls only possible from the Canadian side have been included in tourism videos commissioned by The State Department and Homeland Security Department's Customs and Border Protection agency. Maybe we should stop selling them weapons? 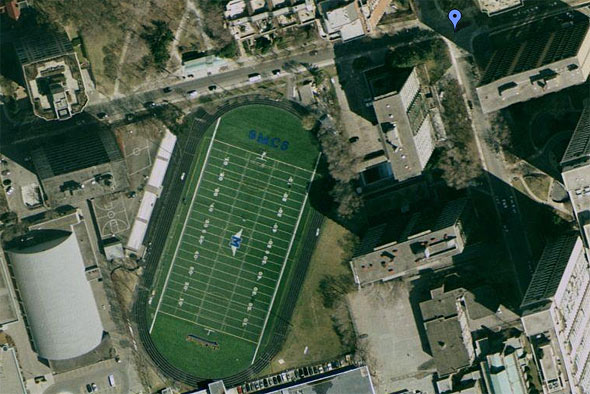