Danny Glover Off the Red Carpet

>
Actor Danny Glover took some time away from the Toronto International Film Festival to speak with Rogers Centre concession workers at Tuesday night's game between the Toronto Blue Jays and the New York Yankees. He is supporting the efforts of the workers to improve their working conditions by forming a union with an organization called UNITE HERE

Danny Glover has been working closely with UNITE HERE across North America to raise the standards for low-waged hotel and food service workers like those at the Rogers Centre. Glover, who attended a union rally outside Rogers Headquarters in August to draw attention to the situation facing these low waged workers, is combining his love of the game and his labour activism while in Toronto for the film festival.

Glover stated, "How can people sustain themselves on minimum wage? Were trying to change the paradigm. Unions have historically fought for the right to bargain collectively. Nobody expects to get rich in this line of work but they do expect to be treated fairly and with dignity. They all work hard and what is Rogers Centre without these workers? It's an empty vessel." 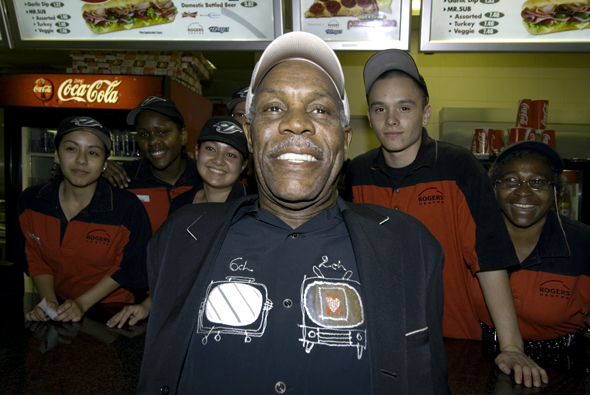