On This Spot: Bloor and Bathurst

Toronto has spent the last few days reminiscing about Ed Mirvish and what he has done for the city. While his contributions to Toronto theatre are no doubt important, Mirvish's most well known property is located at the corner of Bloor and Bathurst.

Draped in flashing lights, tacky slogans, and low prices sits Honest Ed's. While the store is a fixture in the area, having stood on that corner since 1948, the surrounding neighbourhood has definitely been through a great deal of change.

Currently a Pizza Pizza sits across the street from Honest Ed's. Obviously that was not always the case. In fact, before Honest Ed's even moved in, the corner was a home for bargains. 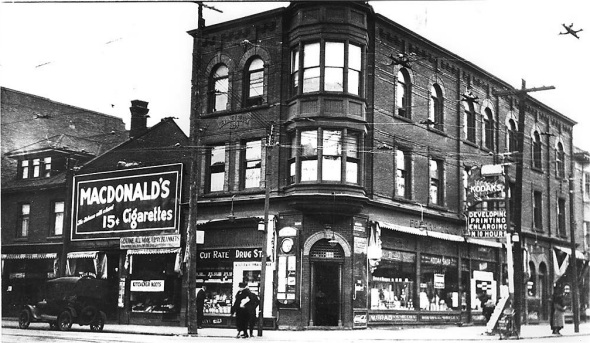 In the early 1920s a Cut Rate Drug Store was located just across Bloor. The store offered
15-cent cigarettes, wool army blankets, Kodak photo developing, and various other goods. The actual structure itself was completely different than the one that stands there today. The current building appears to have been built in the 1970s. 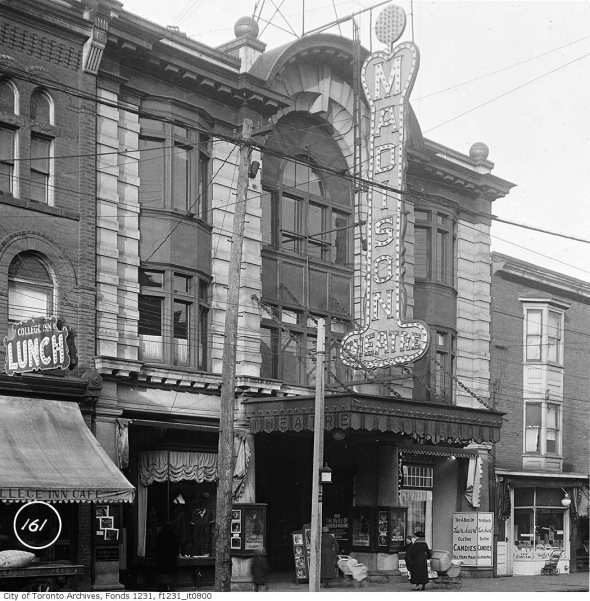 Down the street stood the Madison Theatre. This vaudeville house opened in 1905. It ran theatrical performances as well as motion pictures for many years. When Honest Ed's opened the theatre was known as the Midtown. The theatre went through many cosmetic changes and even more name changes, at one point ending up as an adult movie house named Eden. The building still stands with major architectural changes. It is now known as the Bloor Cinema.

But of course Honest Ed's is the main landmark on that corner. The store had grown and changed a great deal in the last 59 years, but Ed Mirvish's trademark flash and tackiness have been there almost since the day he moved in. 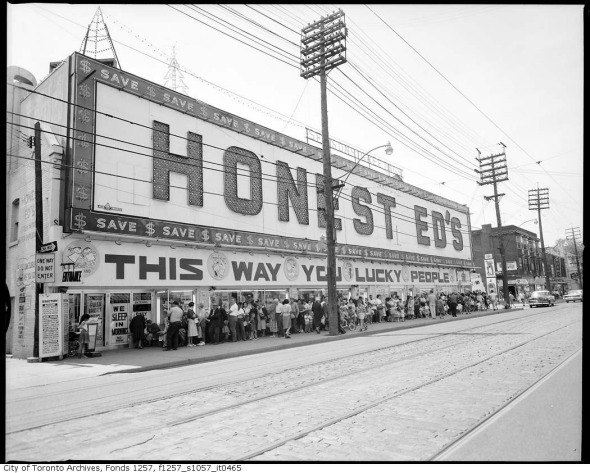