Flames, Neons, and Skull Shifters for Your Forklift

A lot of people will tell you that creating your own niche market is a lot better than joining one already in progress. A lot of people didn't know it at the time, but they really wanted to pimp out their company's forklifts.

Oakville based MasterLift have been doing it for anyone willing to pay up for the past three months. Xzibit might have a laugh at the fact that they haven't bothered to throw an Xbox 360 into a lift yet, but that isn't stopping the company from putting blue neons under the warehouse work horses.

Did I mention you can customize your own lift, including the lift operator? Check out the blogTO Pimped Lift, after the jump. 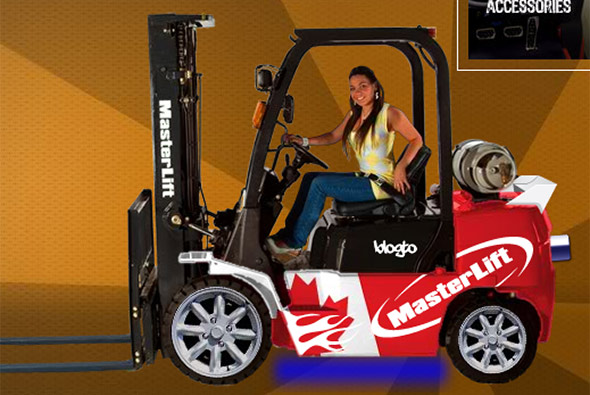 Not too shabby! I'd like a few more font options, red neons and maybe some capital lettering, but be damned if that isn't pretty forking nifty. Masterlift have only been offering the service for three months and have already completed 20 custom forklifts. When this first debuted the options were somewhat lacking, but with another dozen or so choices in drivers, I'm not complaining!

If you want to make your own customized forklift, check out the Pimp My Lift website. You might wanna turn the volume down, though.