What will no doubt be Pride Week's glitziest event, Wednesday's Pride Toronto Gala & Awards brought out several Canadian politicians and honorees from the GLBT community.

Done up in the style of a 1966 Truman Capote black and white ball, guests arrived along the black carpet in Toronto's Historic Distillery District in style while donning elaborate (and of course, colourful) masks.

Keep reading for photos and highlights of the evening. 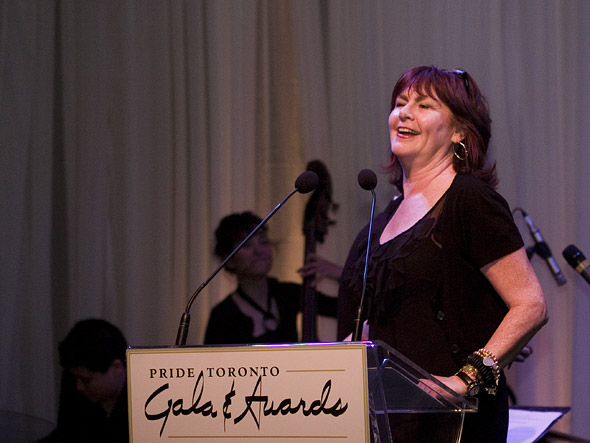 Hosting was Mary Walsh of CBC and This Hour Has 22 Minutes fame, got in more than her fair share of choice quotes. In talking about the absence of event co-chairs Justin Trudeau and Sook-Yin Lee, "doesn't believe in Sook-Yin," after experiencing first-hand her many no-shows. Pre-recorded messages from both Trudeau and Lee expressing their support for Pride and the night's festivities were then played.

Later, after noting how eerily Ben Mulroney is beginning to look like Eddie Munster, she introduced Toronto MP Kyle Rae as "Kylie" and intentional or not, the crowd loved it. 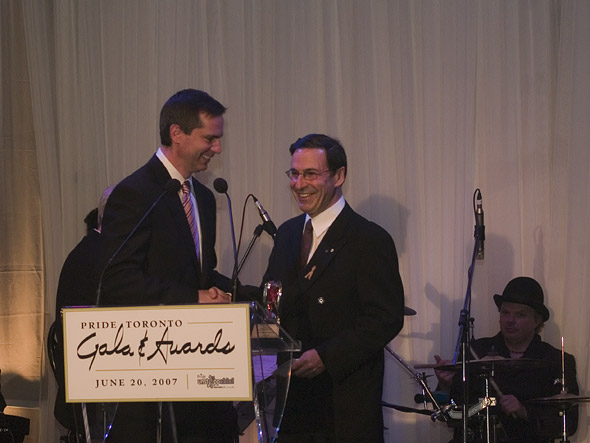 Getting into the awards themselves, in between proposing plans to overhaul the TTC and promoting energy-efficient appliances (does anyone smell an election? blogTO Editor, Jerrold notes, "GLBTs want LRTs!"), Dalton McGuinty made an appearance to present the Science, Medicine & Technology award to Mark Wainberg. He also seized the opportunity to get in a few jabs at the Conservative party, noting the clear lack of support from the federal government both for Pride Toronto, and the event itself.

Though, who can blame him? He had a captive audience of easily 500 of among Toronto's wealthy (paying $300 a plate), and a good amount of speaking time.

Wainberg also made sure to reiterate his disappointment in Harper's no-show at last year's AIDS conference in Toronto, which garnered a huge response from those in attendance. 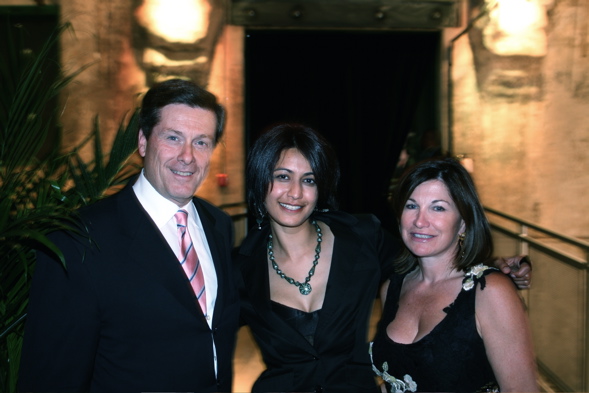 Almost too perfectly timed, shortly after McGuinty and his entourage of security called it a night, Progressive Conservative leader John Tory made a surprise appearance, seen here with Toronto Pride executive director and renowned hottie Fatima and his wife (right). 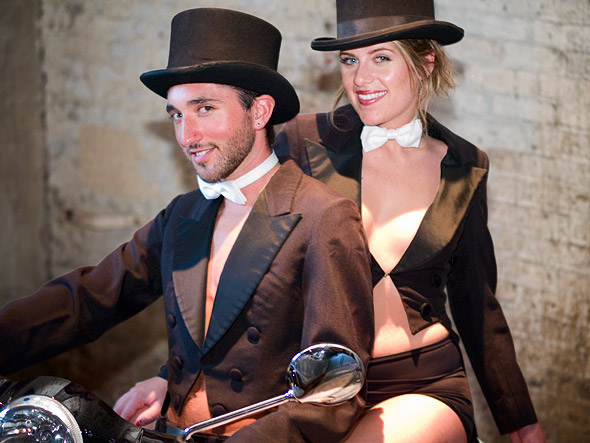 Auctioned off throughout the evening for $5,500 was a Vespa (shown above, appreciating in value by the second whilst being mounted by scantily-clad models) signed by artists and celebs from the other night's True Colo(u)rs show.

Later, what I can only assume (and hope) was a copy of Canada's same-sex union bill went for no less than $13,000. Indeed it's a pretty important piece of queer history, but it was certainly an odd choice for an auction item. 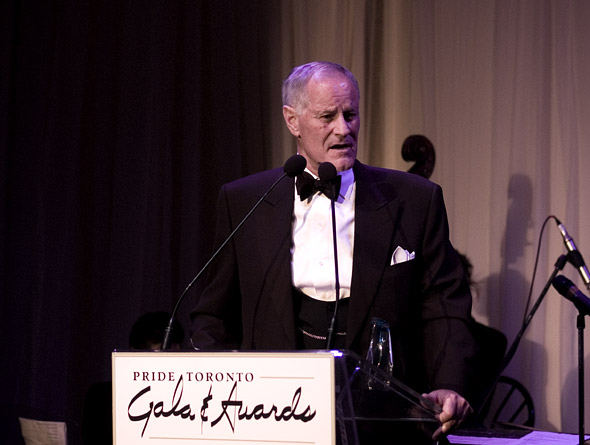 Now-retired MP and former Minister of Defence Bill Graham accepts the Lifetime Achievement award, expressing how proud he was when the Martin-era same-sex marriage bill was passed with an overwhelming majority. 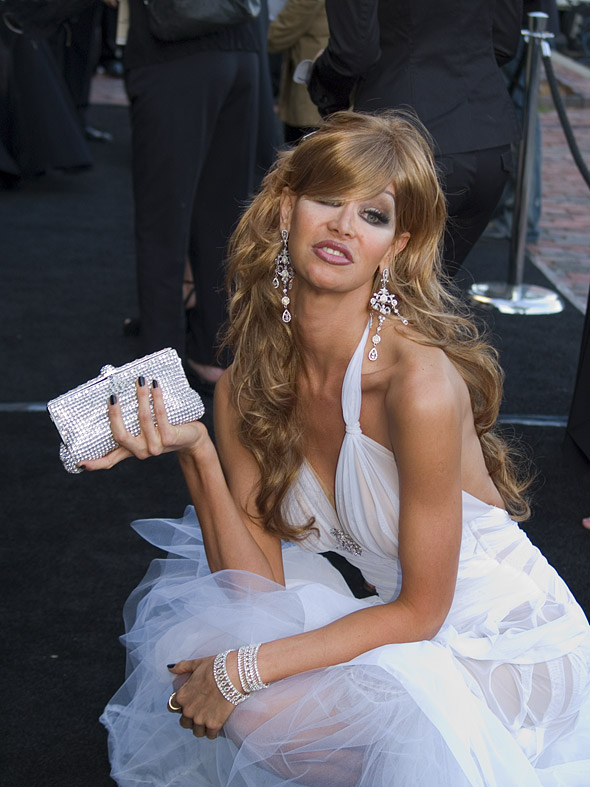 "When I see a beautiful woman, I'm not intimidated by her, I'm inspired by her."
-- Nina Arsenault, Toronto Pride Gala & Awards, 2007

The Pride Toronto "Unstoppable!" award was presented to Nina Arsenault for her perseverance and tenacity over the many years during which she progressed through her transformation into a woman.

Photos by Jerrold (his Flickr stream), one by myself (my stream)