Open Cities â a weekend-long celebration that asks how we can collaboratively add more open to the urban landscape we share â kicks off this Saturday at the Centre for Social Innovation. I'll be there, Macbook in hand, to share my ideas about openness in Toronto, along with concerned citizens from across the city and country.

One of those concerned citizens is David Eaves, an independent consultant who advises companies, non-profits and government agencies around the world on negotiation, strategy and public policy. Self-proclaimed "impostor" on the organizing committee (he lives in Vancouver), you may have read David's op-eds in the Globe & Mail and Toronto Star.

I recently had the chance to ask David a few questions about his thoughts about Open Cities in Toronto and around the world. 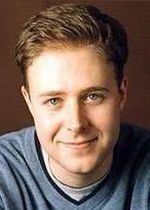 What is an Open City in your eyes?
A city where the physical, technological and political infrastructure enables citizens to create their own projects or contribute to those that are ongoing - be they private, public or non-profit. Where decision making is as flat and transparent as possible so that an Open City both nourishes and draws from its most valuable resource: its citizens.

What can Toronto do to achieve this vision?
Open up its policies - let us all comment!

What are you most excited about for the Open Cities event this weekend?
The chance to meet people working with open technologies and methodologies in many different fields - to find out what we have in common, to exchange ideas and think about what a more open Toronto would look like.

Find out more about David Eaves at eaves.ca or say hello at Open Cities this weekend. More information about Open Cities Toronto 2007 can be found at OpenCities.ca. Registration is still currently open. Stay tuned for live coverage from the event on blogTO.